The New-York Historical Society was formed in 1804 and is New York’s first museum – making it a must-visit if you’re interested in the kind of history that lies not just within the museum, but in the very walls of its building. 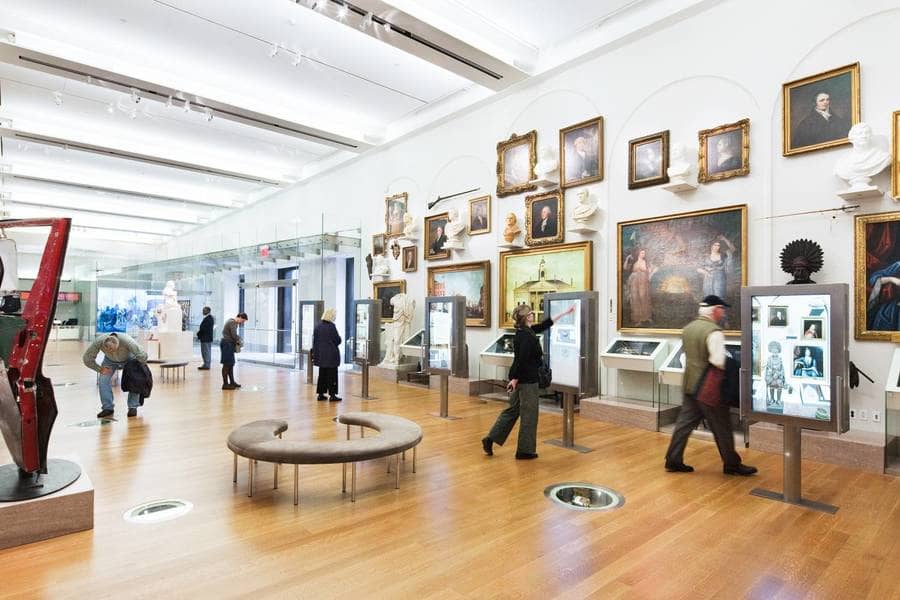 It boasts a whopping 1.6 million-piece collection and includes items like George Washington’s bed from Valley Forge and watercolors of the Hudson River School. The museum’s main dining venue has also become part of its attraction, and you must stop by Caffè Storico for their salumi and lobster linguine.

The Metropolitan Museum of Art

Also known as the Met, the Metropolitan Museum of Art has an extensive permanent collection, as well as many enlightening exhibits. It has been the cultural epicenter of New York City for nearly 150 years.

The building itself has a Gothic Revival-style structure and tiered steps and is located near Central Park, making it a popular attraction. Once you step inside, you’ll feel a surreal, overwhelming sense of possibility lies ahead of you, despite the throng of visitors distracting your focus.

The American Museum of Natural History

This museum is so famous, it’s even got movies based on it. It covers four city blocks just across from Central Park, and within its walls are all aspects of the natural world. Its vast collection really makes the American Museum of Natural History one of the world’s great natural museums. 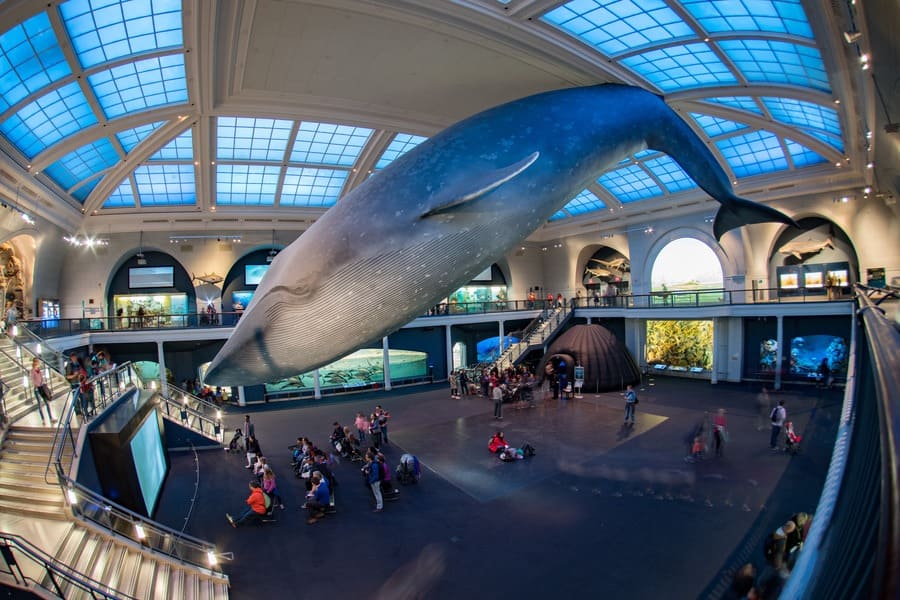 Taxidermy mammals, a hall dedicated to marine life, depictions of the lives of Native Americans, a life-sized model of a blue whale – you’ll find them all exhibited inside this fantastic museum. But the exhibit that takes the crown is the skeleton of a Tyrannosaurus Rex in the center of the dinosaur floor.

The Guggenheim is NYC’s must-visit museum that holds the modern art collection of Solomon R. Guggenheim. This includes work by Picasso, Kandinsky, Klee, and others. But that’s not the only thing that makes the museum so iconic. 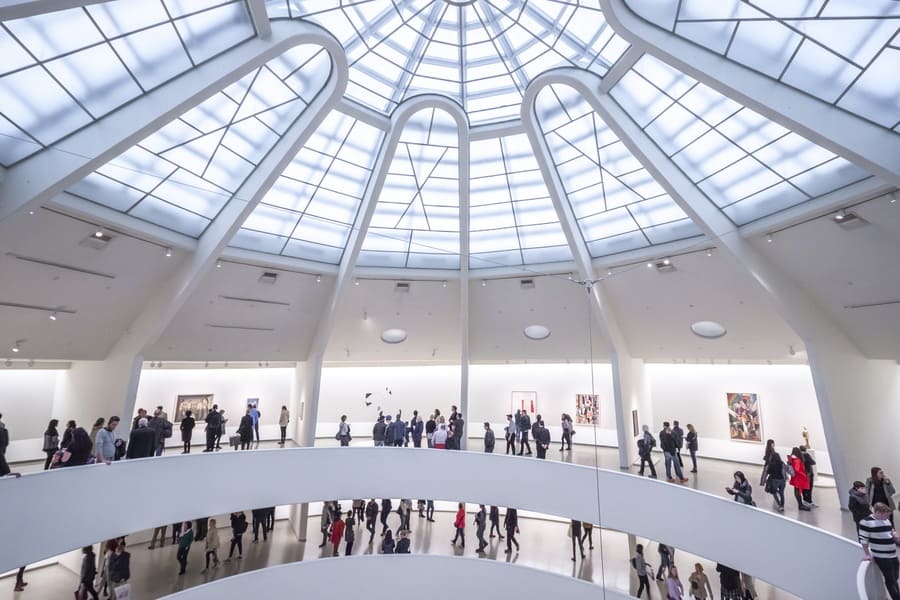 The building itself, designed by Frank Lloyd Wright, was built as a circular concrete structure – a stark deviation from not just other museums, but also the buildings in the vicinity surrounding it. Inside is a spiraling central ramp which creates an open interior, and light floods in from the dome above.

What Do You Really Know About Ellis Island?

Museum of the City of New York

The Museum of the City of New York is all about NYC history but is so low-key that most New Yorkers don’t even know that it exists. The Colonial-style structure was built in 1932 near the top of Central Park, specifically for the purpose of housing this museum. 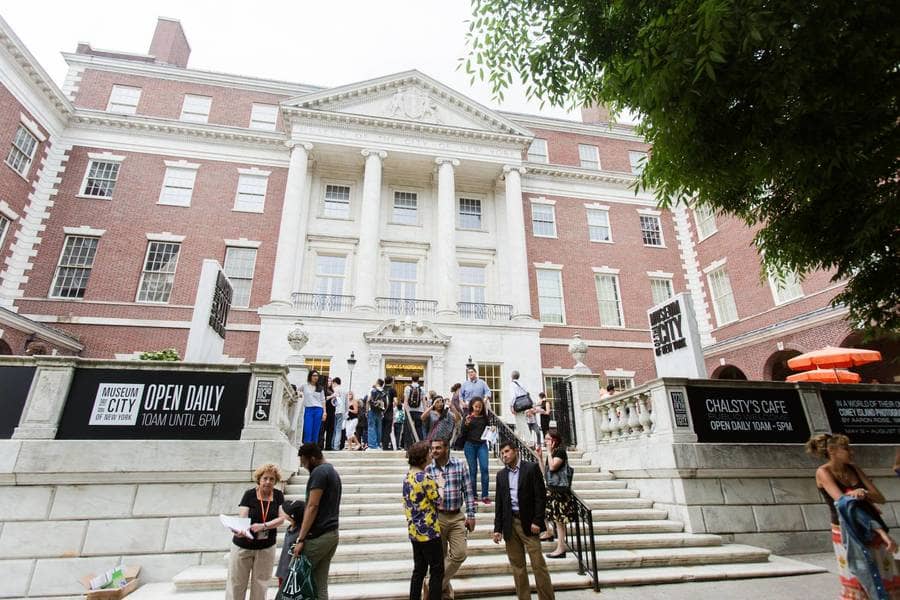 The Museum has a staggering collection of over 1.5 million pieces, which include photography, paintings, drawings, furniture, blueprints, manuscripts – you name it. Anything that has something to do with the history of the Big Apple’s five boroughs can be found here.

The American Folk Art Museum is about showcasing art, creativity, and history less-heard-of. It welcomes work by Americans who’ve had no formal training in the arts, but are talented enough to produce something unique and beautiful, something which tells the untold story of their lives. 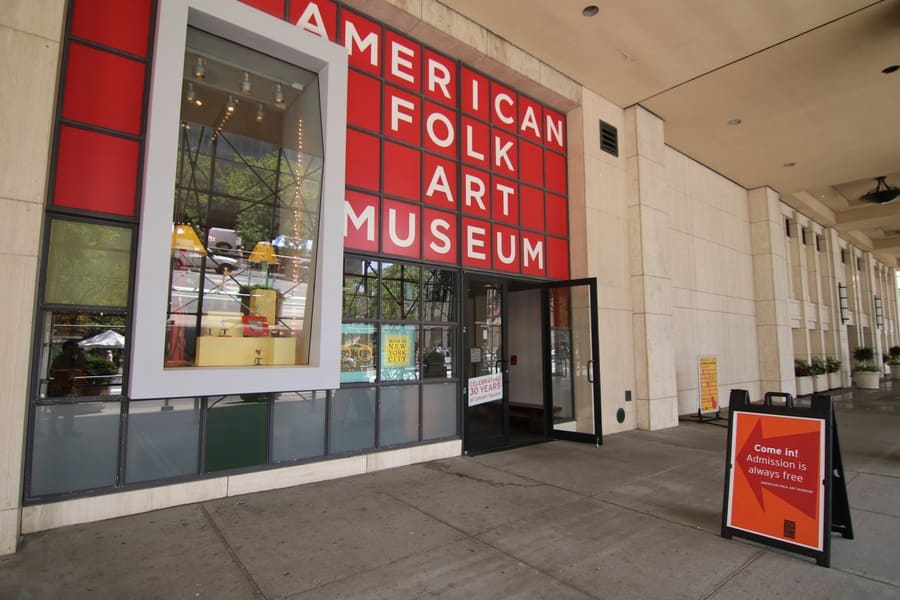 When you visit, you’ll be blown away by a delightful array of handmade books, antique toys, and paintings of rural life, sculptures, miniatures, and historic furniture. You’ll see the lives of the artists in their art – perhaps names unheard of, but their art celebrated.