On the second night of Nusr-Et’s grand opening in Manhattan, where rapper Fat Joe was dining at the restaurant, he watched as chef and owner Nusret Gokce — also known as Salt Bae — began his routine. At 6:30 pm, in his white t-shirt, dark pants, and gold-rimmed sunglasses, the “internet’s sexiest butcher” strutted to a table. 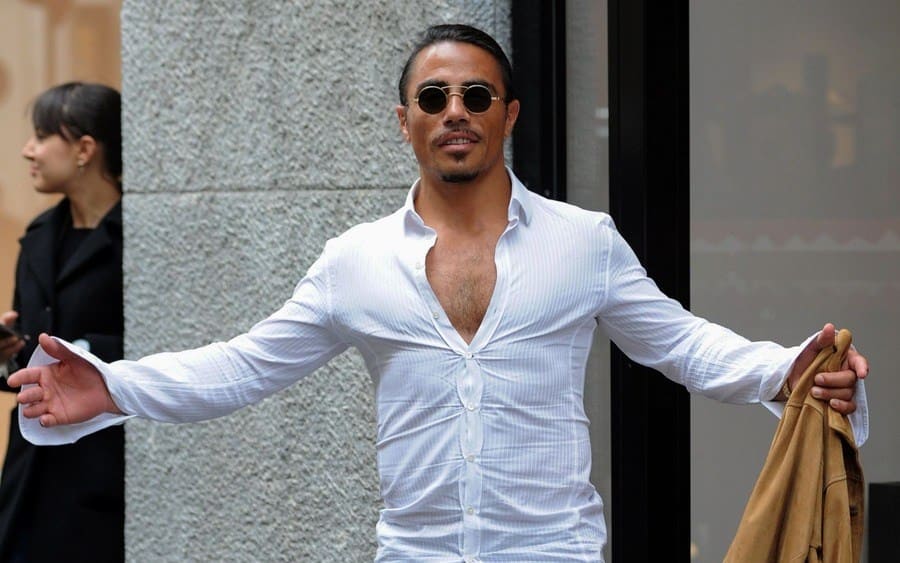 Nusret Gokce out and about, Milan, Italy. Photo By Mimmo Carriero/IPA/Shutterstock

He grabbed a $130 ribeye steak by its bone with his left hand, and with his right hand, he sliced off the medium-rare meat in one swipe. He then cut the steak into strips as his hips were moving in rhythm with his knife. You could just hear the music that was likely playing in his mind.

The Moment They Waited For

Then came the moment everyone in the place had been waiting for — Bae sent salt cascading from the palm of his hand, down his arm and onto the perfectly seared steak, as well as the guests’ laps. “All of my feelings are coming from inside of the meat down to when I put the salt onto the meat,” the chef explained to NBC News. 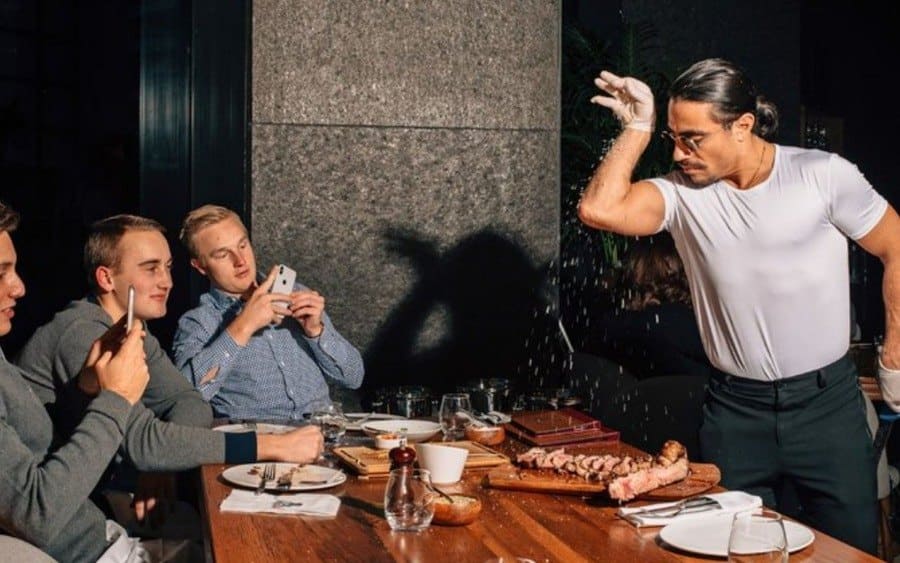 He then turned on his heel and, not saying a word, moved on to the next table. The whole move lasted 45 seconds – you know, the perfect length for an Instagram video. It didn’t really matter that Bae repeated the same number for everyone who ordered the same dish. No one looked disappointed.

It’s pretty clear what attracts the masses to this restaurant. People are willing to spend half a month’s rent on one dinner, and it’s not even the food that reels them in. As GQ’s Joshua David Stein put it, “Is the steak transcendent? No, the steak is mundane, somewhat tough, and rather bland. The hamburger is overcooked. The tartare is over-chopped. Does that matter? It does not matter.” 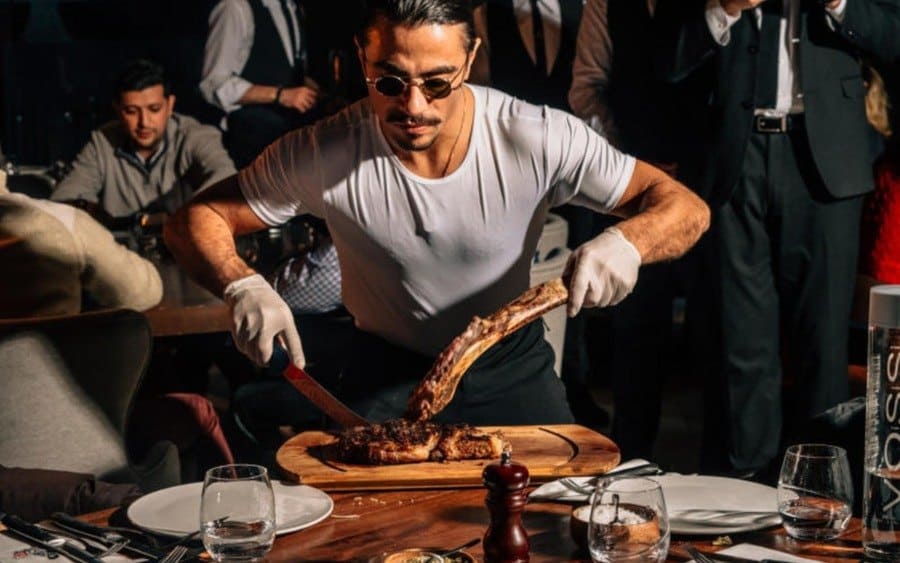 He went to say that, “One does not visit Salt Bae for steak alone any more than one goes to Mass for the wafers.” So who is this guy who charmed the likes of Leonardo Di Carpio, who sat captivated by the chef’s routine in 2017?

A Meme Was Born

Nusret Gokce’s rise to stardom began on January 7, 2017, which was the day he posted a 36-second video on Instagram. He called it “Ottoman Steak.” In the short clip, he performed his signature moves, slicing the steak and with his patented sprinkling of salt. The Twitter universe discovered the clip and ran with it. 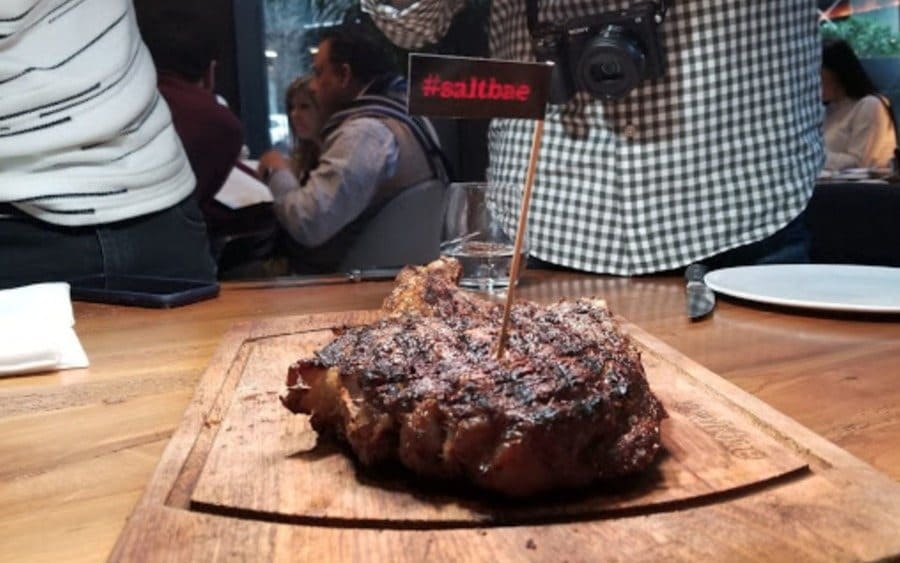 The next day, Bruno Mars tweeted a photo of Salt Bae, captioning it: “Annndddd, I’m out.” And thus, a meme was born. Within 48 hours, Mars’ post had 2.4 million views. Now, it has about 17 million. Gokce was born near Istanbul, Turkey, in 1983. By the time he was 13, he was working long hours as an apprentice to a local butcher. The rest is history.