There was a time when being vegan was tough, as not many restaurants served vegan food, and you had to make do with salads, most of the time. Even cooking at home was a nuisance as the supplies were expensive and online recipes were scarce and hard to follow. However, times have changed, and there are various vegan eateries across the country to choose from. Here are some of the worth-mentioning ones:

Present within the Bushwick neighborhood in Brooklyn, the Bunna Café is known for its elegant ambiance, relaxing music and tasty Ethiopian cuisine. 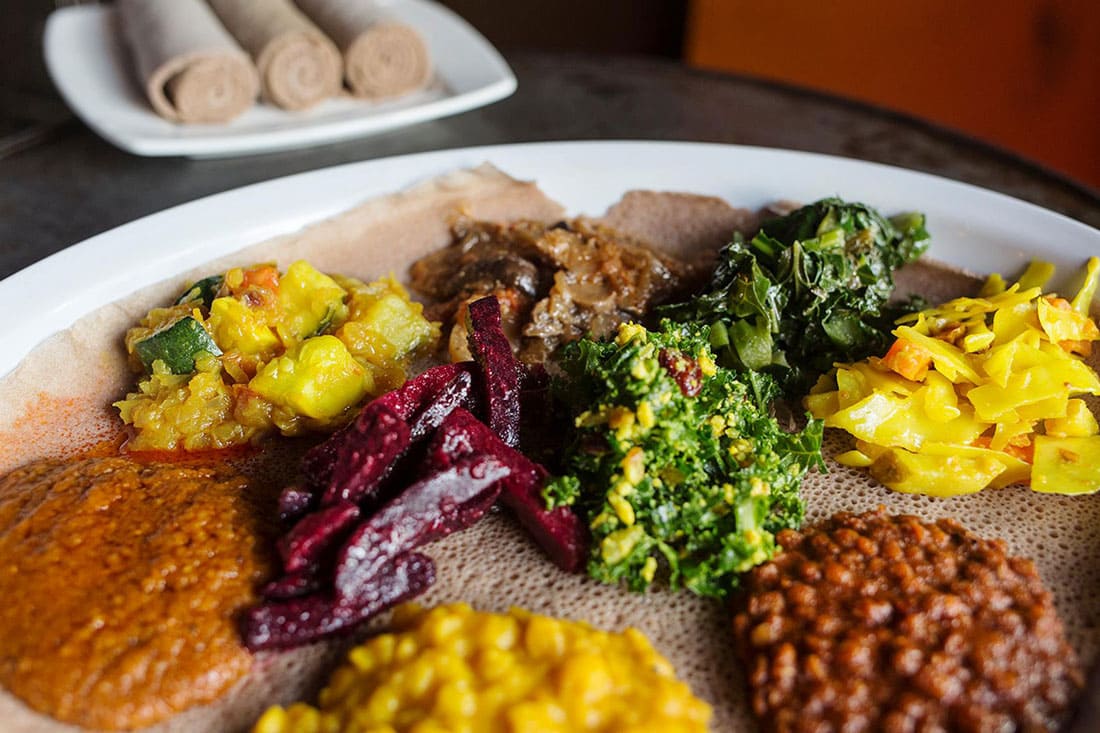 The feast for two in just $34 is the restaurant’s prime serving. It includes all the nine trademark dishes like Enguday tibs (which is mainly mushrooms fried in rosemary, ginger, garlic, onion, and peppers), a seasonal rotator dish and the keysir selata (fried carrots, beets, and potatoes).

Au Lac is known for the versatility of its menu. In addition to all the standard vegan options, it also includes some of the best Vietnamese delicacies. Even though it’s located inside a strip mall, upholders of the vegan lifestyle don’t shy away from visiting the place every now and again. 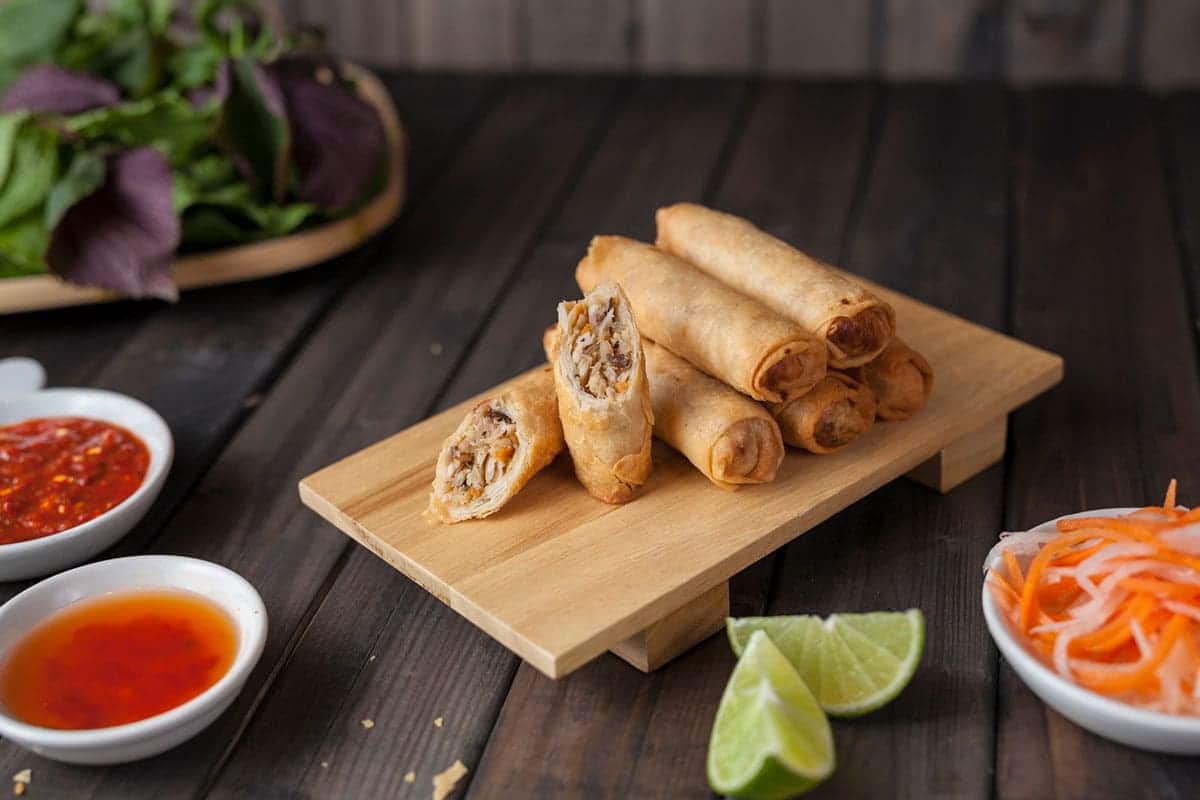 From yam shrimp battered in salt and pepper to tens of gluten-free options, you get it all at Au Lac! Another trivia about the fact (that might come in handy) is that the chef of the place Ito took a permanent vow of silence some years ago and still adheres to it.

Elizabeth’s Gone Raw charges 80$ per person and gives you a fine-dining experience that you fail to find elsewhere. The dinner can only be had on Friday nights within an iconic townhome in Washington DC. If you want to go the extra mile and have organic wine pairings during your delicious dinner, you can get it for an additional 60$. 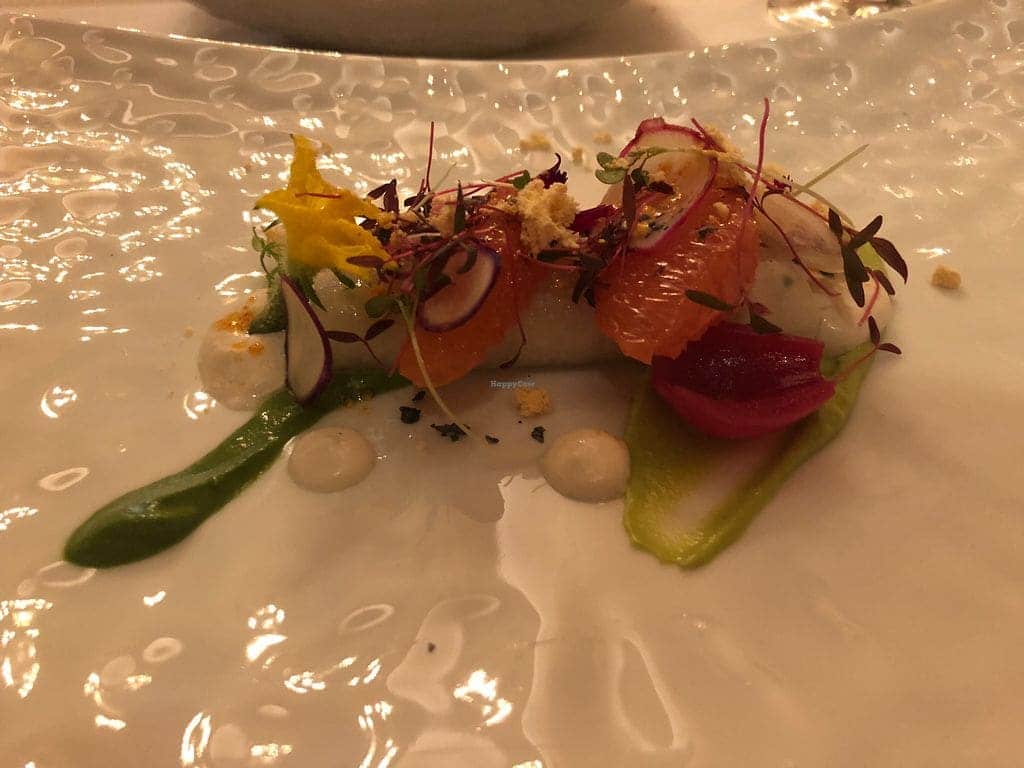 From cherry-chartreuse pearls to a crunchy gorgonzola cheese cassava cup, you will get it all here. All menu items are entirely plant-based.

The completely plant-based menu in Bombon is personalized according to the demands and desires of every customer. You get an intelligent, decadent combination of Puerto Rican and local dishes served to you within an awe-inspiring ambiance. 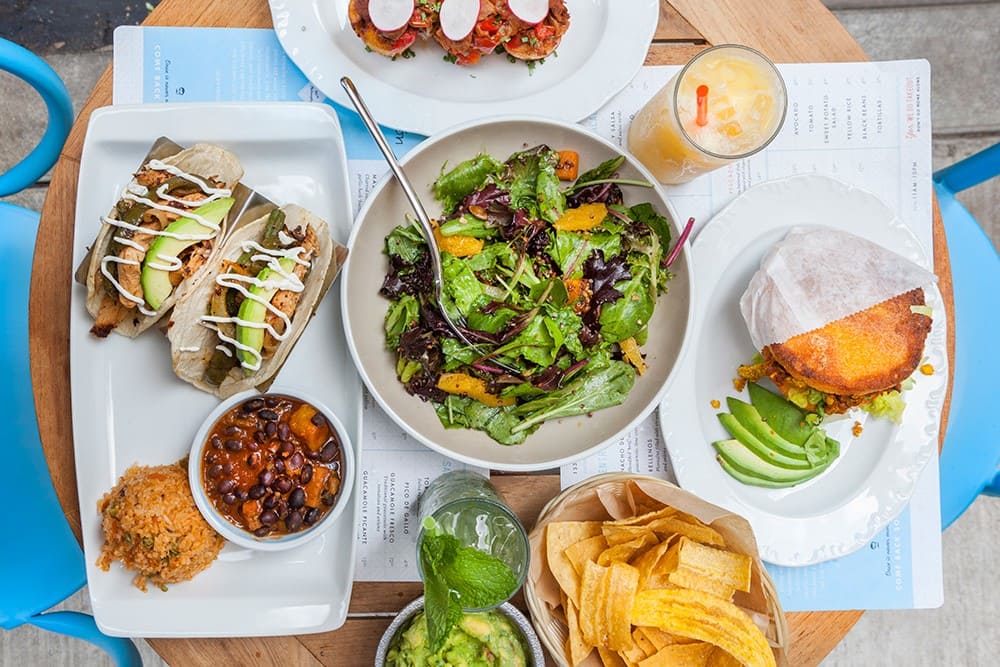 You can have the French toast (stuffed with coconut) during Lunch and harvest guacamole, consisting of sundried tomatoes, butternut squash, spiced pepitas, and maple drizzle, would be just fine for dinner. These are not the only options though; you have plenty of menu pages to turn!

Plum Bistro is the ideal place for people who haven’t decided what they want to eat, and wish someone to surprise them pleasantly, or at least offer them viable choices. They serve different dishes from different cuisines; all vegan. Whether you want a bowl of sweet potato gnocchi or want to taste some of the juiciest yam and jerk tofu burgers, you can satisfy your cravings at Plum Bistro. 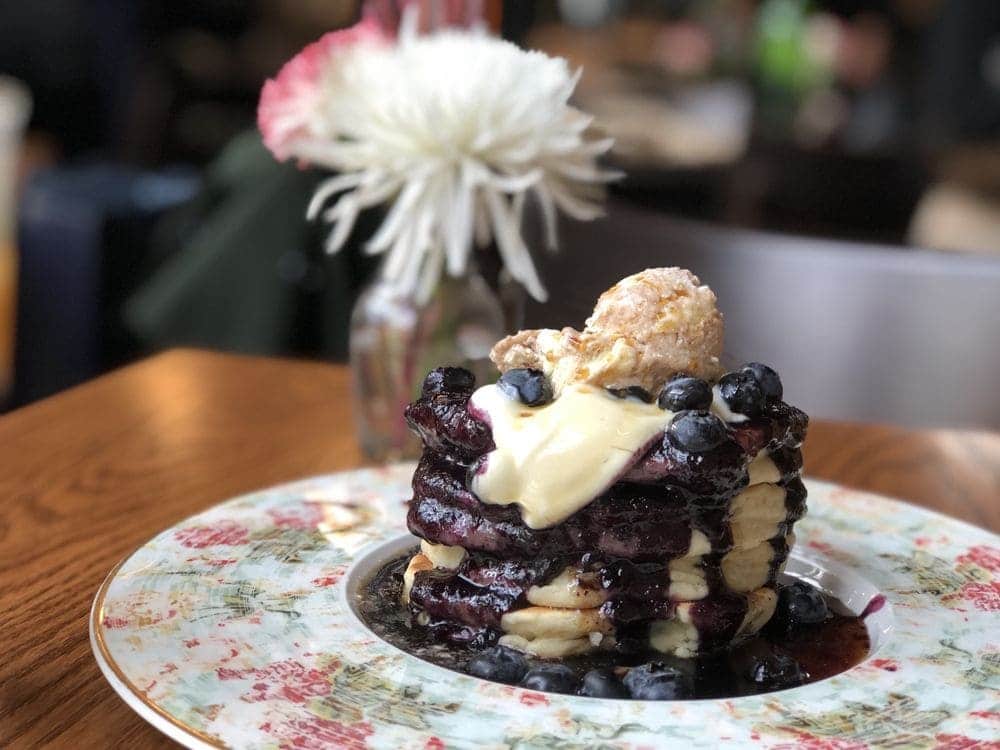 There are two takeout counters across Seattle; along with a treat shop that serves vegan ice cream, cookies and brownies; and a food truck that chucks out salads and sandwiches.

If upscale vegan cuisine catches your fancy, then Plant Miami will be your very own heaven on Earth. The ambiance is better than any fine dining restaurant you might have been to, and the wait staff is also famously polite and helpful. The ingredients for the vegan dishes pass through a variety of culinary processes that are usually reserved for fancy steakhouses and other meat-oriented dishes. 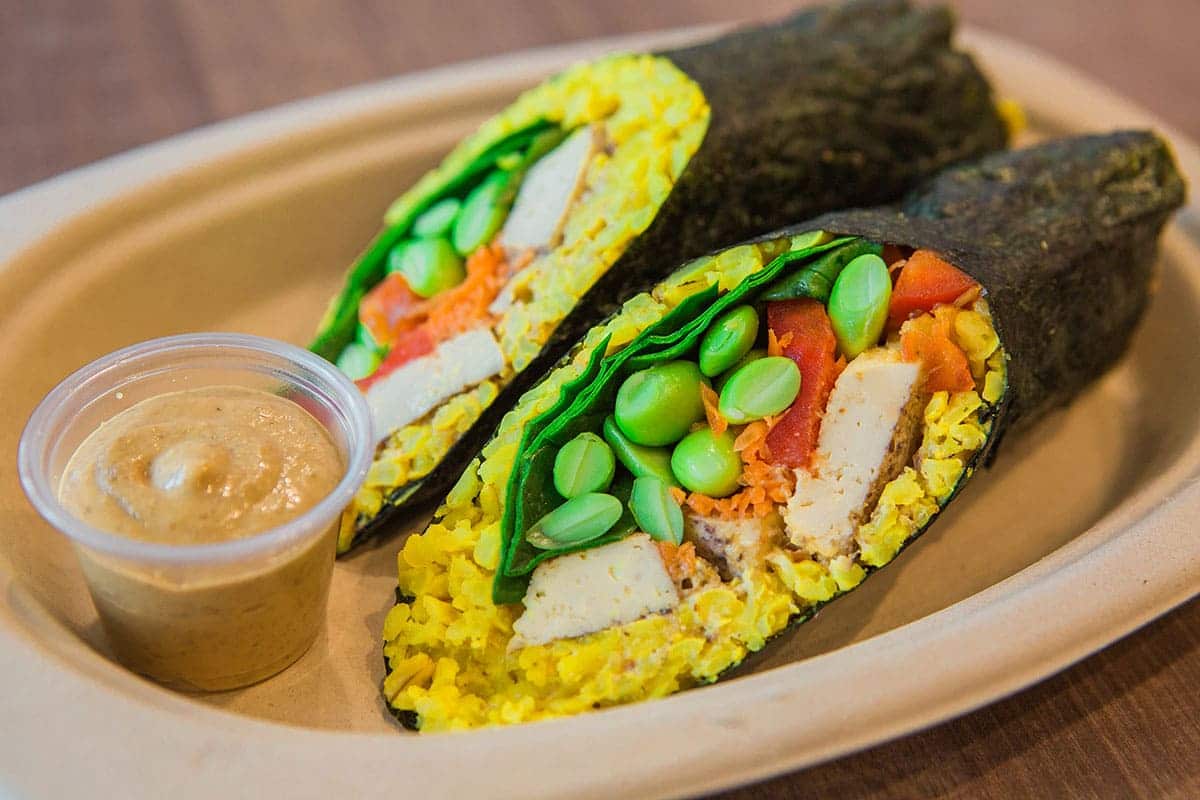 Horacio Rivadero is the Executive chef while Veronica Manolizi acts as the pastry chef. Together, they dehydrate, disintegrate and reintegrate eggplants, mushrooms, and quinoa to conjure up items like the Mediterranean bowl (sprouted hummus, tzatziki, buckwheat tabbouleh, and almond falafel) and summer squash lasagne (heirloom tomato kale pesto, Spinach Bechamel, and Walnut Bolognese). If you want to have a vegan dining experience of a lifetime, do visit Plant Miami.

Barbeque? Vegan? Wondering how these two words are being used in the same sentence? Well, you did hear right, Homegrown Smoker does precisely what its name suggests; it smokes organic, homegrown stuff. 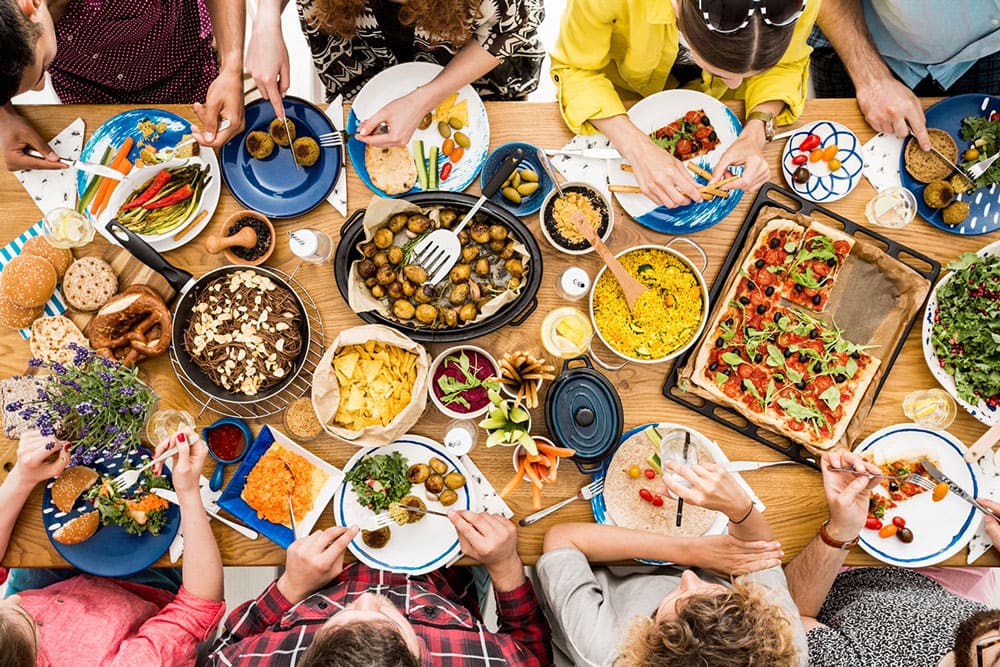 What started as a pushcart business, has now evolved into a full-fledged restaurant which serves the most decadent soy-based chicken, seitan burgers, tempeh ribs, tofu fish fillets and other vegan barbeque dishes you can ever find. If you want to have a taste of everything on offer, go for the combo plate, which is bound to make you think, “Is this not meat?”

Get Nostalgic at Donna Jean in San Diego, California

Roy Elam named the restaurant after his late mother, and every time you eat at Donna Jean, you are bound to take a trip down memory lane and feel nostalgic about the delicious meals your mother used to make (or still makes). The restaurant has been operational since August 2017, and they serve some of the finest vegan food, made entirely of vegan ingredients. 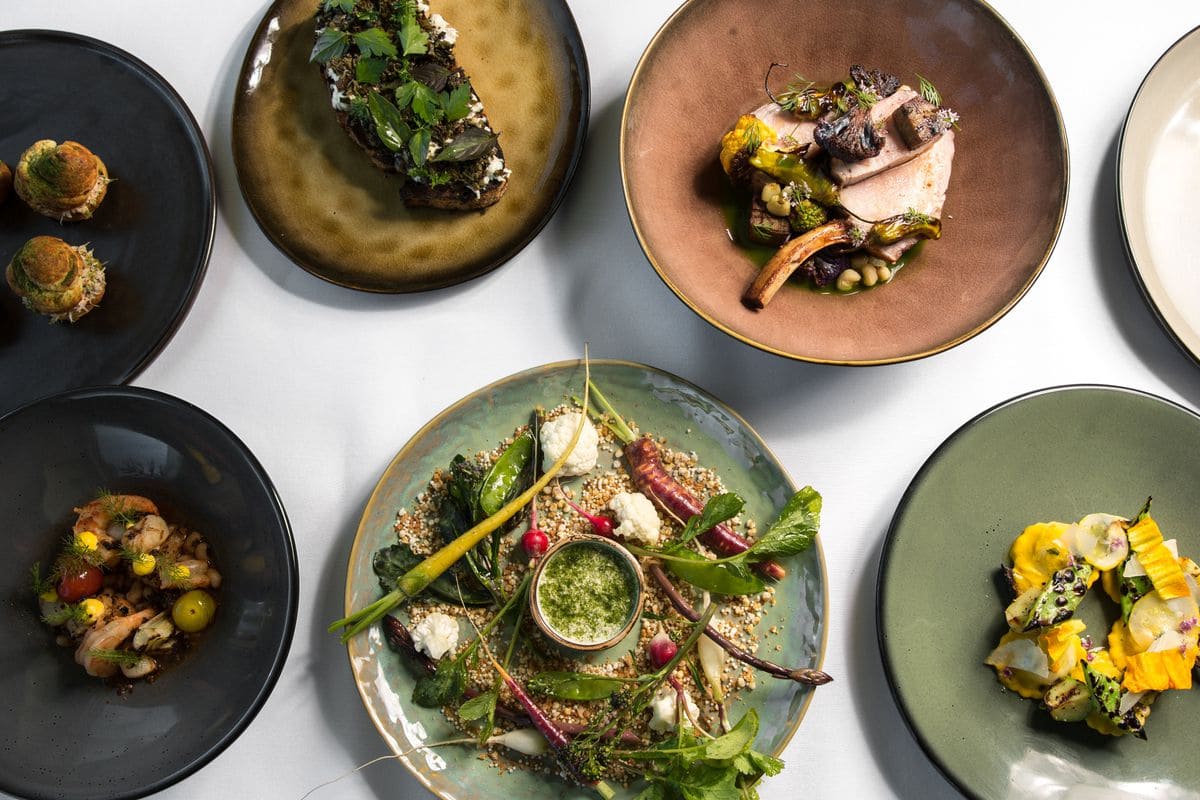 The herbs are picked from the garden present on-site, so if you are interested in taking a peek at what you are eating, you are more than welcome. The socca pizzas, made up of chickpea flour are a must try, in addition to the mac and cheese!

Chicago Diner was ahead of its time when it started serving meat-free food back in 1983. Many decades have passed, but the restaurant still holds its own against some of the finest restaurants in the US. The Reuben sandwich is a hot favorite among the patrons. 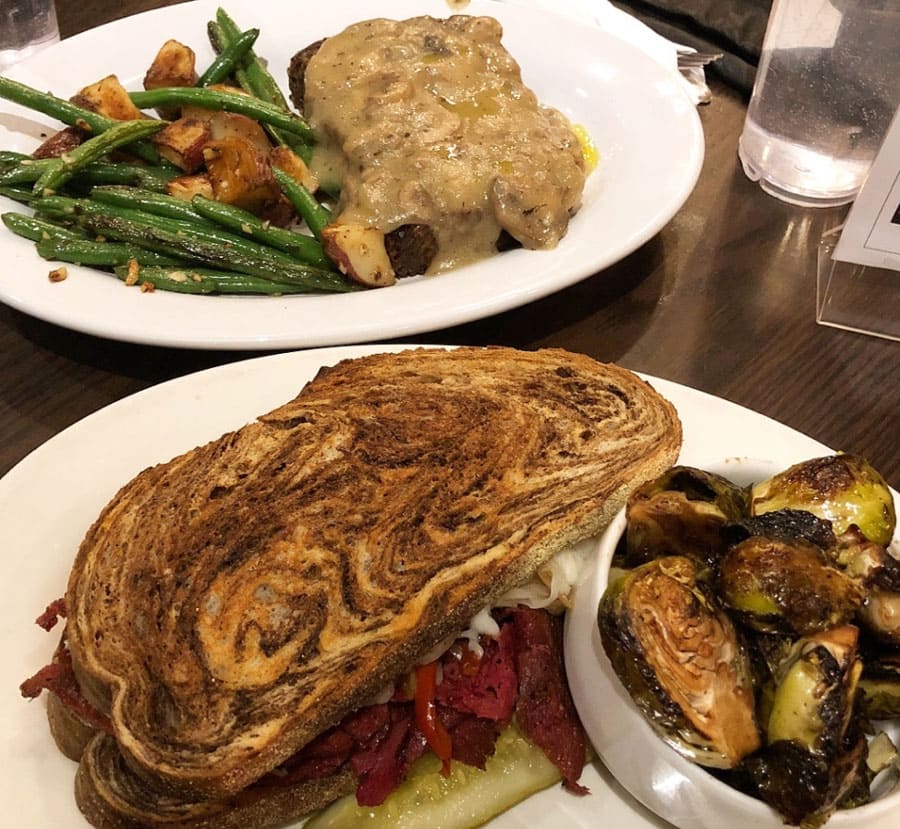 It is made up of grilled onions, peppers, the special Thousand Island dressing, cheese and of course corned beef seitan. If you are in Chicago and want to visit a place old-school, Chicago Diner is it!

Get Classy at by Chloe in Boston, Massachusetts

Chloe is easily one of the most famous and respected vegan places in the country. It first started operations in New York City (where it now has 6 locations along with two sweet shops) before opening a restaurant in Boston in 2017. 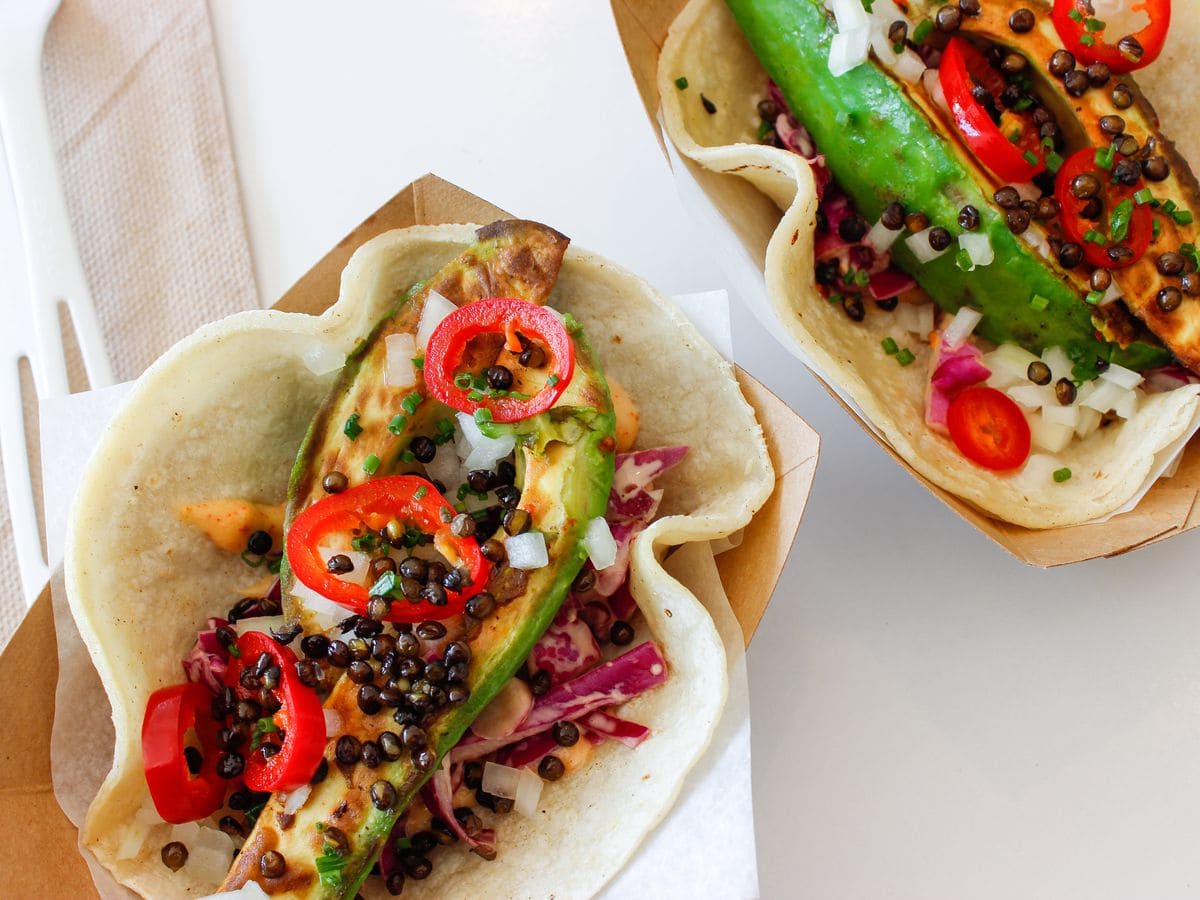 Chloe has been known to spread the vegan wave throughout the country by serving food that doesn’t taste meat-free at all. The Boston branch is home to some of the most exclusive items including clam chowder and vegan lobster rolls.