Trying new food can be an advantageous and exciting experience. It doesn’t always work out the way you hope, but some new foods could turn out to be your favorites, so they’re still worth a try. There are some very odd foods all around the world that are worth tasting at least once in your life. The important thing is not to judge these books by their covers; these foods may look or smell strange, but they have delightful tastes.

A Sausage Made From Blood

Over in Europe and some other parts of the world, it’s widespread to make individual dishes and foods with blood. Blood sausage, also known as blood pudding, is a popular example. The blood is mixed with various additional ingredients like grains or fat and can be eaten at any time of day. 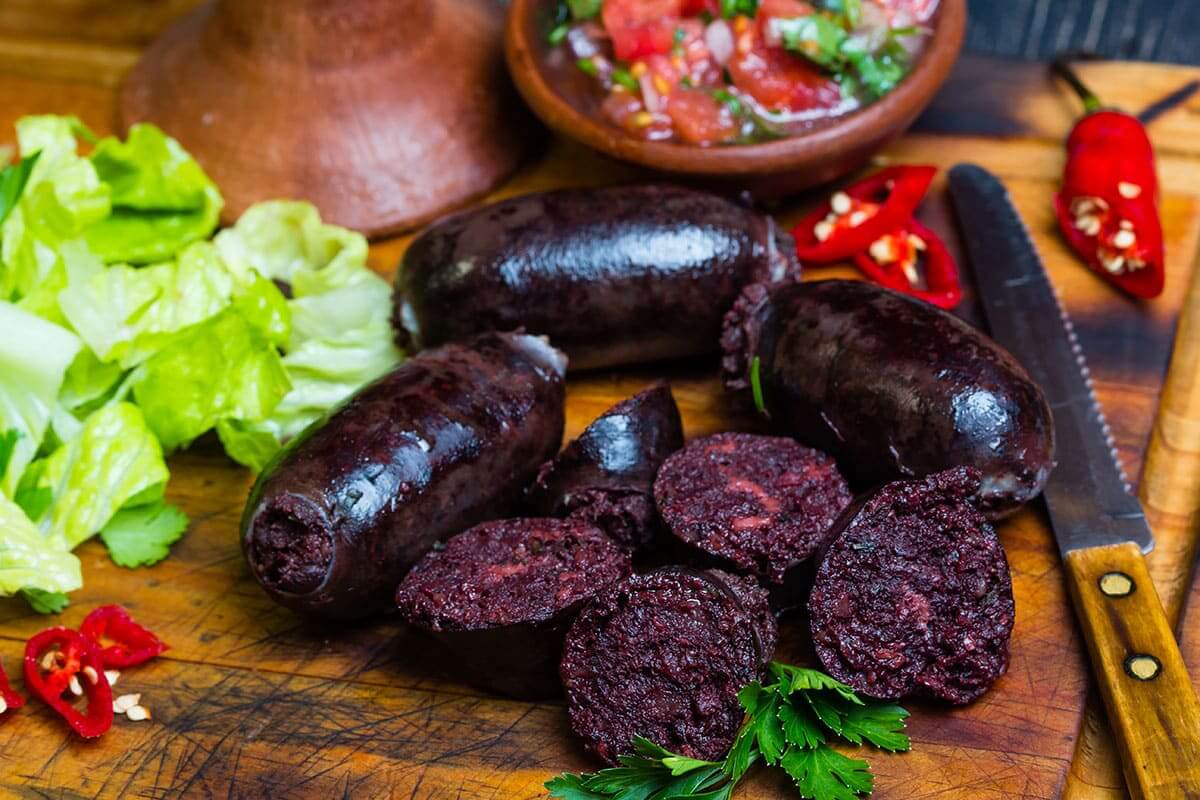 In the UK, it’s quite a common thing to have for breakfast, while over in France, it’s more popular as an evening meal, covered in a kind of apple sauce.

A Popular Treat For Cowboys

Many of the food items in this list are eaten in exotic locales around Asia or Africa, but this one comes straight from the US of A. ‘Rocky Mountain Oysters’ may just look like some fried pieces of meat at first, but they’re made of bull testicles. 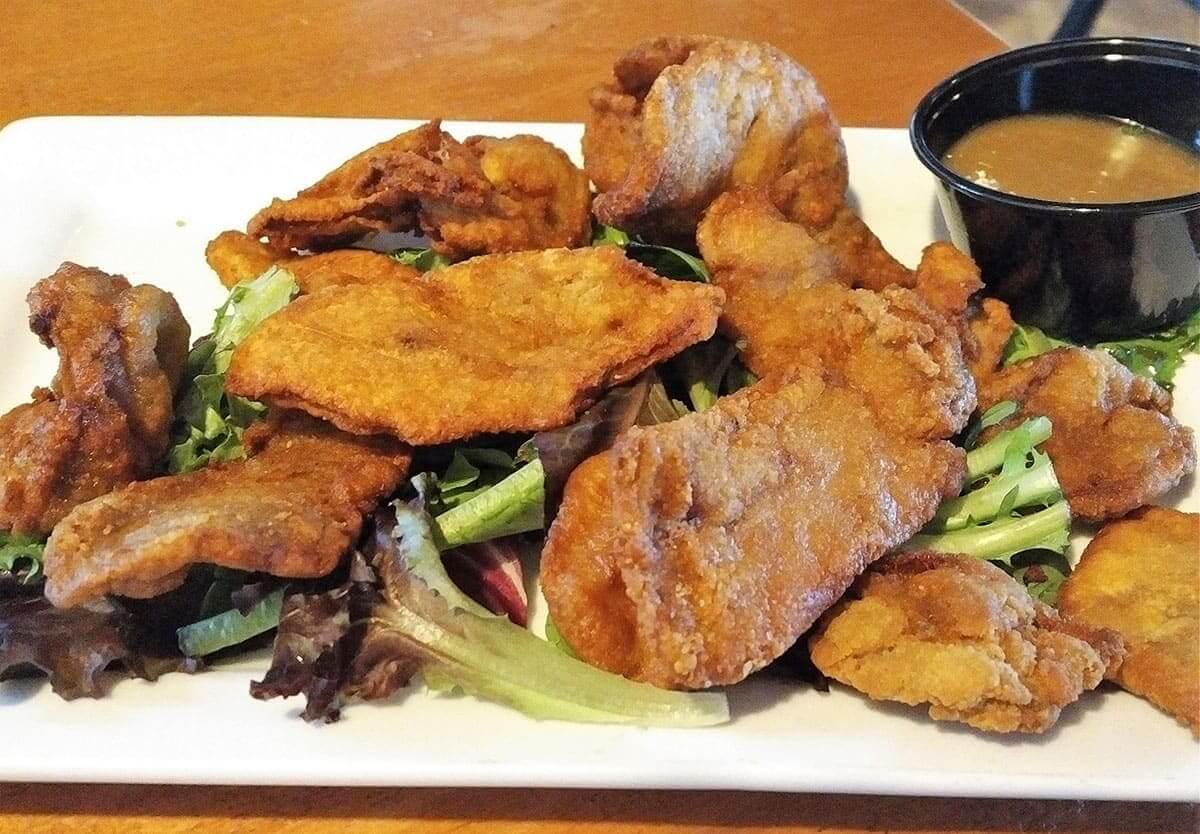 Allegedly, cowboys used to love these snacks back in the days of the Old West, and they’re still popular today with people who are brave enough to give them a try.

Cooked In A Sheep’s Stomach

The national dish of Scotland, haggis has been beloved by countless generations of Scottish people and has also become people in various other nations all around the world, but you have to have a strong stomach to give it a try. 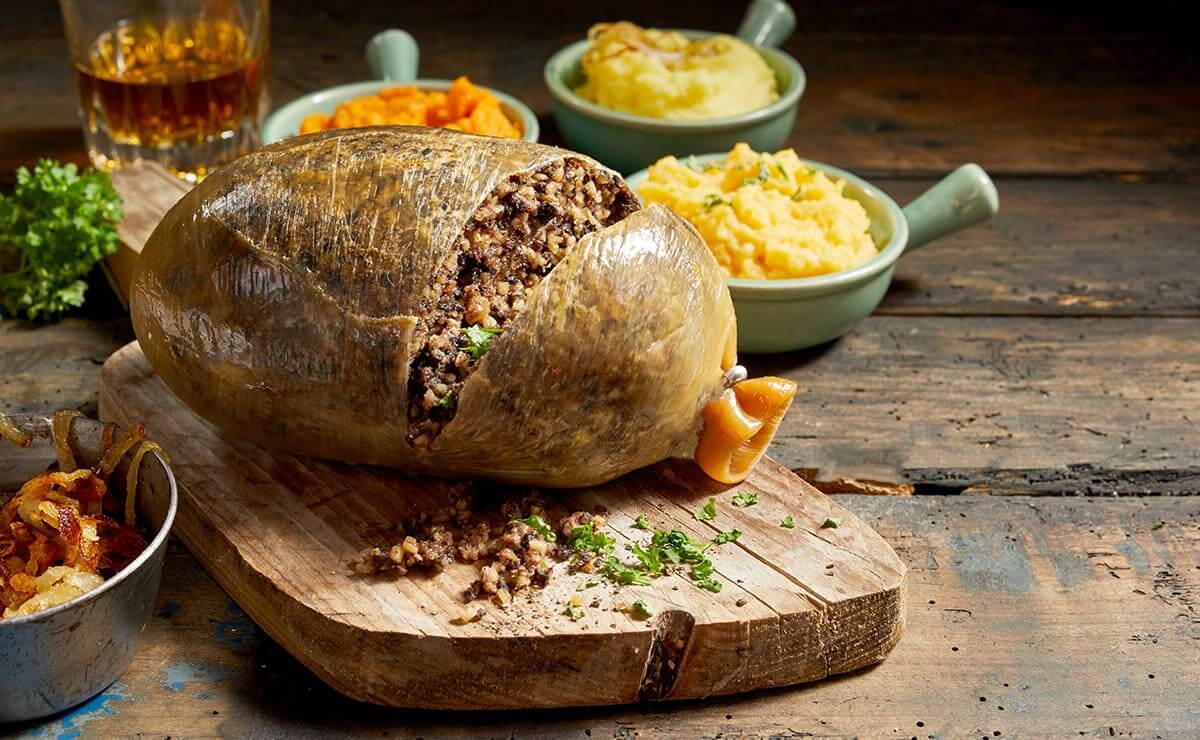 Haggis is made by taking several sheep organs like lungs and heart and mixing them up with oatmeal, onions, herbs, and spices, before putting that mixture inside a sheep’s stomach and cooking it.

Would You Try Insect Caviar?

As well as eating fully grown bugs, many people also eat baby ones too. Over in Mexico, escamoles is a favorite dish. At first glance, you might think it just looks like rice, but it’s ant larvae. Nicknamed ‘insect caviar’ by Mexicans, this dish is hugely popular and can be served as a part of various dishes. 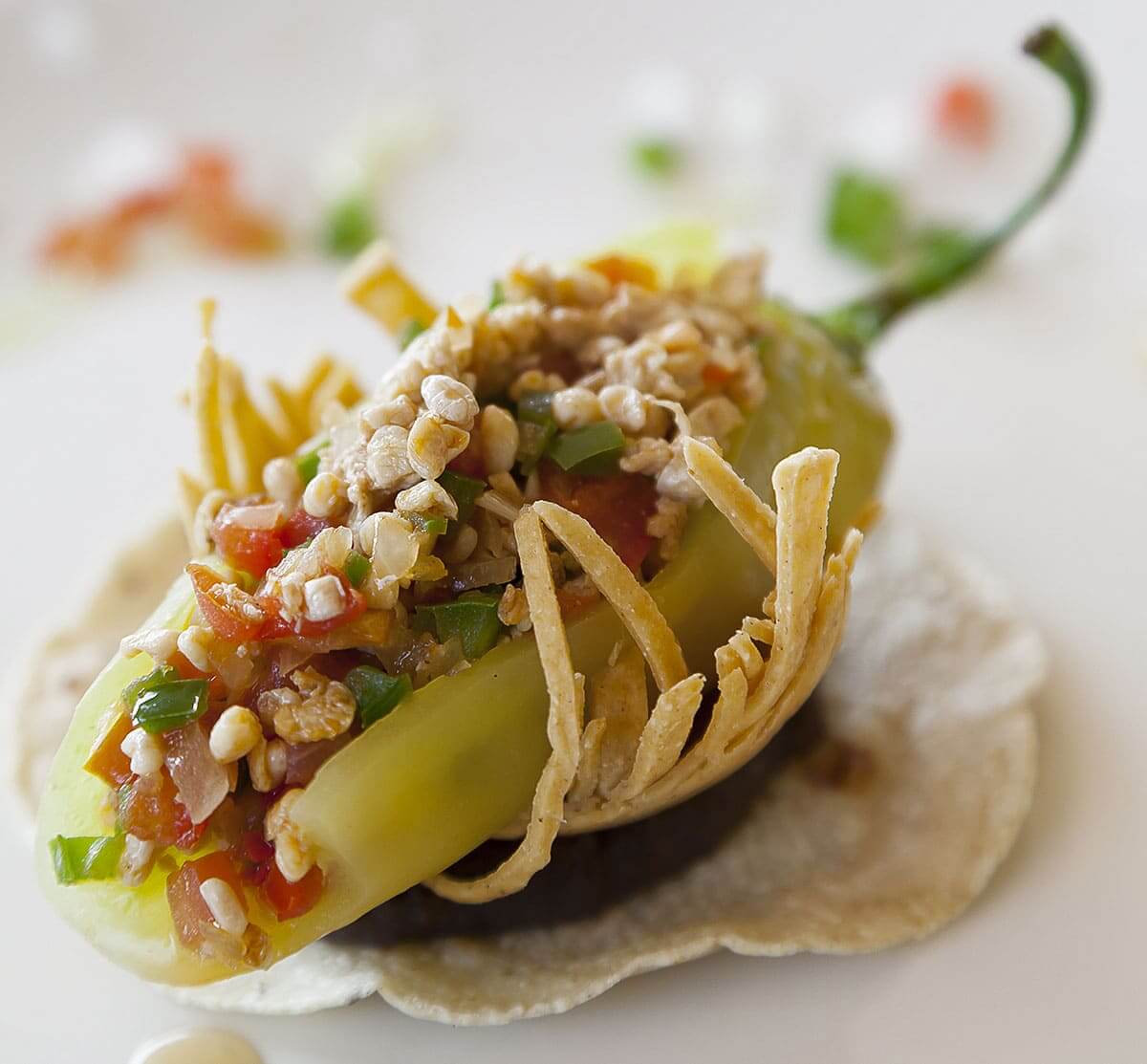 Another interesting fact about escamoles is that the ant larvae are harvested from the roots of the same plant that makes tequila.

A Different Kind Of Egg

By far one of the most disgusting items of food to look at or imagine eating, Balut is considered a real delicacy in the Philippines. This dish is technically an egg that has been fertilized and started to grow a baby duck or chick. 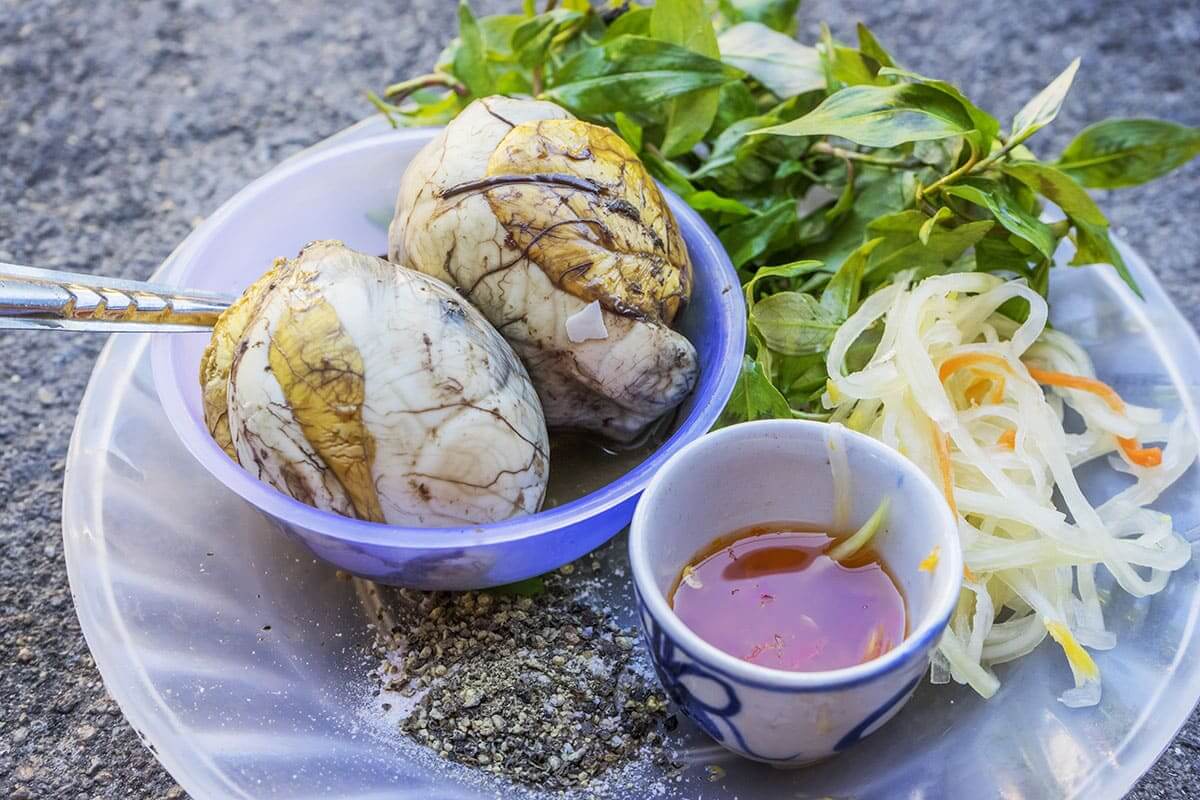 Before it hatches, however, the egg is boiled, and the semi-developed embryo is eaten as a snack. It sounds awful, but many people say it tastes great and is exceptionally rich in protein.

Health Benefits At A Price

Cod liver oil is a useful supplement to take. It offers a vast number of health benefits, aiding with reducing high blood pressure and even contributing to a balanced mental state, freeing one’s mind of stress and anxiety. 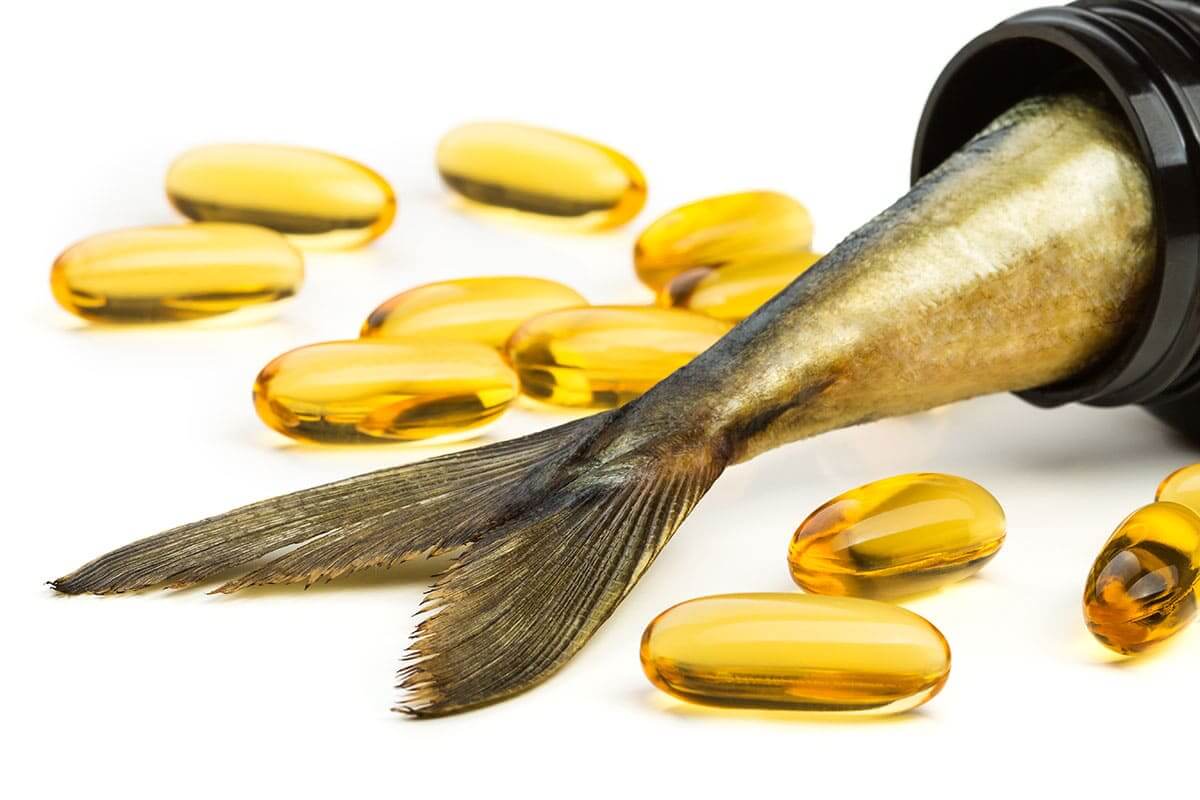 However, we can’t forget that this oil extracted from the liver of a fish, so it naturally has a horrible smell and taste. This is why many people choose to take cod liver pills rather than swallowing a spoonful of the oil.

You can’t visit Australia without seeing Vegemite. Made from yeast extract, with various vegetables and spices added in, Vegemite is a thick, tar-like paste that is typically spread over crackers and toast. It’s very similar to Marmite, which is a hugely popular spread in the United Kingdom. 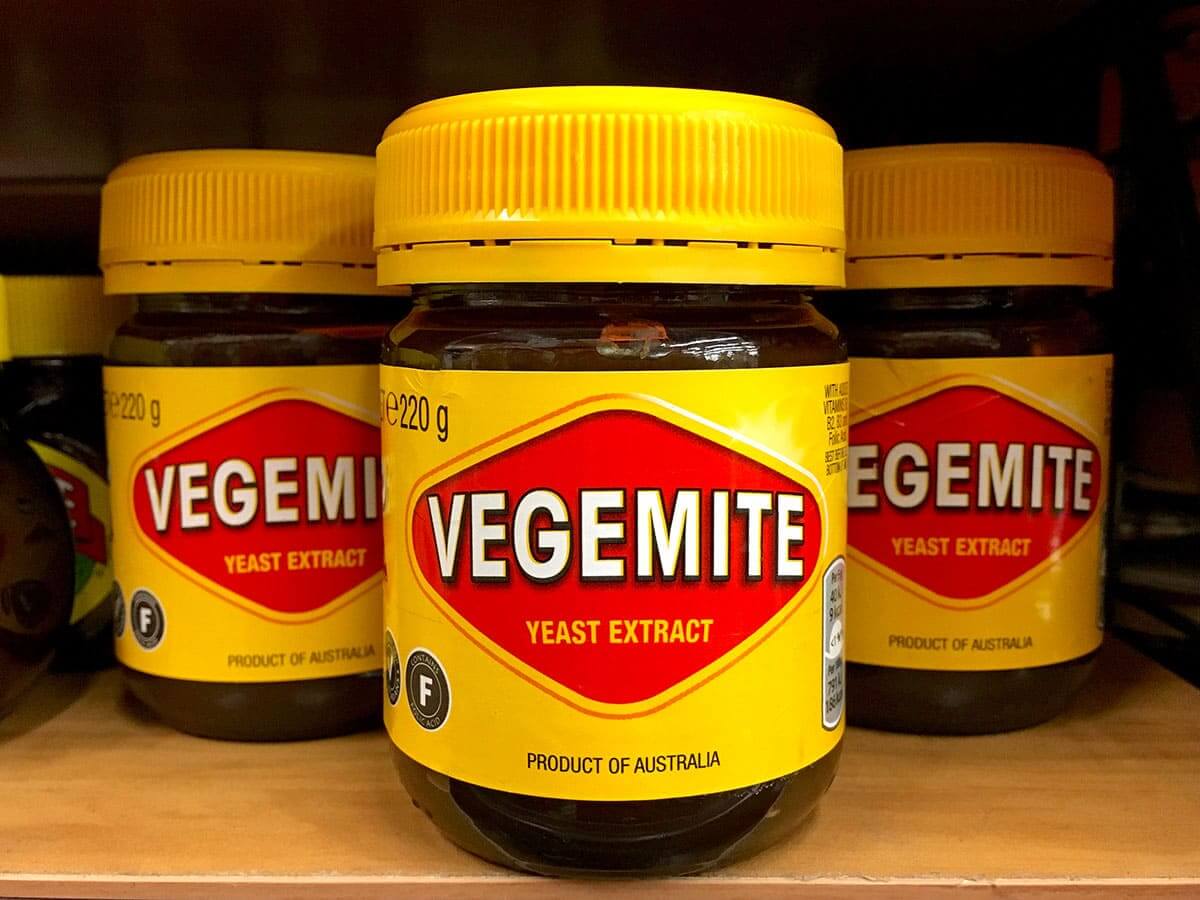 Describing the taste of Vegemite is almost impossible as it has a thoroughly unique flavor which isn’t quite like anything else. Some people love it, while others hate it.

The term ‘forbidden fruit’ could truly be applied to the durian, a popular little fruit that comes in a spiky shell and is grown and eaten in Southeast Asian nations. Known as the ‘King of Fruits’ due to its delicious taste, this fruit does have one major drawback: it stinks. 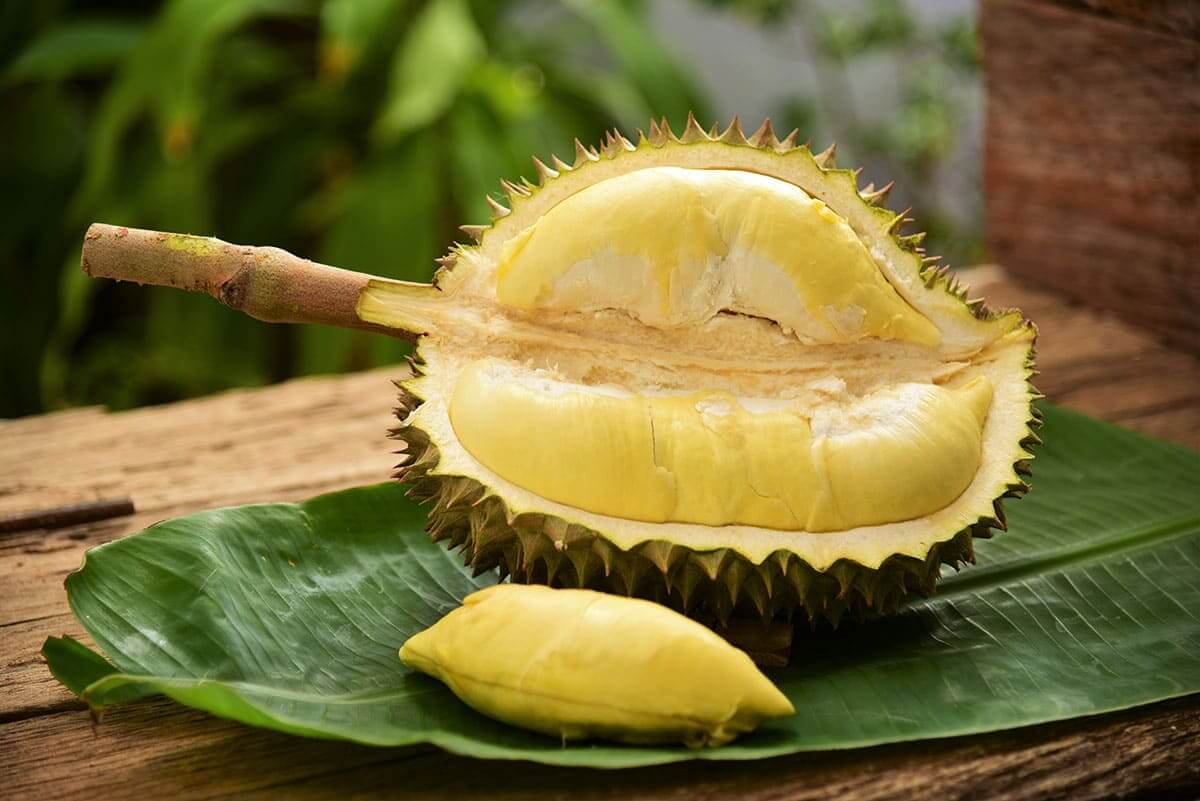 It smells so bad that people are forbidden from carrying them on public transportation, so if you have a keen sense of smell, the durian might be a tricky fruit to eat.

Experts believe that insects are going to become a significant part of our diets in the future because they’re rich in protein and very easy to mass produce. Bugs of all kinds are already quite popular snacks in several countries around the world, with grasshoppers being a particularly popular delicacy in places like Africa and Asia. 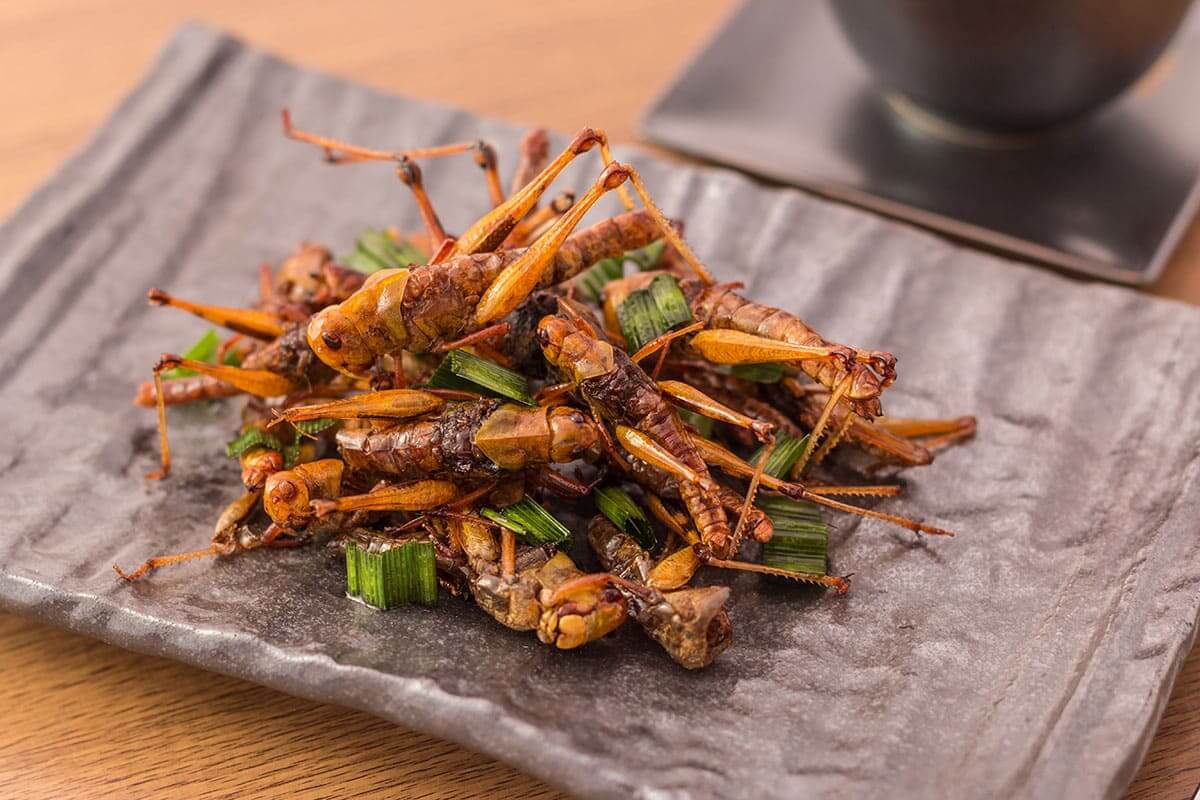 Typically fried and covered with some herbs and spices of the season, grasshoppers are said to have a similar taste to shrimp or crab.

A Can Of Rotten Fish

There are many rich and famous cuisines all around Europe, with France and Italy standing out for having some of the best chefs and finest recipes around. Up in Scandinavia, however, there are some very different dishes to be enjoyed. Surströmming is the name given to a kind of herring that is very lightly salted and left to ferment. 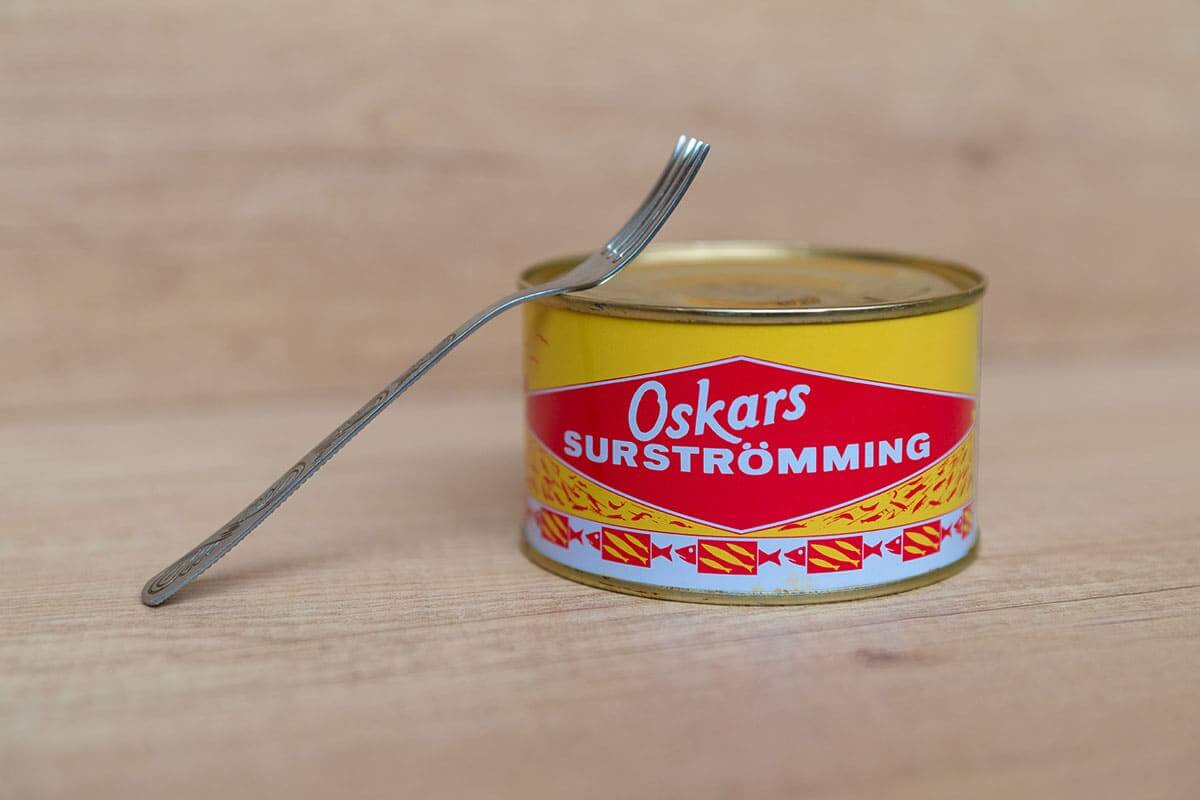 The smell of this fish is quite literally enough to make many people feel nauseous, but Swedish people say the taste is excellent.

Dr. Seuss once wrote of some ‘Green Eggs and Ham’, but you really can eat Green eggs over in China. 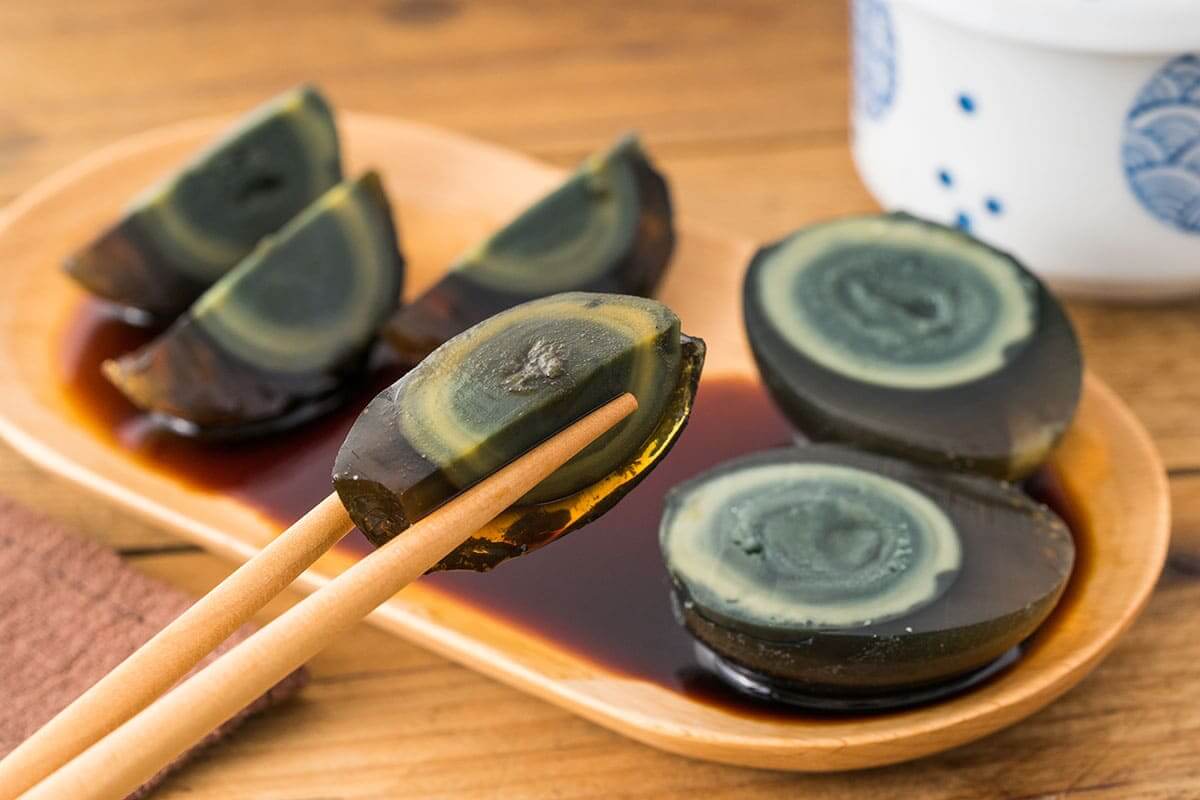 Known as ‘Century Eggs,’ these eggs do look like they might have been left out in the sun for a hundred years but are just regular eggs covered in salt, clay, ash, and other materials and left for a few months. During that time, the eggs change in color and taste. They’re considered a real luxury in China.