Of all of America’s various national monuments and landmarks, the Statue of Liberty stands in a league of its own. Its stoic form has guided countless thousands of human lives seeking out a new life into the safe harbors of this country, which was founded on the very principle that together, we are better. On October 28th, 1886, Lady Liberty was first dedicated, and today, on the 132nd anniversary, she still towers 152 feet above her pedestal in New York Bay.

In celebration of this occasion, we thought it appropriate to delve into an exploration of some of America’s most iconic landmarks and monuments. Each of these famous places contributes to the underlying mosaic of cultures and individuals that have helped shape and guide this nation since the very beginning.

No single document was as pivotal in the creation of this nation as the Declaration of Independence. The signing of this bold declaration began the American Revolution in earnest, leading to one of the fiercest campaigns for freedom the world had yet seen up to that point. Not only was it penned initially within this grand hall, but the final drafts that would become the US Constitution itself were also debated upon here, in the middle of Philadelphia. 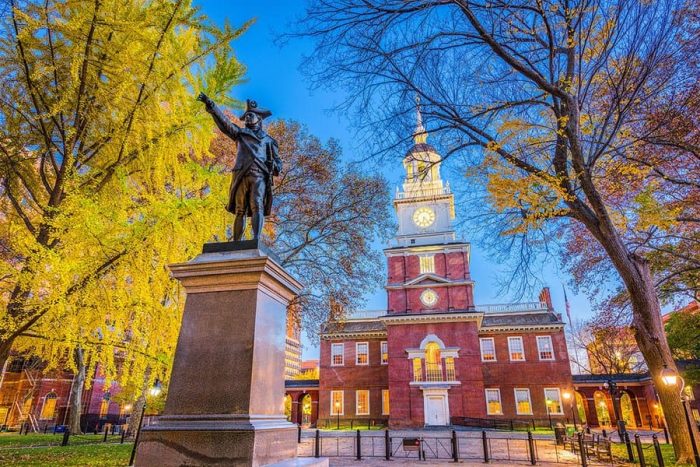 First built in 1753, Independence Hall served as the capital for the Province of the Commonwealth of Pennsylvania until 1799 when it was moved to Lancaster. Fascinatingly, in 1915 US president William Howard Taft announced at a convention here the creation of the League to Enforce Peace, which would soon grow into the League of Nations, itself slowly forming into the modern United Nations we know today.

Heralded internationally as one of the Wonders of the Modern World by the American Society of Civil Engineers, the Golden Gate Bridge is perhaps the most iconic suspension bridge project ever undertaken. 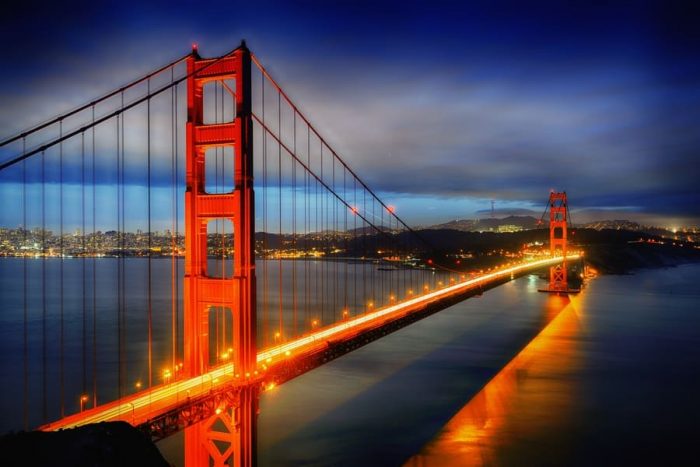 The concept for the bridge was first proposed by an ambitious engineer by the name of Joseph Strauss. However, it was the relatively unknown architect Irving Morrow who actually would end up design most of the bridge’s most iconic features. Construction cost more than $35 million and took four years to complete. Today, over 13 million visitors come to gaze at the 2-mile-long bridge every year.

Another incredible feat of modern engineering, the Hoover Damn bears the full weight of the Colorado River, providing hydroelectric power to residents and businesses alike in Arizona, Nevada, and California. 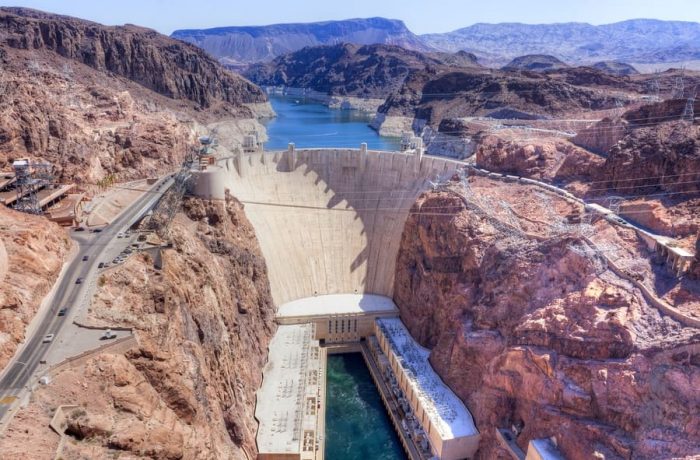 Hoover Dam in the United States. The hydroelectric power station on the border of Arizona and Nevada. Photo By Tupungato / Shutterstock

Constructed from 1931 to 1935, the project took place at the height of the Great Depression. Built by a conglomeration of six different companies (aptly named Six Companies, Inc), the project would cost more than one hundred human lives over its duration, mostly because the entire dam was unprecedented, technologically-speaking. No concrete structure of this size had been built up to this point, and many of the techniques used were untested. All the same, Congress approved the project, and today, it stands as a shining example of our engineering prowess, drawing over a million visits a year from curious tourists.

Mount Rushmore’s visage has been seen by the world over in images and popular culture, but few know the story of how it originally came to be. The sculptures of four different US presidents (George Washington, Thomas Jefferson, Theodore Rosevelt, and Abraham Lincoln) were carved into the granite hillside of Mount Rushmore, a rocky batholith in South Dakota. 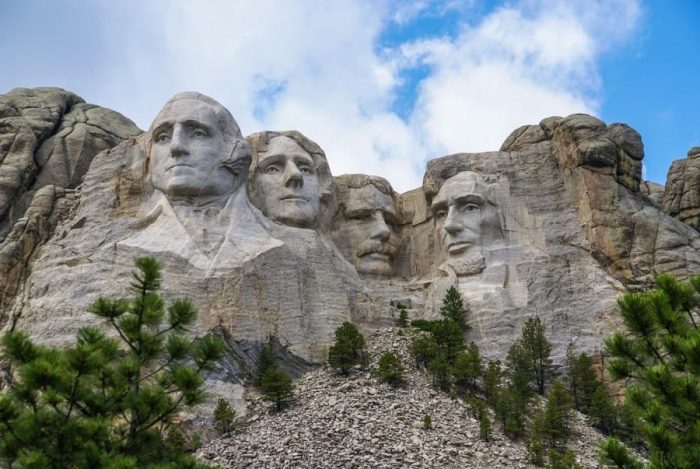 The sculptor behind the project was initially Gutzon Borglum, who oversaw the project until his death in 1941. His son, Lincoln Borglum, took over the project, and it was completed that same year.

These Two Old-Timers Live Their Lives on Luxury Cruise Ships

Easily one of the most recognizable buildings in all of history, the White House is the current home and workplace of the US president, the highest office in the land. It has held this highly-esteemed role since 1800, starting with President John Adams. An Irish architect named James Hoban crafted the original design for the building. 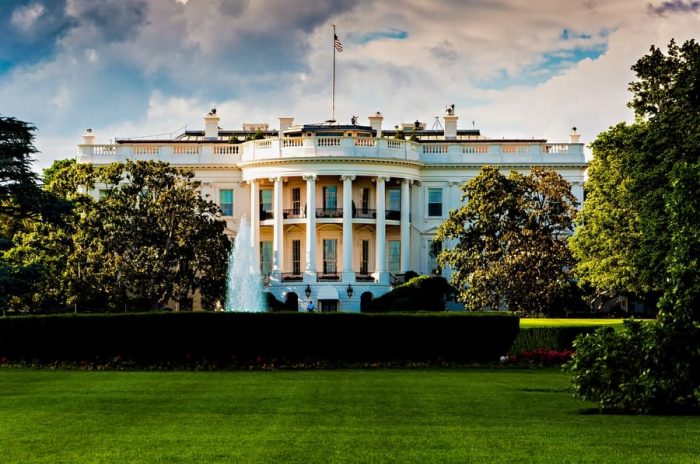 Construction took place beginning in 1792 and ending in 1800. What many don’t know, however, is that since that time, this historic building has been in a state of constant change. With nearly every successive president, new additions and alterations have been made, including in 1814 when much of the building exterior (and almost all of the interior) was charred to a crisp by British forces as part of the War of 1812. Despite these many and varied changes, the building has never lost its initial stately charm and continues to serve our highest office to this day.

Rising above the Hollywood Hills on Mount Lee, the Hollywood Sign originally had a few extra letters, reading out “HOLLYWOODLAND” as an advertisement of a recently completed, whites-only neighborhood up in the hills. Over the years, the sign (which was only designed to last 18 months) began to deteriorate heavily, culminating in 1978, when the sign simply read “HuLLYWO D” due to extensive damages to the structural integrity of the letters. 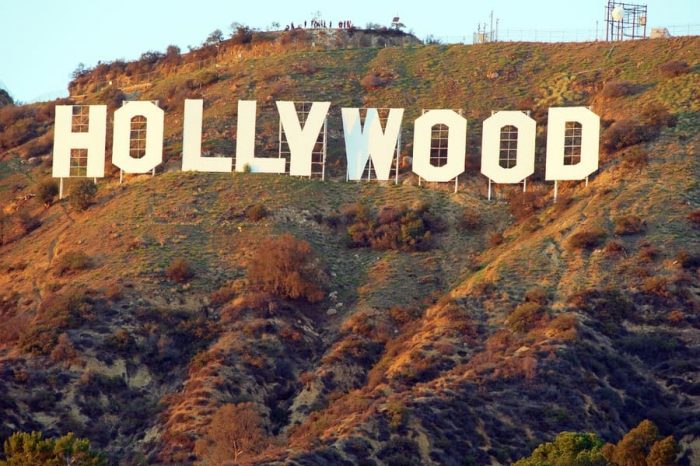 In that same year, a highly public campaign to restore the sign led by Hugh Hefner was successful, providing the HOLLYWOOD appearance seen today. Few symbols of American cinema are as universal as this one.

Towering 102 stories above Midtown Manhattan, The Empire State building is an indisputably famed symbol of American capital wealth and commerce. Standing 1,454 feet tall, it was the tallest building in the world for nearly 40 years, until the creation of the World Trade Center’s North Tower in 1970. 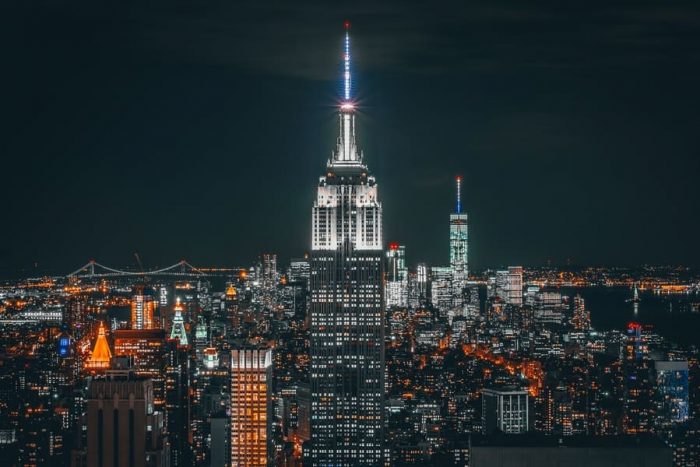 Of course, after the September 11th attacks on the World Trade Center, the Empire State building would once again be the tallest building in New York City, up until the completion of the new One World Trade Center in 2012. Named as another of the Seven Wonders of the Modern World, the famous building has been featured in over 250 different TV shows and movies since 1933’s King Kong.

These Two Old-Timers Live Their Lives on Luxury Cruise Ships

50 Breath-Taking Locations You Have to Visit