Regardless of whether you are visiting Paris for the first time or the tenth time, you are bound to go to places like the Eiffel Tower, the Notre-Dame de Paris, the Arc de Triomphe, and the Louvre Museum; but what about the hidden, underrated places that no one talks about, or visits? These places present the real essence of French culture and heritage, so make sure you include them in your next Paris itinerary:

Hop on the Unique Dodo Manège

The Dodo Manège is an unusual but beautiful carousel that lets you ride some of the endangered and extinct animals of the world. It resided in close vicinity to the Natural History Museum and was set up in 1992, to raise awareness for the animals who are losing or have lost their battles for survival. 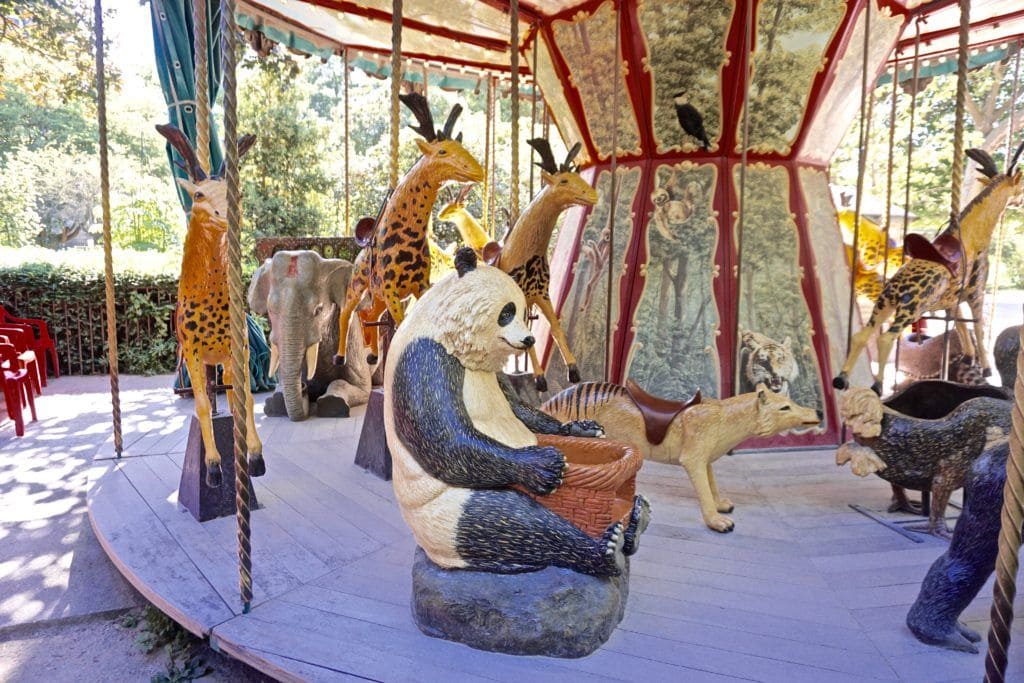 On this traditional ride, you can get on an aepyornis, which resembles the Big Bird from Sesame Street, a panda or of course a dodo.

It has been over 150 years since Victor Noir’s death, and over time he has become a legend of sorts. A bronze statue was erected over his tomb to commemorate his service to the world of journalism, and every year, millions of people come to pay their respects. 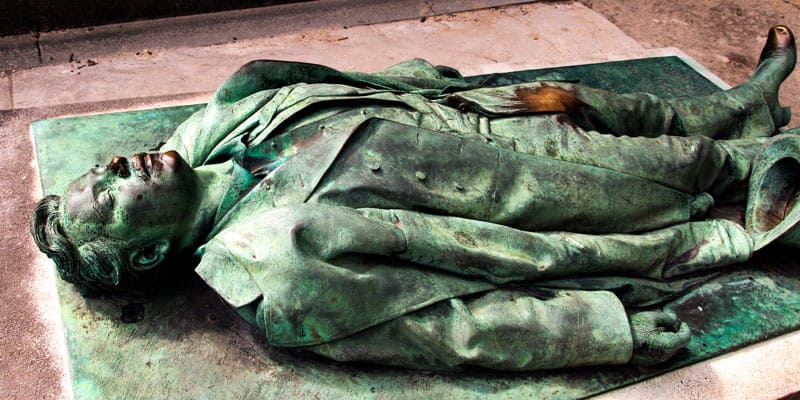 According to the Urban legend, if you kiss Noir’s lips, place a flower in his hat, and give him a gentle rub on his trouser hump, you will get a husband that will last forever (In more ways than one *wink*).

The Montmartre Vineyard has a rich history. It has been residing in the streets of Paris for over 800 years and is quite literally the only remaining active vineyard in the entire city. With that said, you might assume that it would get a lot of tourist and local attention, but that’s not the case. 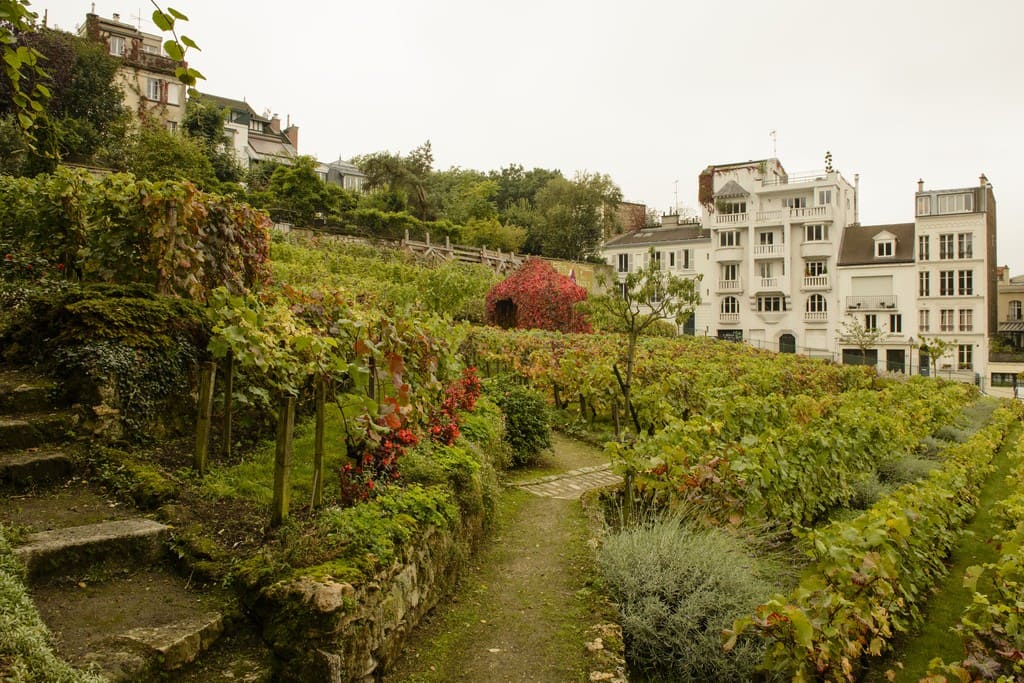 So if you are planning a trip next October, make sure you go to the Vineyard, as that’s when the grape season is in full bloom.

Explore the Sewers of Paris

A visit to the sewers of Paris might seem like a total no-no to people with high sanitary standards, but if you are not afraid of seeing some untidy underwater sites, it might just be up your alley. 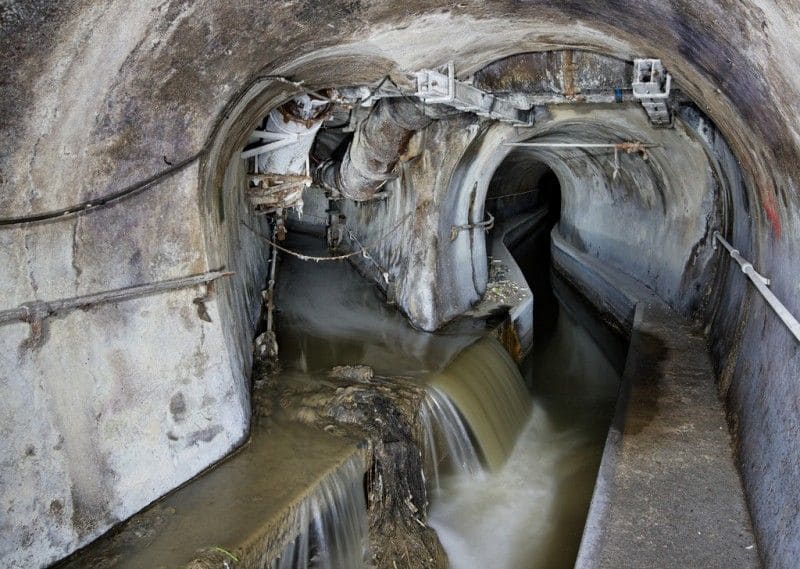 You can explore the vaulted mesh of a ceiling sewer system present underneath the roads and streets you roam on…wait for it, a sewer wagon, or if you want to be a little closer to the action, a sewer boat is also available!

Ridiculous Treasures Located at the Bottom of this Paris Canal

Add These to Your Bucket List: The Wildest Restaurants in the World

The tourist-favorite Sacré Coeur Basilica is considered a historical marvel, but not many people know that after climbing a few terraces to enjoy the aerial view of Paris, you can go a bit further and reach the Dome’s top. 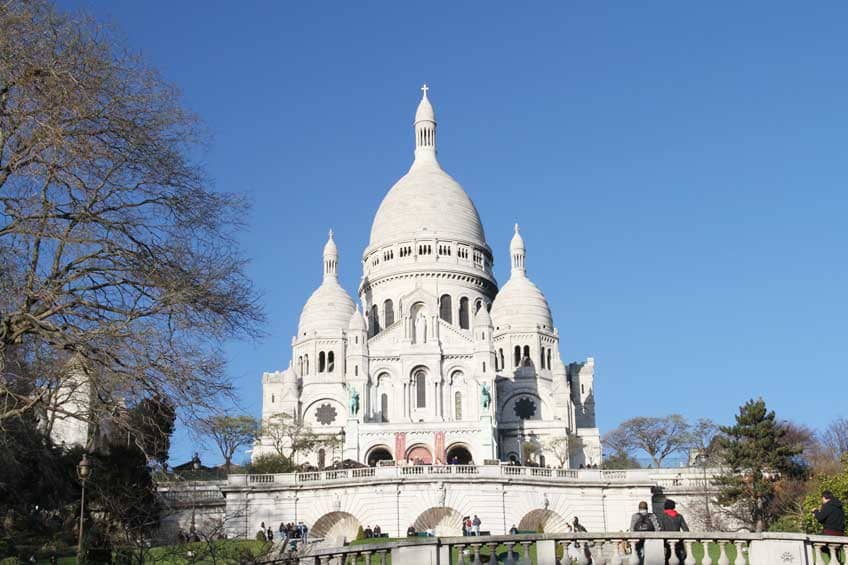 So, if you are not the acrophobic kind and trust in your ability to do some extra climbing, then spend a few extra Euros and continue your journey across another 300 odd stairs to witness Paris for a more panoramic vantage point.

The Iconic Flame of Liberty

If you love New York City, then you can’t forego the iconic Flame of Liberty. As you might be aware (if you stayed awake during History class), the Statue of Liberty was offered to the US as a gift from France, and to go a bit further to showcase their friendship, they erected the Flame of Liberty on their turf. 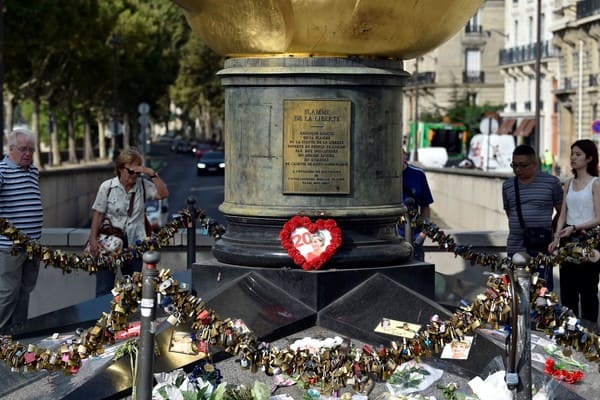 How thoughtful of the French?

Get Artsy at 59 Rivoli

If you are an art-fanatic, it’s highly likely you have already been to the Louvre to witness the Mona Lisa with your own eyes. However, Louvre isn’t the only place where you can find historical pieces of art. The next time you land in Paris, take the path less taken by and visit 59 Rivoli. 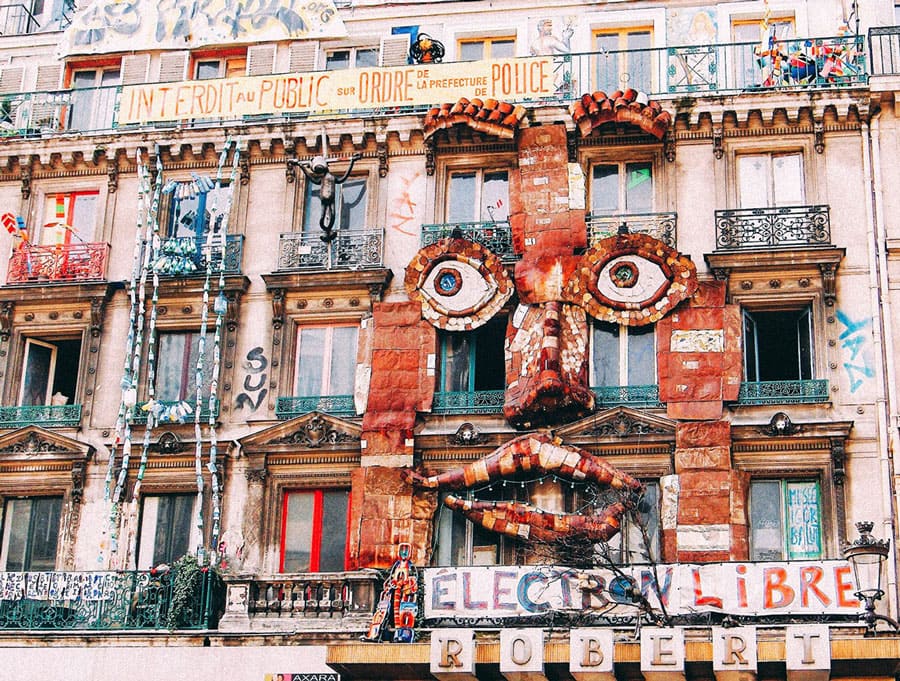 In the 1800s, 59 Rivoli used to be a hot spot for artists, and after undergoing a few renovation efforts, it’s still standing with all its grandeur and, well, art.

Relive the French Revolution Through the Iconic Cannonball

If you promise that you won’t start chanting, “Viva La Revolution” at the top of your lungs, after being too close to the historical place of action, you are free to visit the Hotel De Sens. 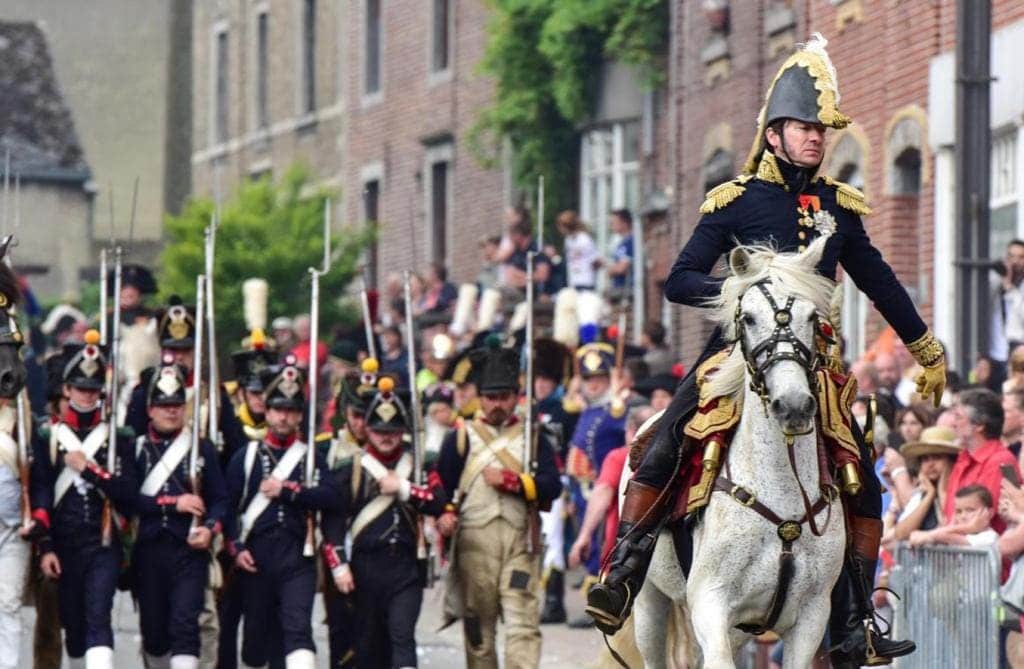 There, you can witness (in all its glory) a cannonball still stuck in the hotel walls. It is claimed to have been fired at the time of the revolution, and the date of impact has also been engraved in the wall for passers-by to look at and relish.

Pay the Oldest Cinema in Paris a Visit

If you are a film fiend or want to visit old places, like ancient places, then the oldest cinema in Paris might be the right place for you to go. The Le Louxor Palais Du Cinema has been around for ages, but until very recently, it was in a shambolic, forgotten state. 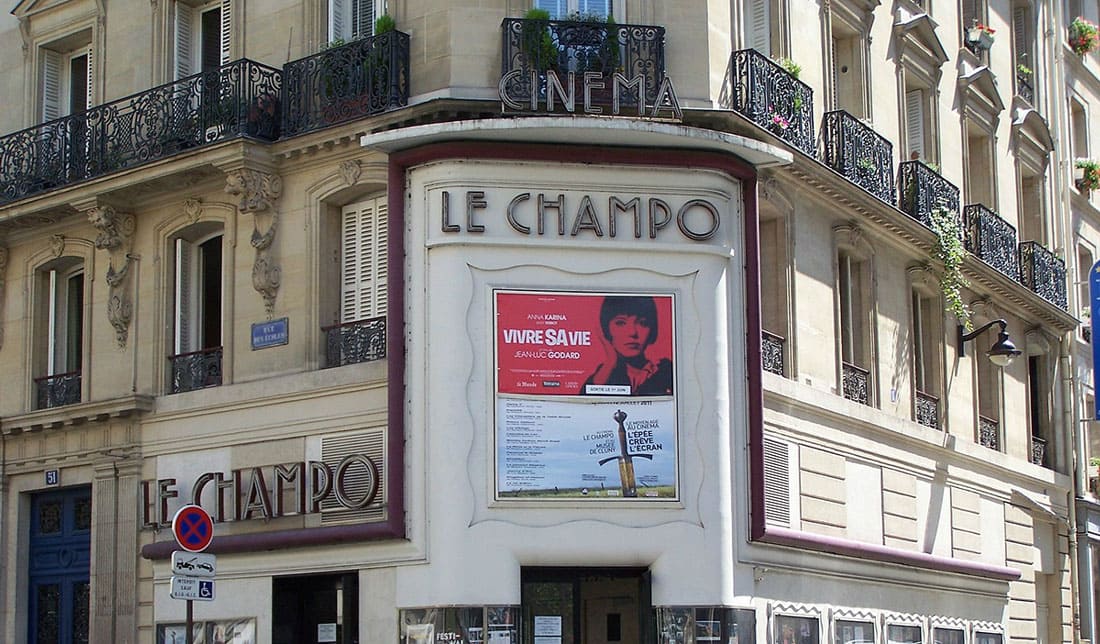 Fortunately, though, it was restored and renovated in 2013, before being opened for tourists. The relic of Parisian history looks even better if you journey there on a rainy day.

Point Zero is a traditional marvel of the city of Paris. It designates the point of distance to all the other places in the country. 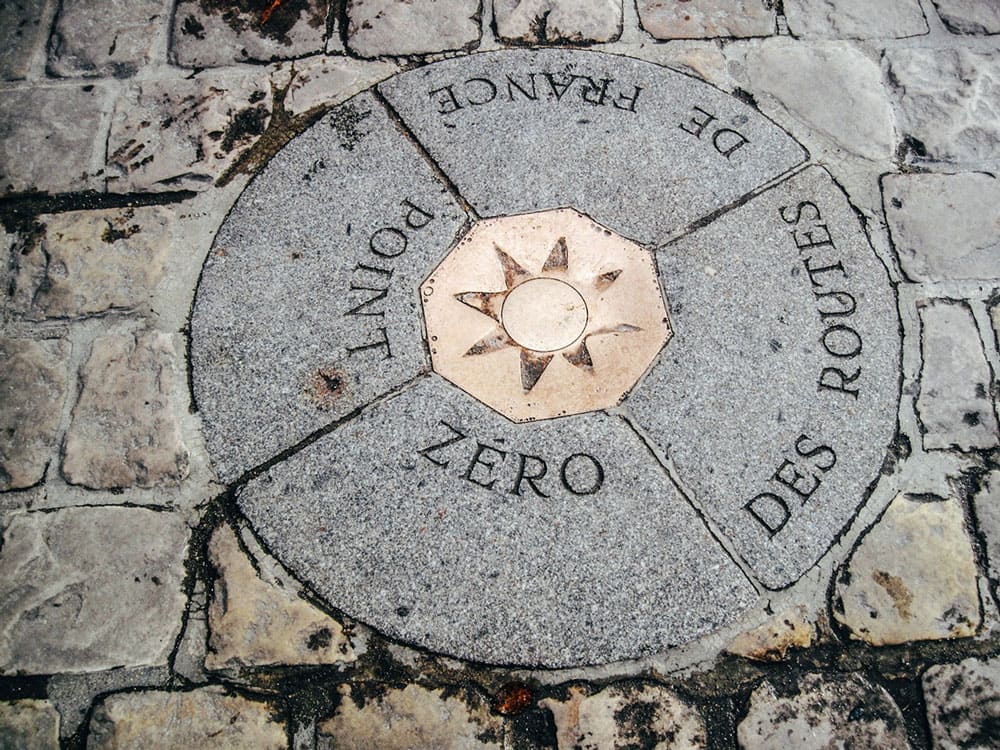 These days, it is considered a get-your-wish-granted kind of place by the locals and tourists. Many people come here with dreamy eyes and wishful hearts, and it’s believed that the place doesn’t normally disappoint. Even though it’s located in the heart of the city, many people tend to overlook it as it’s not quite visible from a far away.

Try to Locate the Elusive Medallions

135 Arago Bronze medallions are scattered around the city, and not many people come to notice them. Even though they appear completely random and out of order, they are representative of the Paris Meridian time (quite similar to London’s Greenwich mean time). 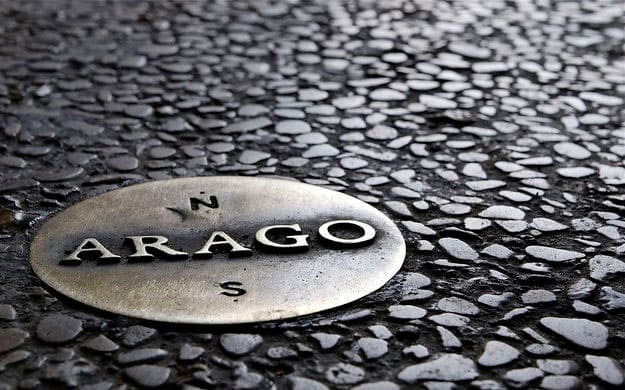 If you are the type of person who loves scavenger hunts, try to spot as many as you can, the next time you visit Paris.

Shake Hands with the Man Stuck in the Wall

The passer through the wall statue looks like half of it has been swallowed by the wall. However, it is supposed to depict a different story. Unless you are French, you might not have heard the Le Passe-Muraille story, which talks about someone named Mr. Dutilleul, who ends up discovering that the can glide through walls. So, as you might have guessed by now, the half-stuck man is Mr. Dutilleul. 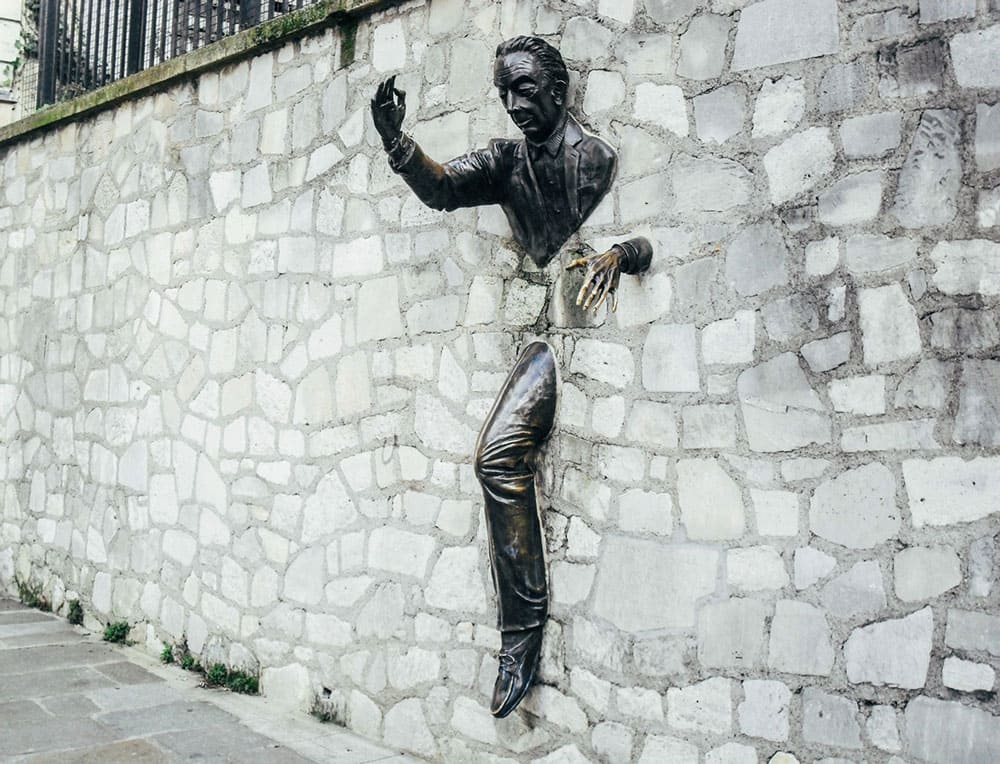 Do see him if you find the time and maybe shake his hand too? Being stuck in the wall for years is no walk in the park!

Hot Spot LA Locations Where You Might Spot a Celebrity