Top 10 Remote Destinations to See In Your Lifetime

There are so many unusual places around the world even in some remote destinations you would never think of. From beautiful natural wonders to architectural masterpieces, and unique wildlife, you can be sure that the trip would be worthwhile. Here is a list of top 10 remote destinations you should visit at least once in your lifetime. 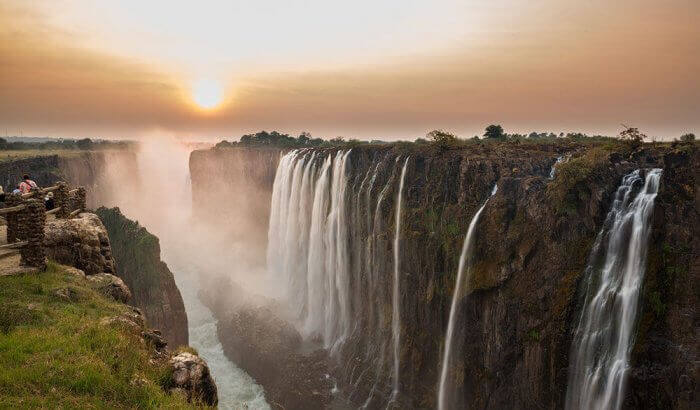 Victoria Falls is the largest waterfall on the planet, one of the most beautiful attractions in Africa, and one of the seven wonders of the world. The falls is also known as its indigenous name Mosi-oa-Tunya, which means “The Smoke that Thunders.” It is located between the borders of Zimbabwe and Zambia. From the Victoria Falls Bridge connecting Zambia and Zimbabwe, visitors can get panoramic views of the Main Falls. Tourists can get to Victoria Falls either by direct flight from Johannesburg into Victoria Falls town in Zimbabwe, or the Livingstone in Zambia. It is also a 15hrs drive from Johannesburg to the Zimbabwe side of the Falls. Daredevil visitors can enjoy the thrill of zip lining across the bridge, bungee jump or rope-swinging over the Zambezi River. Although the waterfalls all year round, the best time to schedule a visit is March to August. The entrance fee for Zimbabweans is $7, $20 for SADC passport holders, and $30 for international tourists. 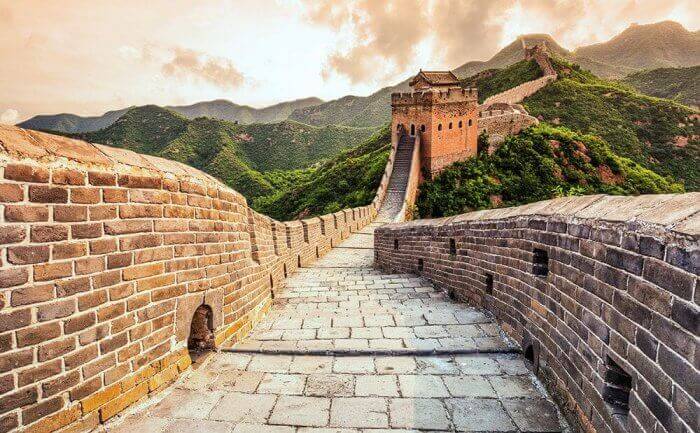 The Great Wall of China, the most extended architectural structure ever constructed, is a series of short walls made of several materials like brick, stone, tamped earth, and wood. The wall located in Beijing, China, was originally built between the 7th and 8th century BC as a fortification to protect the Chinese Empire’s borders from enemies and northern invaders, especially the Mongolians. Like a giant dragon, the Great Wall winds up and down across the crests of mountains, grasslands, deserts, rivers, and forest, spanning across 21,196km from east to west of China. Its rugged landscape provides beautiful scenery for tourists all year round. It would take approximately 18 months to walk the wall’s length. The Great Wall of China is one of the Seven New Wonders Of The World and was listed as a World Heritage site in 1987 by UNESCO.

The Galapagos Islands is a volcanic archipelago that emerged from the waters of the Pacific Ocean millions of years ago after a series of volcanic eruptions. The Galapagos Islands is a UNESCO World Heritage Site, and one of the most beautiful natural environments on earth. Its isolated landscape is home diverse, unique species of plants and animals including walking birds, swimming lizards, giant tortoises, and much more. If you’re a nature lover, then this is your dream place to be. Charles Darwin’s visit to the island in 1835 contributed to his theory of evolution and his revolutionary book, On the Origin of Species. Foreign tourists pay an entrance fee of $100, while children are charged $50, and the fees are used for the conservation of the island.

The Great Pyramid of Giza 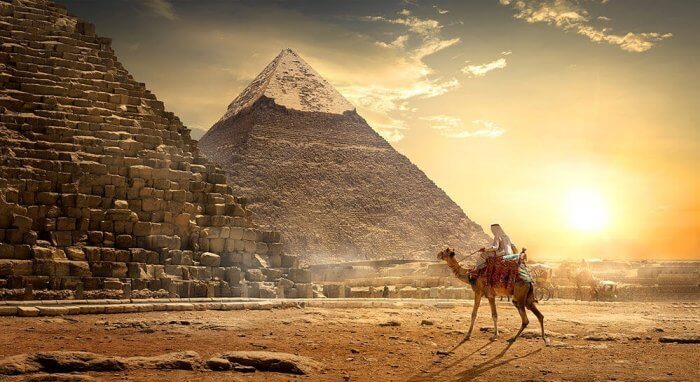 The Great Pyramid of Giza is the oldest, and one of the last remaining of the Seven Wonders of the World. The pyramid marked as a UNESCO World Heritage Site. The pyramid was built as a tomb in the Fourth Dynasty over a 20 year period around 2550 BC in Giza, Cairo. It was also the tallest building in the world for over 3800 years before the construction of the Eiffel Tower in 1889. The pyramid was built with about 2.3 million stone blocks and is the only one in Egypt with several passages that go upwards and downwards. The Giza complex houses three large pyramids The Great Pyramid of Giza built for Egyptian Pharaoh Khufu, and the other two for pharaohs Khafre and Menkaure.

Bucket List Destinations You Must See in Your Lifetime 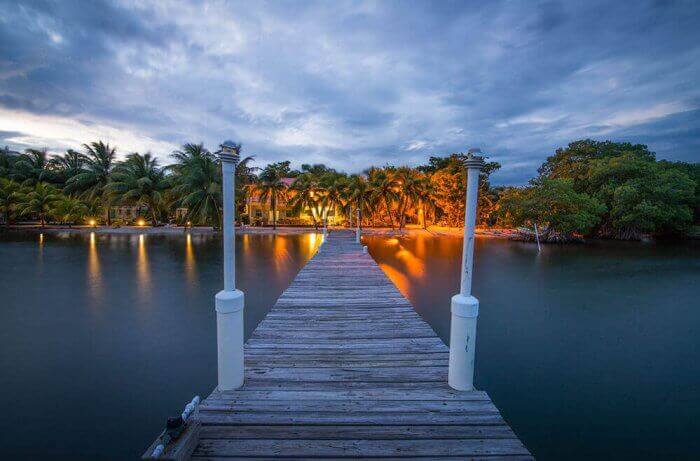 Placencia is a charming beach resort located in the south of Belize, 30 minutes flight from Belize City. Between a lagoon to the west and the Caribbean Sea to the east, you will find a growing town that was once a quiet fishing village. This lost sandy peninsula boasts of 16 miles of serene beaches. If you are looking to enjoy an outdoor adventure, there are many lost islands located just off the coast, for lots of activities like kayaking, hiking, snorkeling, diving, and deep sea fishing. You can also learn about native wildlife and plants while on a boat trip to explore the ancient Maya ruins such as Lubantuum and Nim Li Punit. The best time to visit Placencia is during the dry season between November and April. 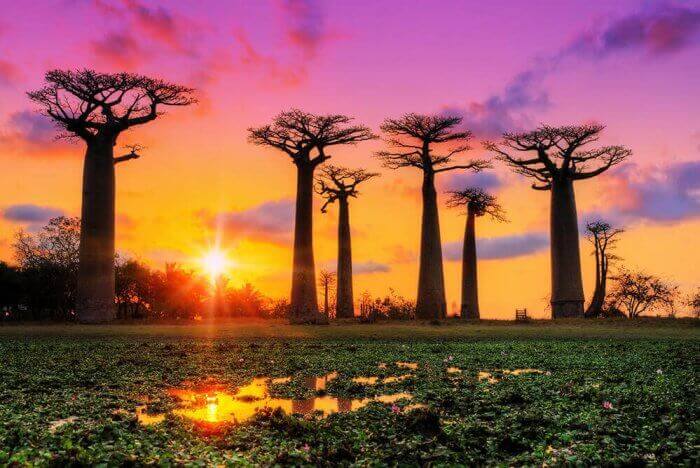 Madagascar is the 4th largest island in the world located off the eastern coast of Africa. Also called the Island of the Lemurs, you would be thrilled to find out how biological diverse this place is. Madagascar is home to more than 15000 endangered plant and animal species, many of which cannot be found anywhere else in the world. With stunning views of nature, unique wildlife, delicious food, this island offers a thrilling and adventurous experience that you will never forget. If you are going from the US, it will cost about $1200 for a round trip to Madagascar. 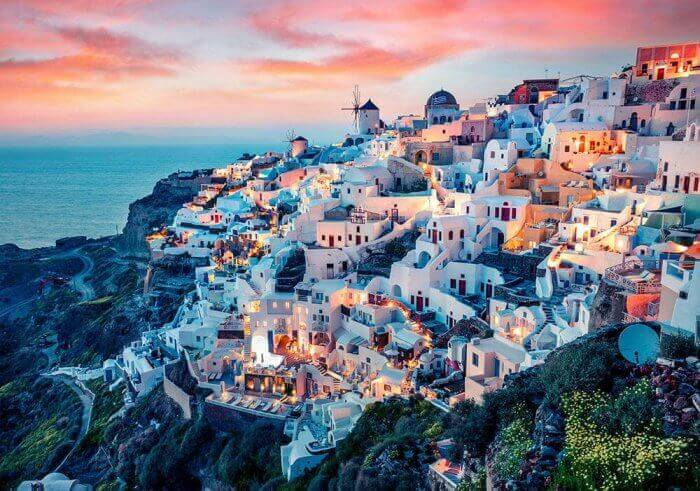 A visit to the Greek Islands will ignite your imagination and fuel your journey into the mythical tales of the gods told in the past. There are about 1,400 islands in the Greek coast, with uniquely different features that might make you think of settling down. The Islands features one of the most romantic places on earth—the Islands of Santorini designed for couples and honeymooners. If you are looking forward to exploring the wild side of the Greek Islands, then Mykonos is the perfect island for you while a visit to Delos—the birthplace of god Apollo will give you one of the best history lessons you will ever have. With the number of beautiful islands to choose from, it will take a lifetime to explore ancient Greece. You can get to the Greek Islands either by a direct flight or a ferry ride from Athens. Flights from Athens to the Greek Islands cost as low as €40 round-trip. 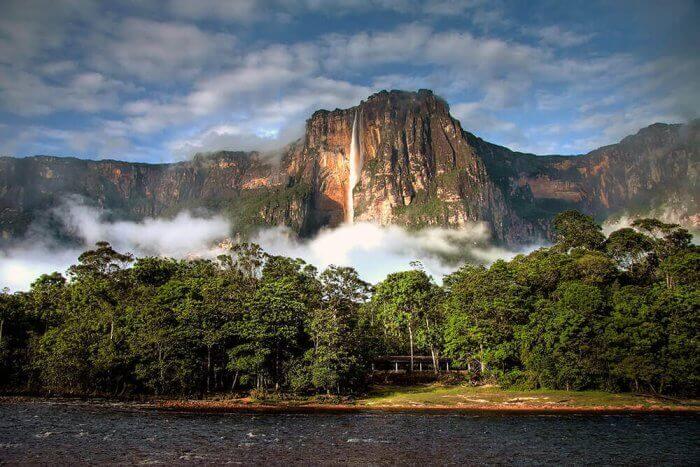 Angel Falls is located in the Canaima National Park and is the world’s highest waterfall dropping 3,212 feet into Devils Canyon from the Auyantepui Mountain. You can access this beautiful waterfall either by plane or a boat ride up the Churun River. Entry fees to the Canaima National Park cost about $5 per head. The isolated nature of the waterfall may require that you seek the services of a guide. The best time to visit Angel falls is during the raining season, from May to November. 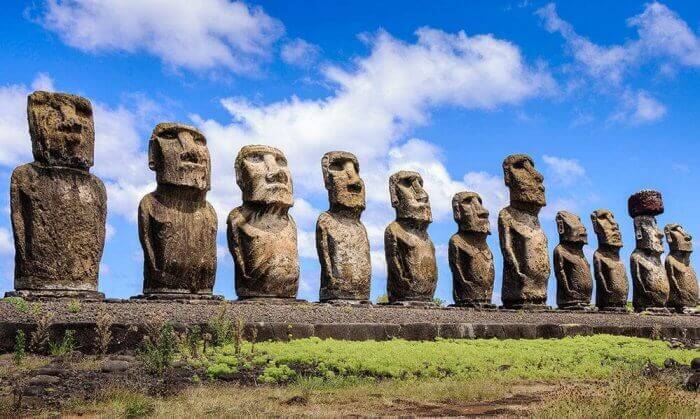 Easter Island is the world’s most remote Island. The Island is known for its rich history, culture, and nature that makes the journey there memorable. The Island is popular for its 887 human shaped figures known as moai statues,  which are believed to have honored ancestors. There are famous cave paintings found on the walls of the Ana Kai Tangata cave. These cave paintings have preserved the history of Easter islands. The Volcanoes in the Eastern Islands are a must-see with the Ranu Kau being the most prominent crater on the Island. Another beauty on this Island is the Anakena beach giving water lovers the opportunity to swim and turf. The Easter Island is a 5hr flight, and the entrance fee to the Rapa Nui National Park is about US$80.

Travel Books That Create a Real Feeling of Wanderlust 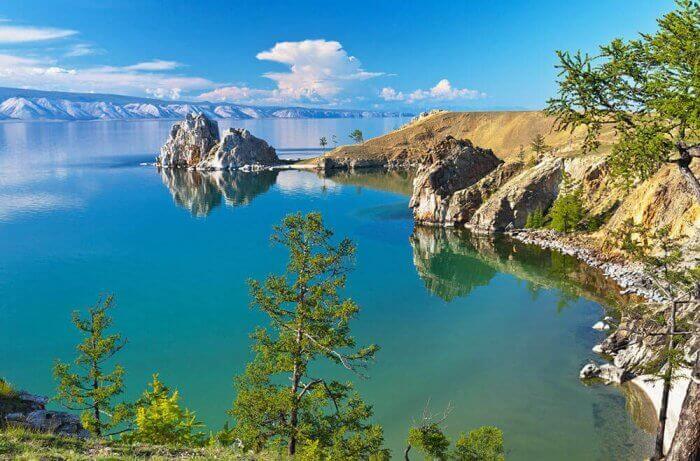 Lake Baikal is the world’s oldest, most profound, and clearest freshwater lake. Located in Siberia and lying in the midst of mountains, forest, and rivers, Baikal is a stunningly beautiful display of nature. The lake contains 20% of the world’s unfrozen surface fresh water and is home to approximately 2500 species of plants and animals. You can visit the lake at any time of the year, but it would be nice to go during winter to see its frozen waters. Access to Baikal is Irkutsk, Ulan-Ude, and Slyudyanka. You can get to Irkutsk and Ulan-Ude by flights from Moscow or Beijing or through the trans-Siberian railway.