Spain has since long been one of the hottest travel destinations for tourists from all over the world, because of its captivating history, beautiful landmarks, and vibrant culture. Located in the heart of Spain, lies the beautiful city of Madrid, which is home to thousands of historical art museums and remnants of the 16th and 17th century Spanish Empire. Next time you are in Madrid, make sure you check these places out:

Have a Stroll at the Retiro Park

The Retiro Park lies a few yards east of the Prado, and up till the end of the 19th century, it used to be a royal property. Since then, however, it has been opened to the public. 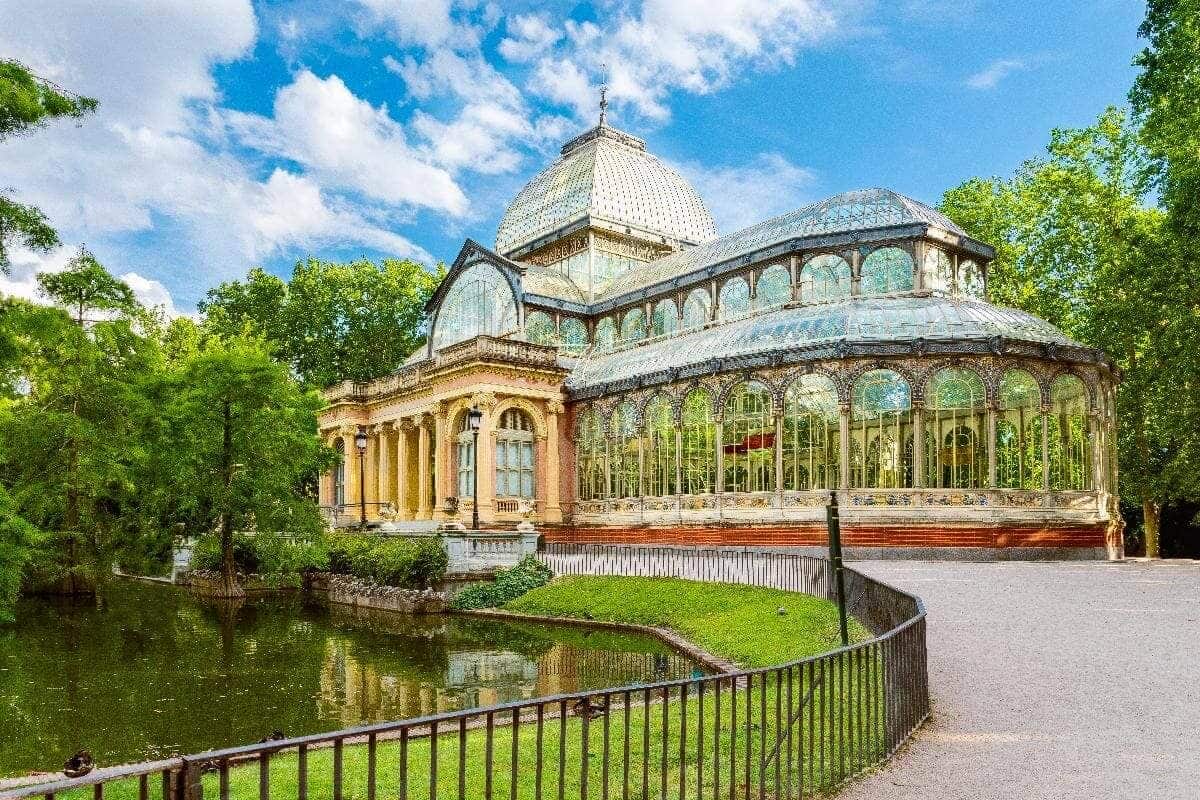 If you have young ones accompanying you, you can paddle on the Grand Pond situated next to Alfonso XII’s monument and have some fun on a sunny day.

The Prado has for ages, been the first place every art enthusiast visits, during their travels to Spain. Arguably one of the greatest museums in the world, it contains a myriad of quintessential masterpieces by baroque and renaissance artists. 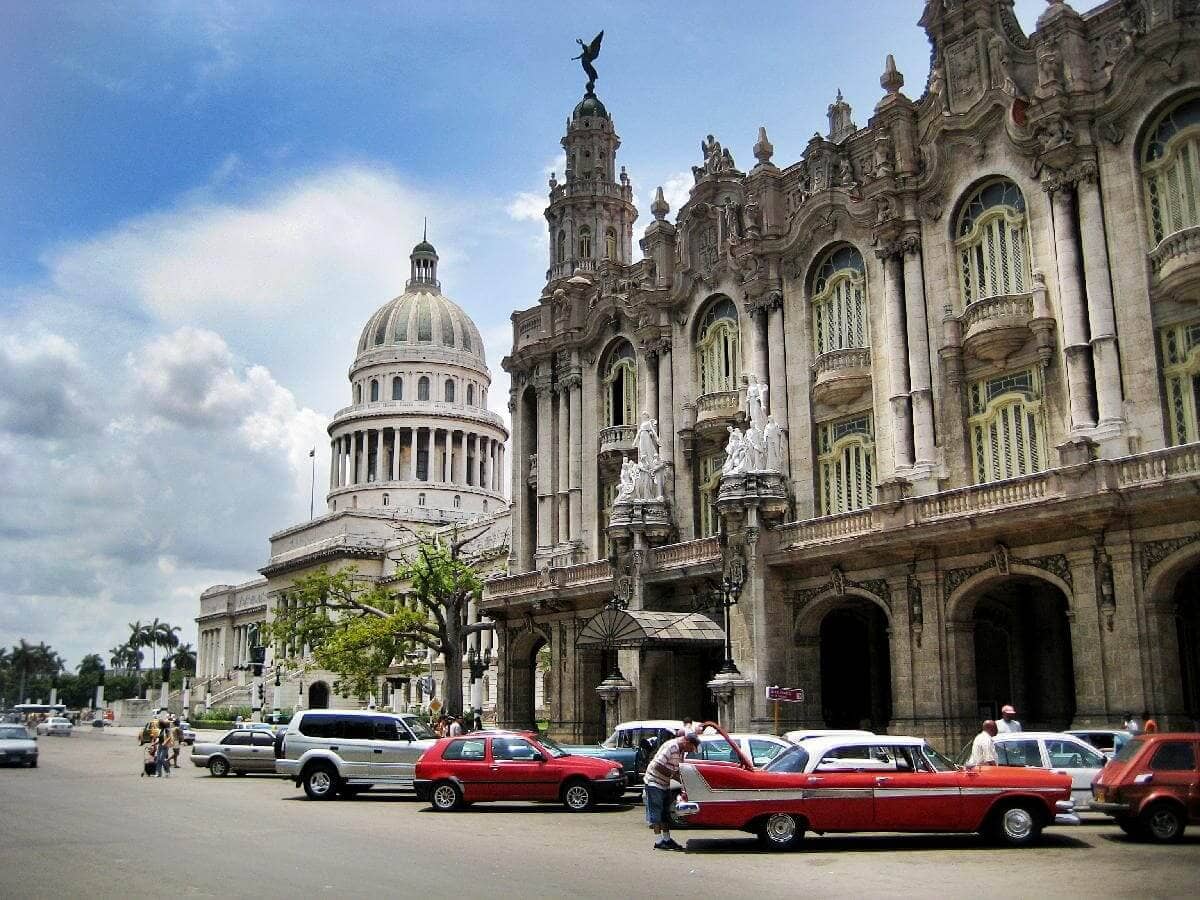 Representing Spain are El Greco and Velázquez, while Botticelli, Caravaggio, and Titian are some of the featured Italian masters. The museum also houses a lot of work by the Spanish great Francisco Goya, including his 14 famous black paintings.

The National Archaeological Museum takes you on a journey across the rich Spanish history by displaying some of the most invaluable, historical masterpieces. The magnificent items that date well before the Roman period will surprise you. 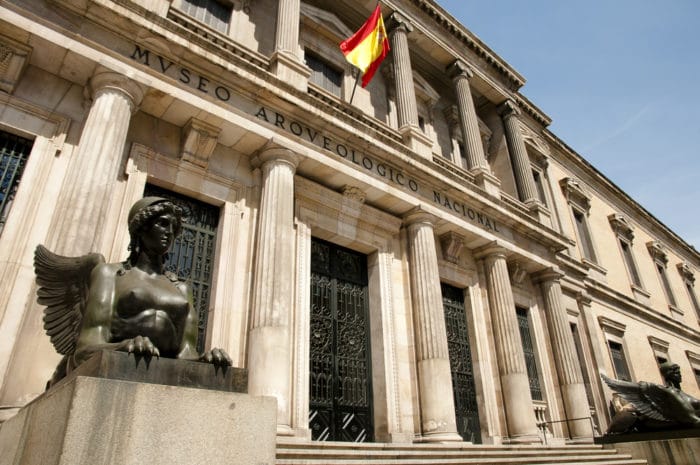 A stunning highlight of the museum is the Lady of Elche, an elegant woman with coils covering her ears.

Get Cheering at the Santiago Bernabéu Stadium

Whether you watch football or not, whether you are a fan of Real Madrid (one of the most successful teams in Europe) or not, you should visit the Santiago Bernabeu Stadium. It can seat 85,000 people and has been home to many historical football matches. 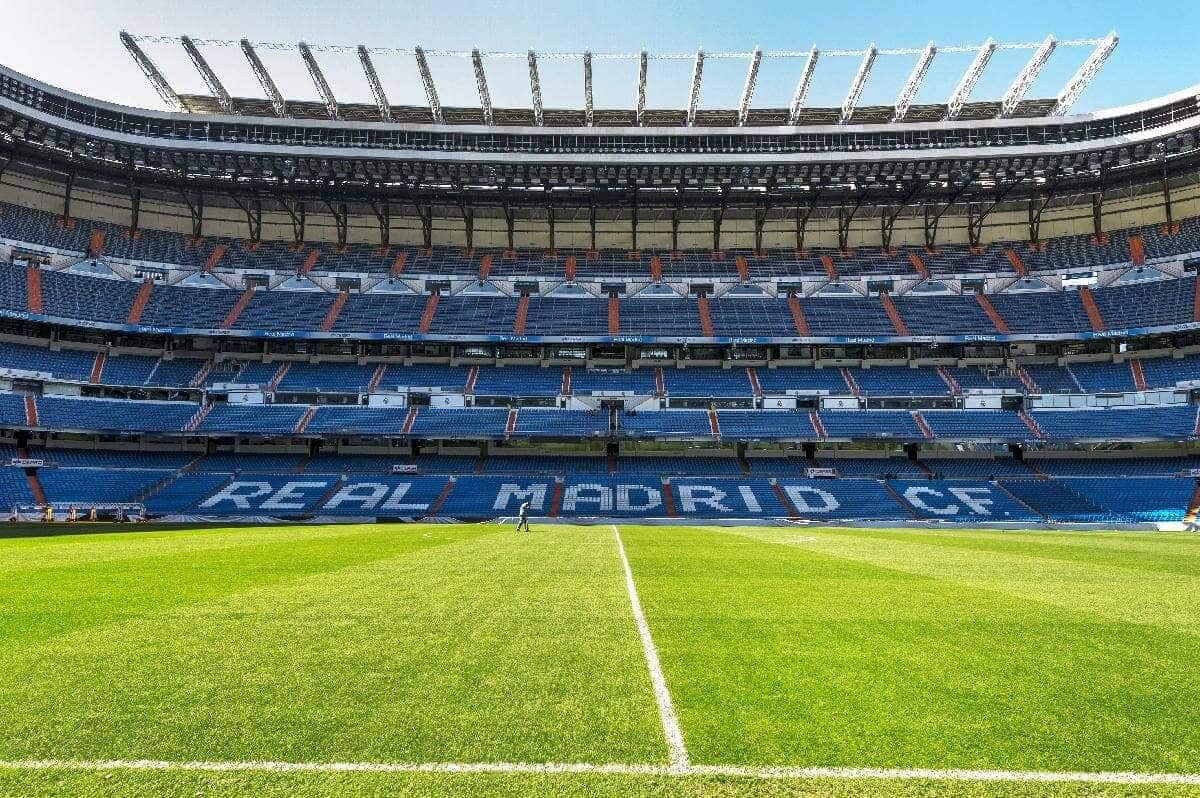 A tour will allow you to witness the stadium first-hand (by going into the dressing room and checking out the dugouts) and also enjoy its panoramic view.

Plaza Mayor is another must-visit for all tourists. Its foundations were laid at the beginning of the 1600 century by Philip III. There are nine different ways to enter the plaza. The bottom of the buildings also contains plenty of cafes. 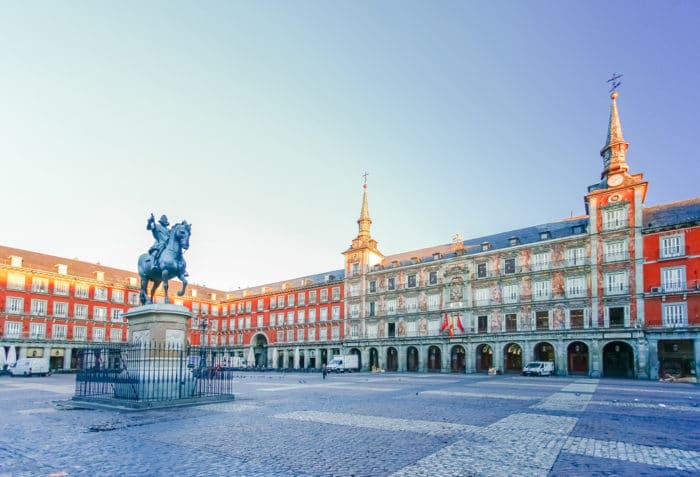 After you have had a cup of coffee and looked at the liveliness of Madrid unfold in front of you, you can go up and see King Philip III’s statue that was built 400 years ago.

Puerta del Sol lies in close vicinity to the Post Office Building (Casa de Correos) and has been a famous rendezvous place for a long time. You aren’t Spanish if you aren’t familiar with the clock present atop the Casa de Correos, as it’s shown on television on every New Year’s Eve. 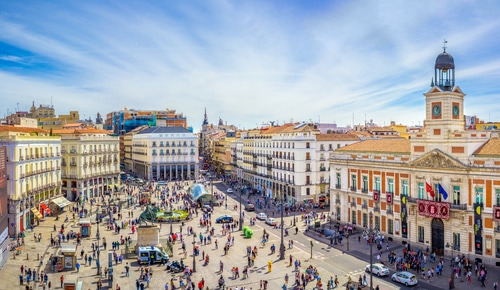 On your next visit to Madrid, make sure you check it out.

The beautiful marketplace, Mercado San Miguel was first constructed in 1916. Private investors purchased it in 2003, before renovating it and reopening it in 2009. It’s one of the best places to offer some indigenous items like Saffron, pimento, Cava, and Paprika.

A lot of tapas bars are also present here where you can find some of the best patatas bravas, boquerones and gambas al ajillo. It contains 200 stalls which makes it the biggest municipal market in Europe.

With more than 3500 open stalls, the El Rastro is hands-down the biggest flea market in Madrid, and if you are not one for the commotion, this is not the place for you. It gets crowded and hectic fairly quickly, but needless to say, you can get anything you can think of here. 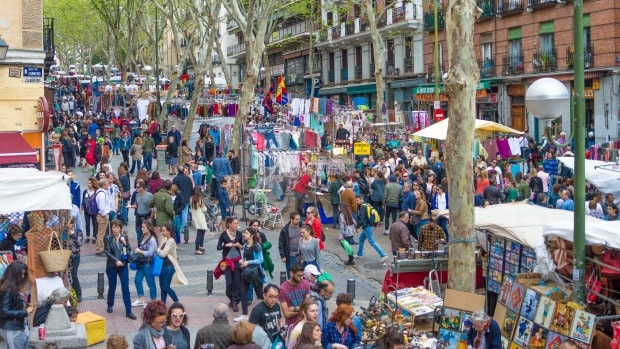 Don’t forget to get up early and get here before the rush hours though.

If the Prado didn’t quench your desire to witness artistic masterpieces, make your way to the Thyssen-Bornemisza Museum of Art which houses work from some of the best German and English artists like Albrecht Dürer and Hans Baldung Grien.

You can also find some of the finest American expressionist art here along with a myriad of post-expressionist masterpieces by Degas, Renoir, and Monet among other people.

Maps and Infographics That Accurately Depict the World

Movie Buffs and Travelers Unite! You Can Visit All of These Movie Locations

The final stop in your quest to witness Madrid’s art will be at the Reina Sofia Museum. The famous Golden Triangle of art ends here. The museum mainly highlights some of the best Spanish art. 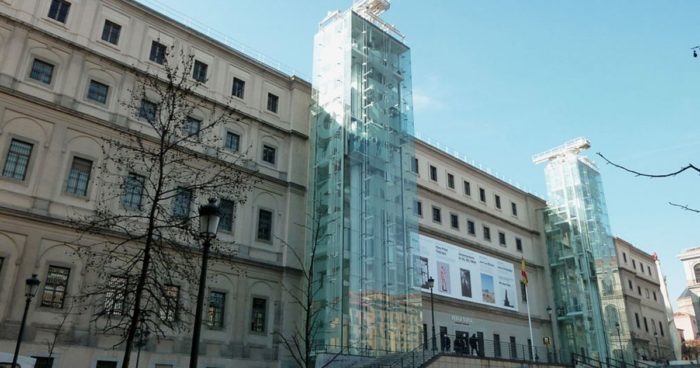 If you want to witness the works of Dali and of course, Picasso, you can’t possibly miss this place. Picasso’s biggest masterpiece Guernica is also on display here.

If you are a fan of Spanish cuisine, then a sugary Churro is something that you must try. The rich piped dough which is often deep-fried is a perfect thing to have while sipping a Spanish hot chocolate. 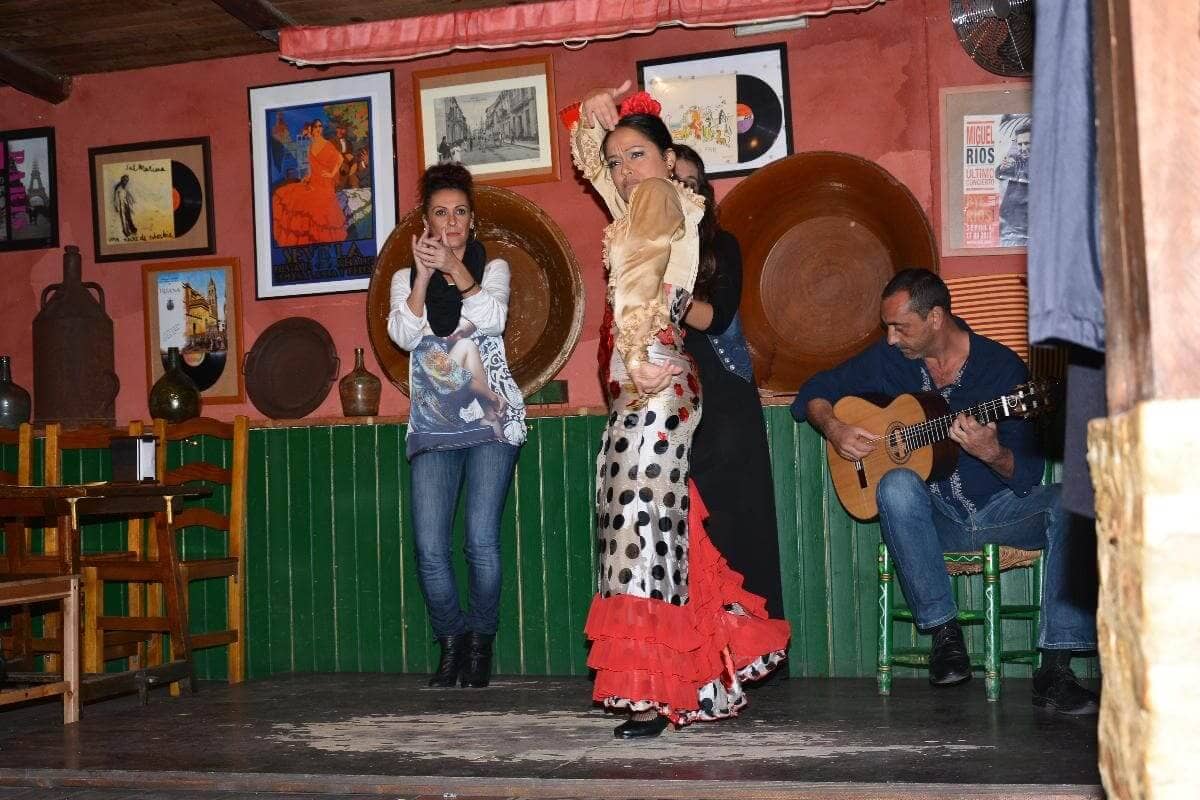 Near to the Puerta del Sol, the Chocolateria San Gines has served churros and hot chocolate since the 19th century, and that should be reason enough for you to give it a visit.

Have a Few Beers at a Bar Terrace

During the summer season, a lot of bars start serving on the squares and pavements in Madrid. This is considered a pivotal part of socializing within the community. Additionally, terraces are also set up on rooftops, and basically, bars are everywhere. 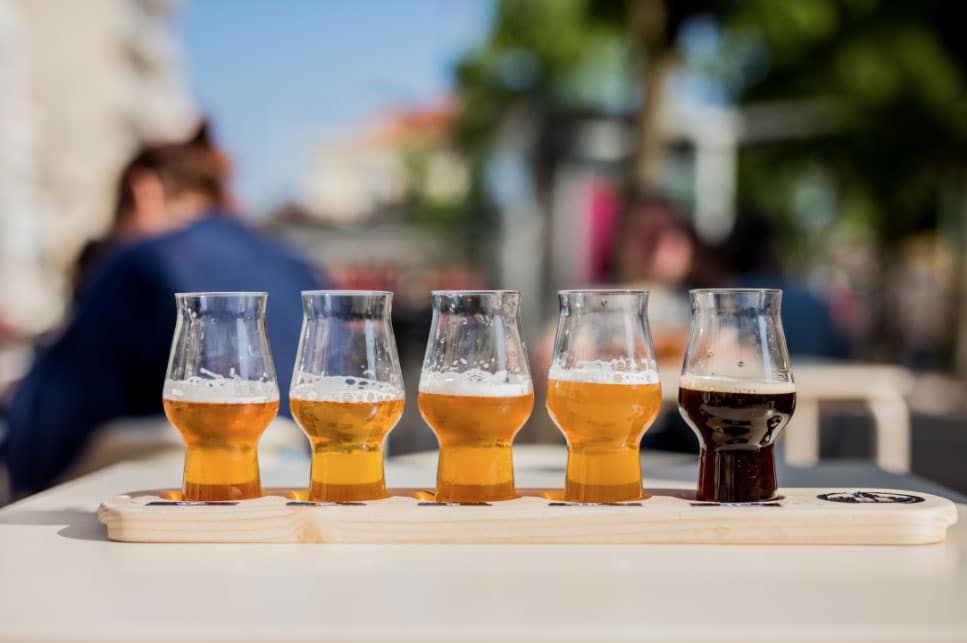 Enjoy a few beers at a rooftop terrace which also provide awe-inspiring aerial views of the city as the sun sets. 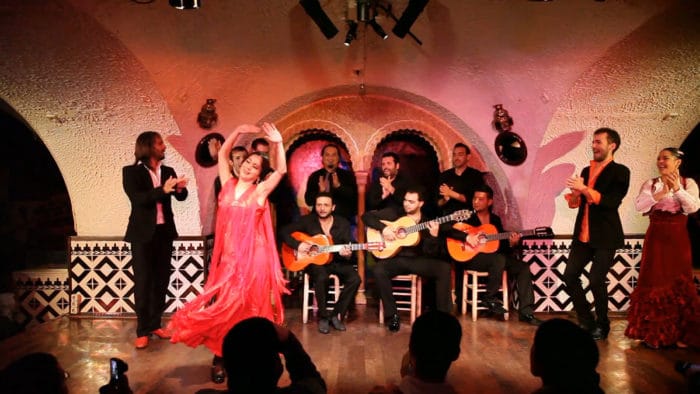 A lot of famous halls were constructed in the 1960s, and you shouldn’t have a problem finding one.

The Story of Mauro Morandi, Guardian of the Pink Island