The Black Hills in South Dakota, United States is home to Mount Rushmore National Memorial. The 18 m (60 foot) huge carvings represent 130 years of American history with four faces on the mountains. These faces are of 4 American Presidents selected by their role in safeguarding the Republic of the United States and expanding its territory. 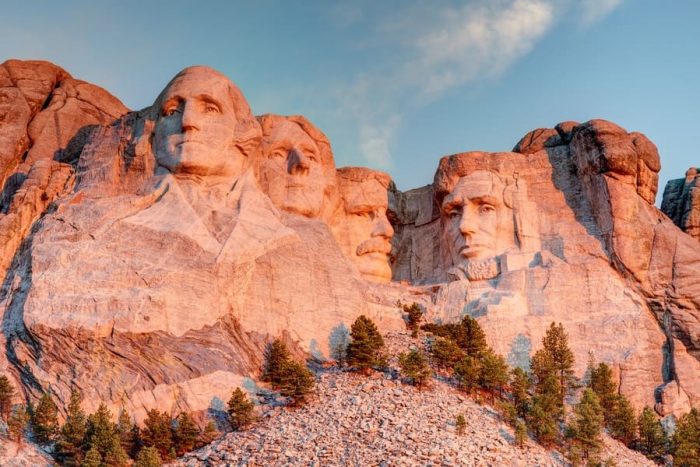 It includes George Washington as he was the first President, Thomas Jefferson for writing the Declaration of Independence and making the Louisiana Purchase, Abraham Lincoln for handling the Civil War and Theodore Roosevelt for Building the Panama Canal and for his conservative efforts. The Mount Rushmore National Memorial Commission was authorized on March 3, 1925.

The Birth of Mount Rushmore – Where Did It Get Its Name From?

Initially, for Lakota Sioux (A Native American tribe), the place was known as The Six Grandfathers or Cougar Mountain. Later on, a New York-based lawyer Charles E. Rushmore visited the Black Hills in 1884 following some mining complaints that had to be checked. 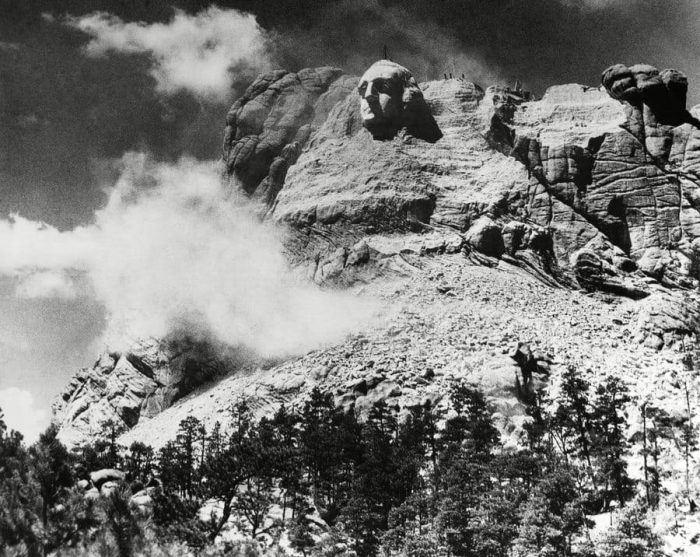 Mount Rushmore. The Construction Of Mount Rushmore, South Dakota, After The Face Of George Washington Was Carved, Photo By Granger/Shutterstock

He asked a local for the name of the nearby mountain. The man is reported to have said: “Hell, it never had a name, but from now on we’ll call the damn thing Rushmore.”

Assembling the Team and Starting the Carving Project

The carving project at Rushmore was launched to promote tourism in the region of the Black Hills in South Dakota. Historian Doane Robinson conceived the idea. It was debated for a long time and after several negotiations, involving President Calvin Coolidge and Congressional delegation; the project got approval from Congress. The carving finally began on October 4, 1927. 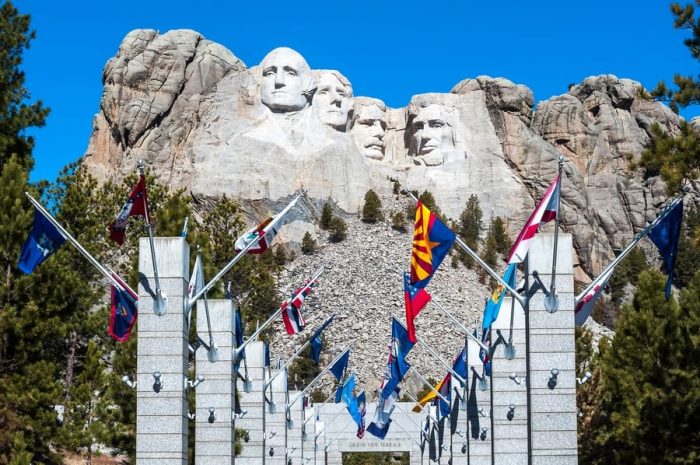 Gutzon Borglum was chosen to be the chief sculptor. Historian Doane coaxed Borglum to visit the black hills to make sure the project can be executed. Before this, Gutzon had been a part of the sculpting work for the Confederate Memorial Craving, a huge Bas-relief memorial to Confederate leaders on Stone Mountain in Georgia. Other notable artisans included Luigi del Bianca, a headstone carver and artisan in Port Chester, NY. He was appointed as the chief carver. Del Bianco, an immigrant from Italy, was also part of the team. He had an incredible skill of carving emotions and personality on to the portraits.

In the original plan, it was decided that the carvings should be made in granite pillars, but Gutzon had his apprehensions. He felt that the eroded needles would be too thin to support the sculpting. 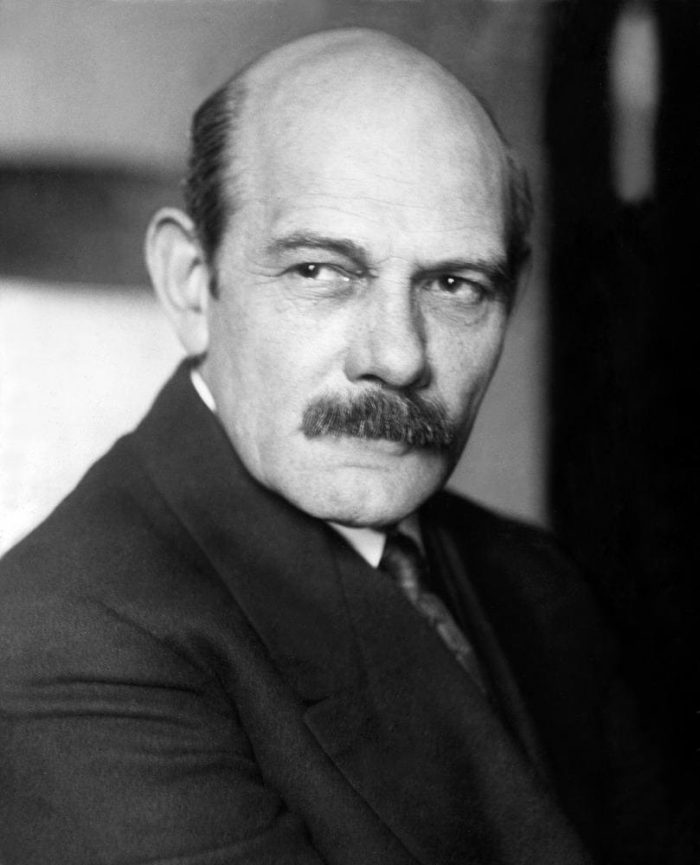 He is also credited for the selection of the location – Mount Rushmore. His reason was the direction. Being in the southeasterly direction, the place had maximum exposure to the sun. In Borglum’s words, “America will march along that skyline.”

400 workers along with Gutzon Borglum began sculpting the massive artwork. Initially, the workers started with jackhammers, but they made the process too slow. Three weeks went by, and there was no significant progress. On October 25, 1927, Borglum decided to try dynamite which was then followed by ‘honeycombing’ in which the workers are required to drill holes as deep as possible. 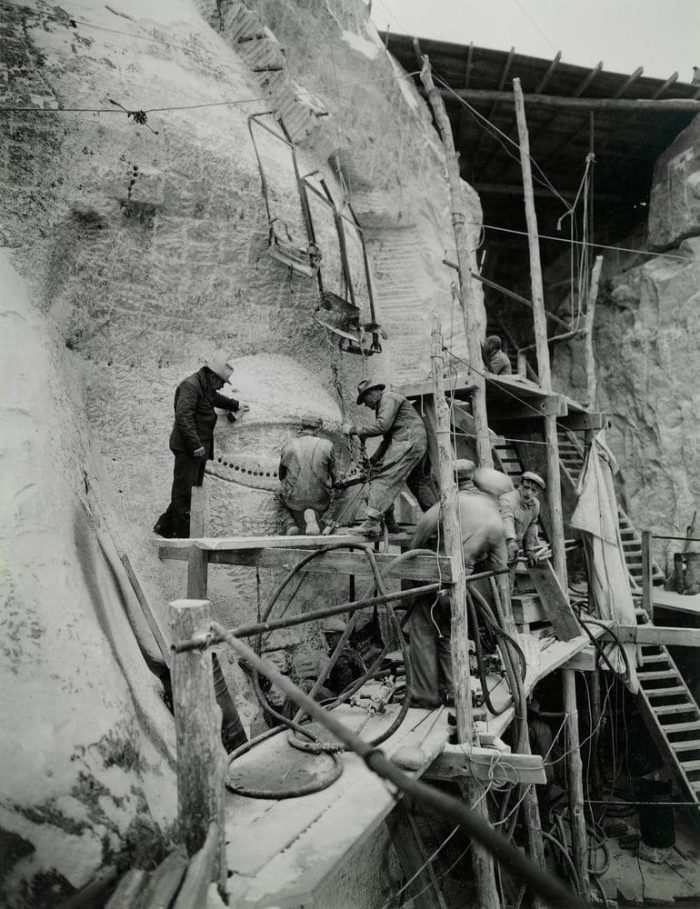 Artist Gutzon Borglum oversees work on Mount Rushmore. Workers are honeycombing, drilling holes into the granite very close together to weaken the granite so it could be removed by hand Photo by Charles dEmery, 1930s., Photo By Everett Collection/Shutterstock

Then an expert in explosives placed sticks of dynamite and sand in the holes starting from the top to the bottom. The charges were strategically detonated when the workers were at a safe location and usually during lunch hours. It was followed by removing small pieces by hand.

An approx. 450,000 tonnes of rock were blasted off and this way 90% of the granite was removed by using dynamite.

The treaty of Fort Laramie had handed over the Black Hills to The Lakota tribe in 1868. After the great Sioux war of 1876 (also known as the Black Hills War), the United States took over the area. The Members of American Indian Movement, a Native American group, tried to occupy the monument in 1971 and named it “Mount Crazy Horse.” These members had young activists, children, grandparents and Lakota holy man John Fire Lame Deer in it. A prayer staff was set on top of the mountain by John. According to him, the team made a shroud on the Presidents faces, and it would remain dirty till the treaties concerning the Black Hills were not fulfilled. 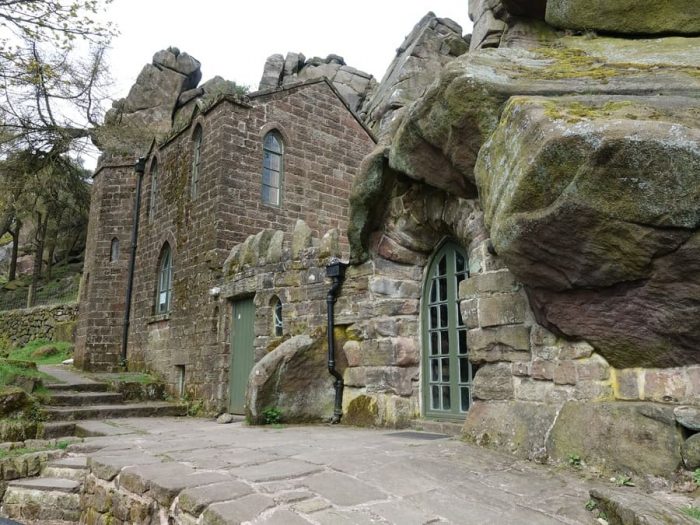 Gerard Baker, the first Native American was appointed as the superintendent in 2004.

The Crazy House Memorial would be made at a different location in the Black Hills to honor the famous American leader. This is stated to be in response to Mount Rushmore. It is claimed that it would be much more significant than Mount Rushmore and is supported by Lakota chiefs. The foundation has reportedly rejected federal fund offers. Meanwhile, it is a controversial subject in the Native American community too.

Mount Rushmore is a famous monument and hence been portrayed in a popular culture vastly. It is often depicted as faces added/removed/parodied/modified or as a cover for secret culture. Matt Stone and Trey Parker used the location as headquarters for their film Team America: World Police. In National Treasure: Book of secrets, the memorial is used as a cover for a fictional gold city. In the climactic chase scene of 1959 movie North by Northwest of director Alfred Hitchcock, the famous place was used as well. The 1970s hit album of Deep Purple named “Deep Purple in Rock” parodied the sculpture. 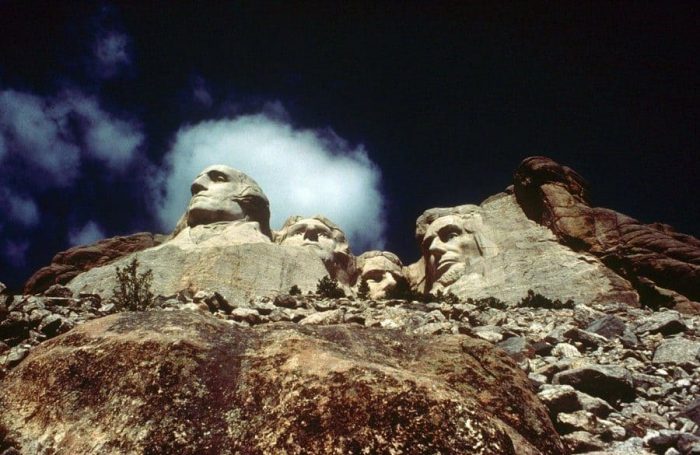 Gutzon Borglum died seven months ahead of the completion of the memorial. His son looked after the work after he passed away. Today the memorial is visited by approximately 3 million people every year, and its conservation is looked after by the National Park Service.

The Story of Mauro Morandi, Guardian of the Pink Island