From the likes of Egypt and Morocco all the way down to South Africa, the African continent is home to more than fifty different countries and some of the most beautiful natural locations on the planet. Whether you’re interested in expansive deserts, gorgeous beaches, lush jungles, historic cities, or something else entirely, you’ll find it in Africa.

The Picturesque Paradise of Praslin

If you’re interested in a classic beach holiday, Seychelles is the place to be in Africa, with the island of Praslin standing out as one of the very best spots. 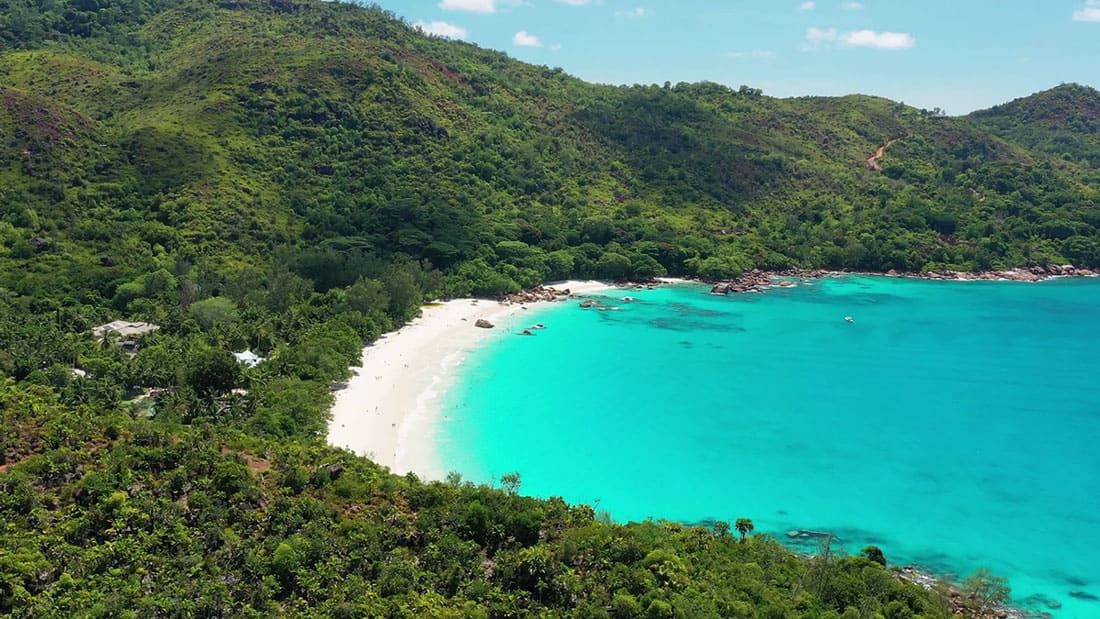 Home to only 7,500 people, this island frequently features on lists of the best beaches on the planet due to its supremely soft sands, warm waters, and beautiful views. Whether you’re stretching out on the sand or taking a dip in the water, you’ll find a lot to love at Praslin.

The Tiny Coastal Village of Fontainhas

For a prime example of what happens when mankind and nature live and work together in harmony, look no further than the little settlement of Fontainhas in Cape Verde. 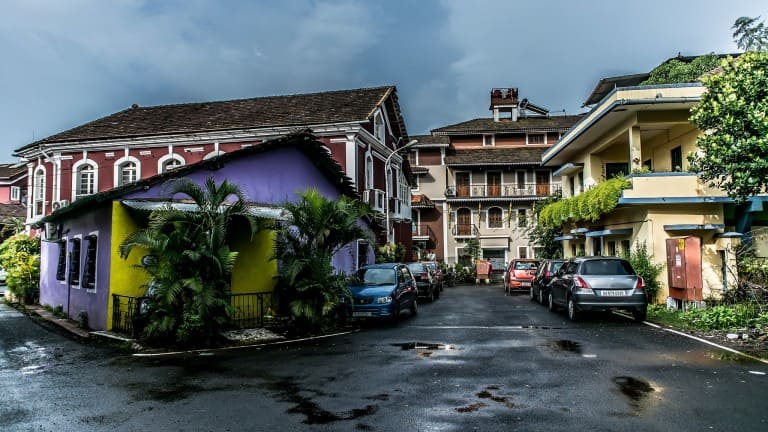 Located on the island of Santo Antao, this small village seems to be a natural extension of the surrounding scenery, with colorful homes and buildings seemed to be constructed right in the rocks themselves. The views are breathtaking, and the experience of visiting Fontainhas will leave you with memories that can never be forgotten.

The Beauty Of Blyde River Canyon

South Africa is home to some extraordinary natural locations, but none are quite as majestic or magical as Blyde River Canyon. 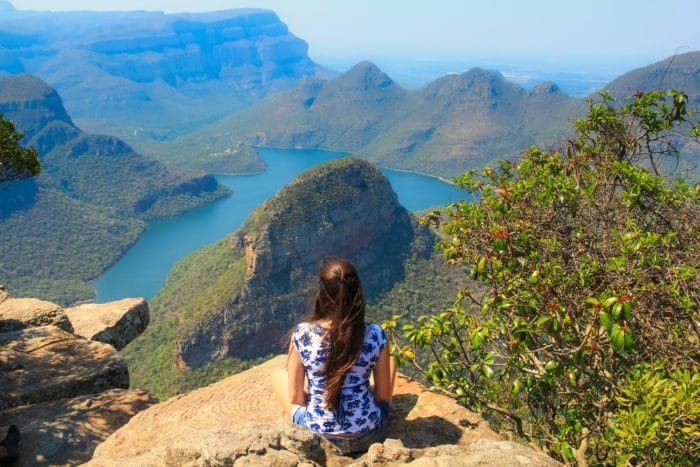 Also known as Motlatse Canyon, this incredible natural area is located Mpumalanga and made up of red sandstone, which is mostly covered up by dense vegetation and home to a rich array of flora and fauna, with the likes of vultures, eagles, monkeys, hippos, antelope, crocodiles, and many other species being spotted here regularly.

The Pink Waters of Lake Retba

Even the most seasoned of travelers might never have seen anything quite like Lake Retba. Located in Senegal, and also known as ‘Lac Rose,’ this lake actually features pink water, which is colored by the presence of a unique species of algae. 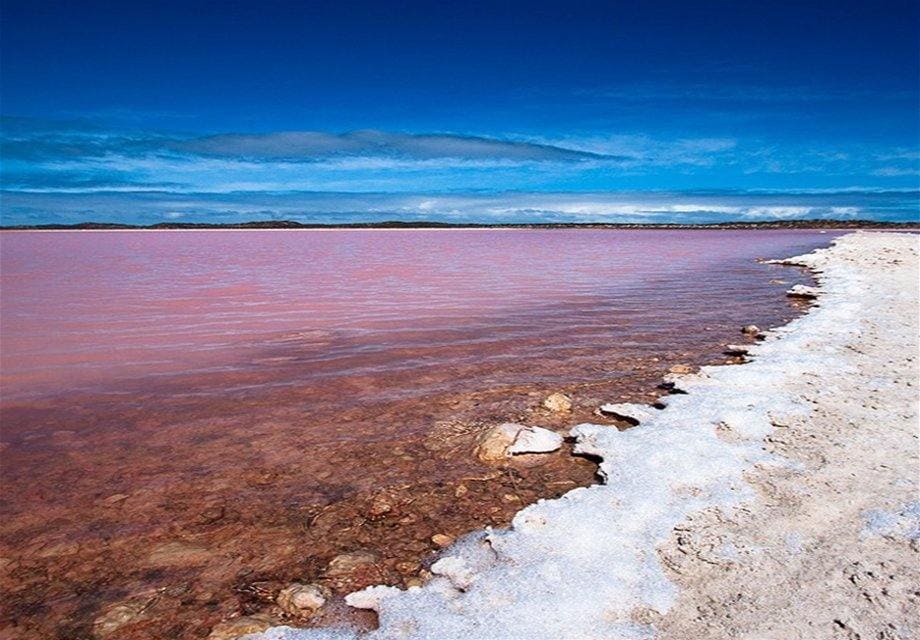 The river is unusually high in salt and is actually buoyant enough to let you float on its surface without needing a floatation device or having to kick your legs.

A Glimpse Into Finland, the Happiest Country in the World

Located in Ethiopia, Simien Mountains National Park is undoubtedly one of the most amazing national parks anywhere on Earth and is a prime example of Africa’s astonishing natural diversity. 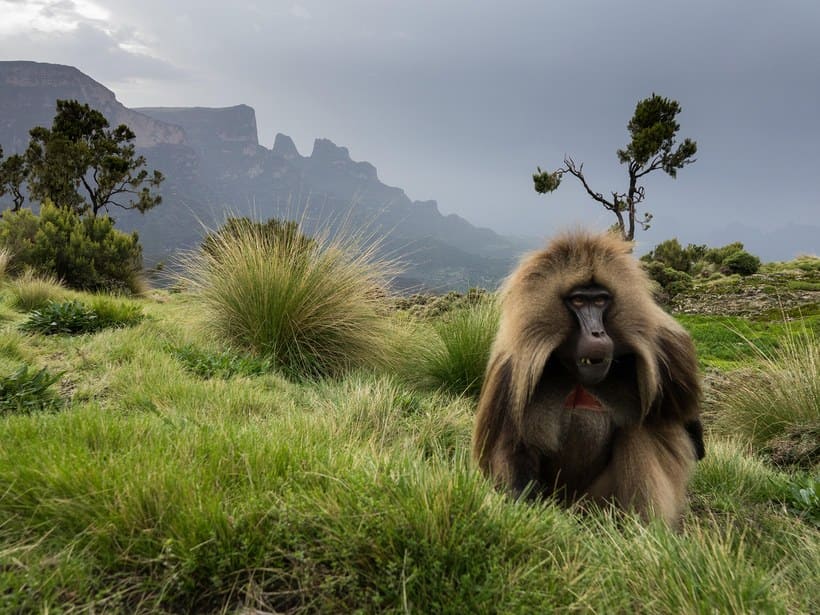 All kinds of endangered animals can be found here, living freely and undisturbed in an extensive natural habitat. The likes of baboons, caracals, wolves, goats, and many different types of bird can be found in this national park, which was made one of the first ever UNESCO World Heritage Sites back in 1978.

Located in Algeria in the Central Sahara desert, the Hoggar Mountains are a truly astonishing place that spread out across more than 200,000 square miles. 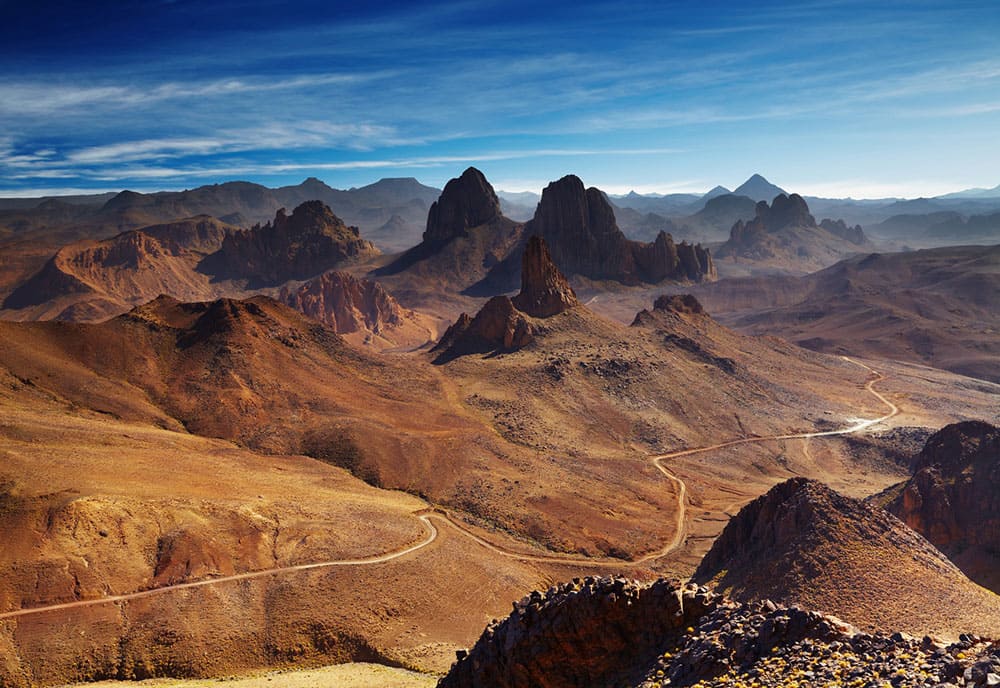 A trip to this location almost feels like landing on another planet as nothing, but sandy expanses and unique rock formations fill the landscape, stretching all the way out to the horizon. Many old rock paintings can be found here as well, dating back thousands of years.

The Capital City of the Ivory Coast, Yamoussoukro

The capital city of the Ivory Coast (Cote d’Ivoire), Yamoussoukro is an incredible place to visit for people of all ages and dispositions. Home to several hundred thousand people, the city is filled with beautiful resorts. 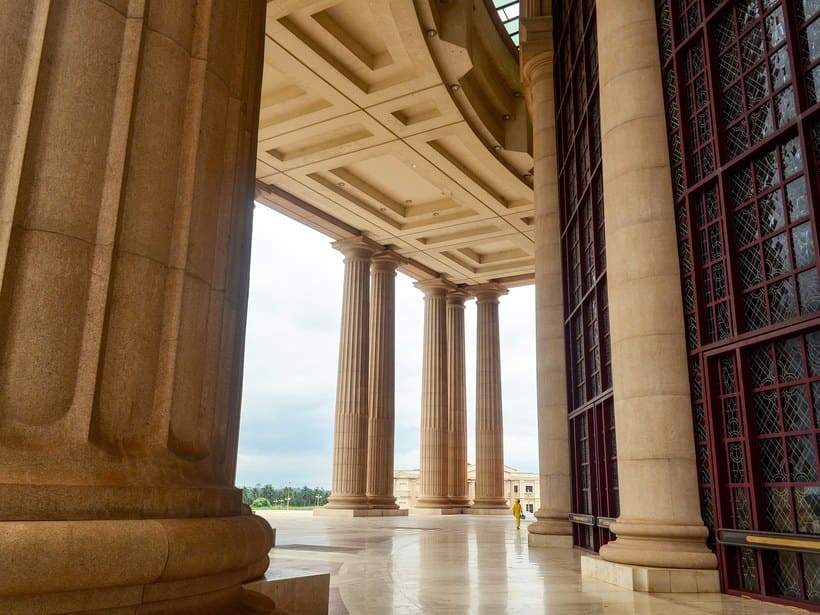 There’s nowhere better to soak up some local culture and taste some authentic cuisine, and Yamoussoukro is particularly popular with Christian travelers due to the presence of one of the most prominent Christian houses of worship, the Basilica of Our Lady of Peace, within the city limits.

The Amazing Avenue of the Baobabs

Of all the trees that can be found in Africa, the mighty baobab is perhaps the most iconic. With its immensely thick trunk, this tree is immediately recognizable and stands tall and proud as a symbol of Africa. 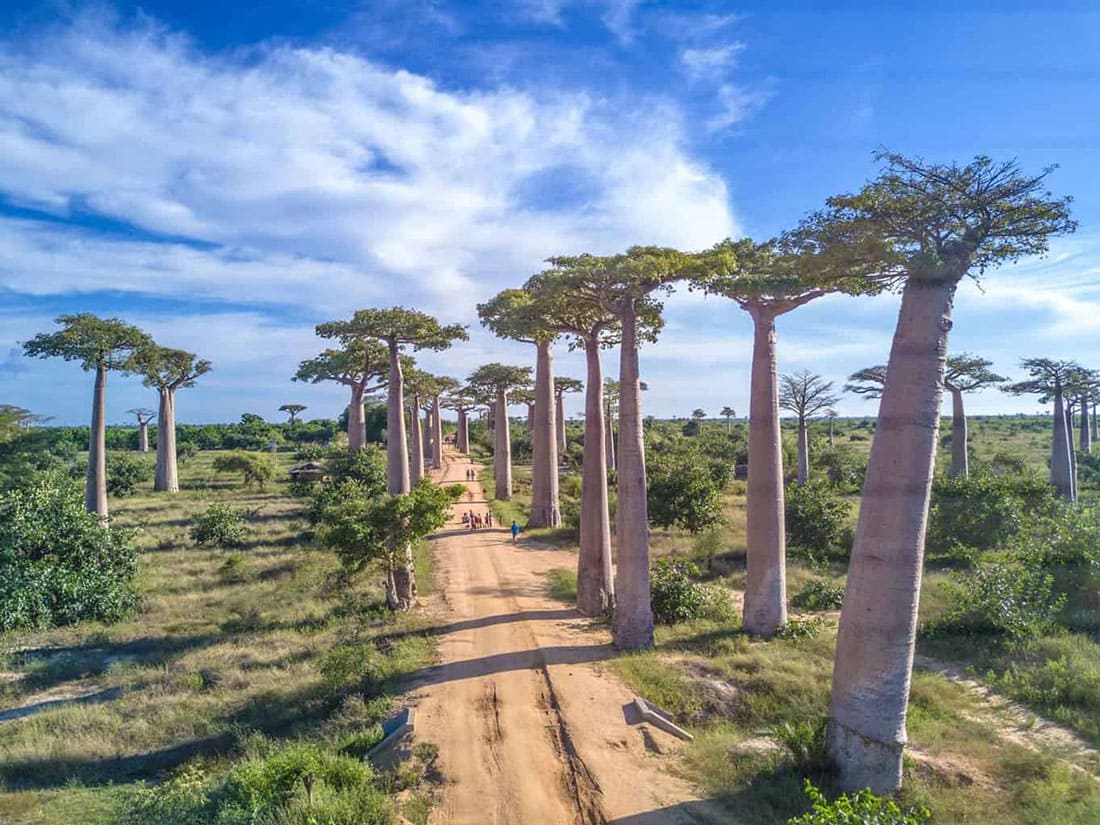 The Avenue of the Baobabs, located in the Menabe region of Magadascar, is a long road lined with baobabs on either side. The trees stretch up nearly 100 feet into the sky and are incredible to see at sunset.

The Historical Temples of Abu Simbel

If you’re an adventurous person who wants to feel just like Indiana Jones or a famed explorer of the past, a visit to the Abu Simbel temples in Egypt is a must-do part of any African vacation you might be planning. 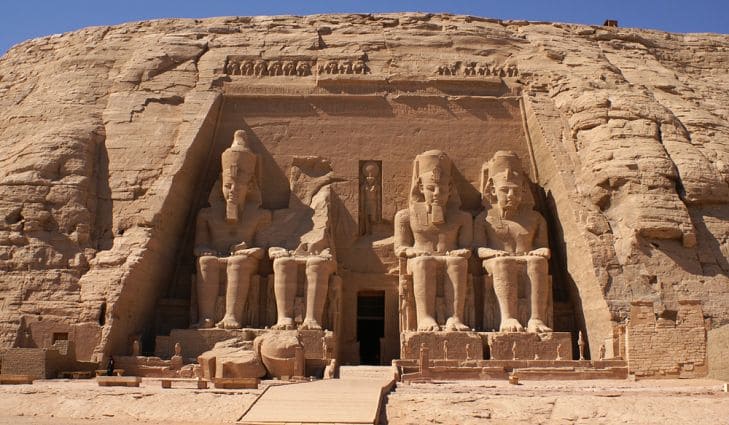 Part of the surrounding UNESCO heritage site called the Nubian Monuments, these amazing temples were carved right into the side of the mountain back in the 13th century BC and were relocated back in the 1960s to prevent them from being submerged underwater.

Must-Visit Secret Spots From Around The World

Home of the Flamingos, Lake Naivasha

A vast freshwater lake located in Kenya, right by the town of Naivasha, Lake Naivasha is one of the most majestic and beautiful lakes in all of Africa. 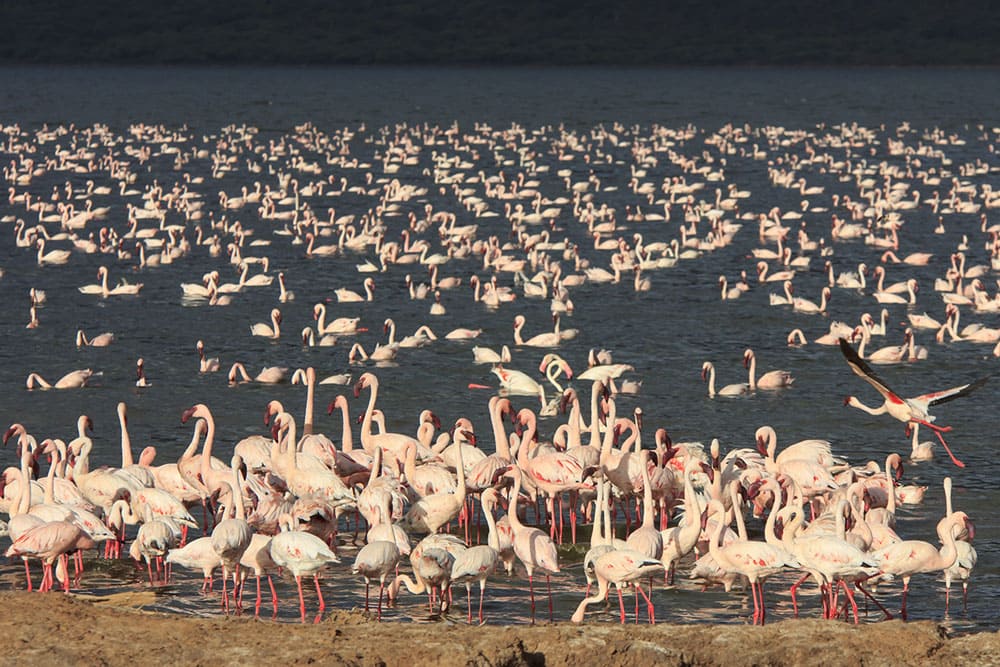 Like so many locations all around the continent, it’s home to a massive range of wildlife, with large flocks of flamingos often seen here at certain times of the year and many hippos and different kinds of birds being spotted all around the lake as well.

Victoria Falls Will Take Your Breath Away

Situated in southern Africa, right on the border between Zambia and Zimbabwe, Victoria Falls is one of the most beautiful waterfall locations on Earth. 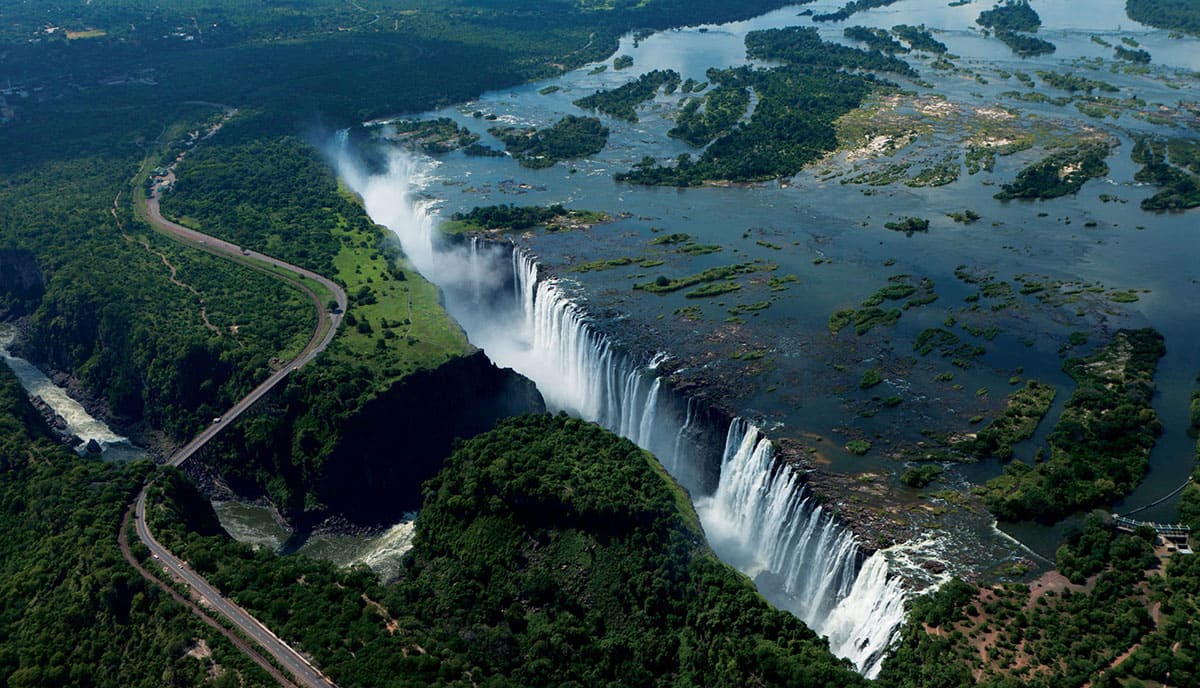 Named after Queen Victoria, the falls are also known as ‘Mosi-oa-Tunya’ in the indigenous Lozi language, which translates to ‘The Smoke That Thunders’ in English. These falls seem to stretch out endlessly in both directions, plummeting down into the mysterious, misty depth below and making a perfect backdrop for some fantastic photographs.

The Great Pyramids of Giza

One of the most iconic areas not just in Africa, but in the entire world, is the Giza pyramid complex. Not far from the Egyptian capital city of Cairo, these extraordinary structures are some of the most visited and most amazing monuments to have been built by human hands. 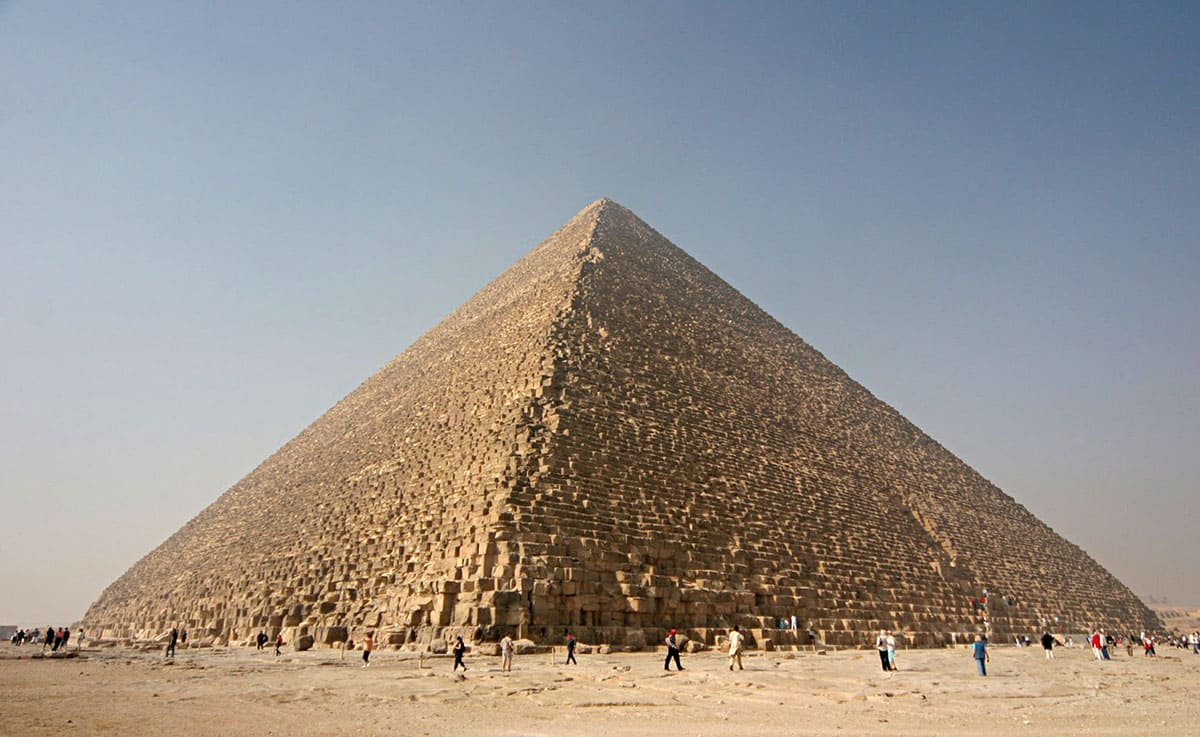 A trip to Giza includes the chance of admiring all three of the Great Pyramids, as well as the Great Sphinx itself and the surrounding industrial complex and village.