London is one of the most popular touristic locations on the planet, with millions of people flocking to the British capital city to visit landmarks like Buckingham Palace, Big Ben, and the London Eye. But there’s much more to London than those locations; read on to learn about some of the city’s secret spots.

The Soho district is well-known for its countless clubs and bars, as well as its unique aesthetic and thriving art scene. You can enjoy a full microcosm of the Soho experience at ‘Lights of Soho.’ This is essentially a bar that also doubles up as an art club and gallery. 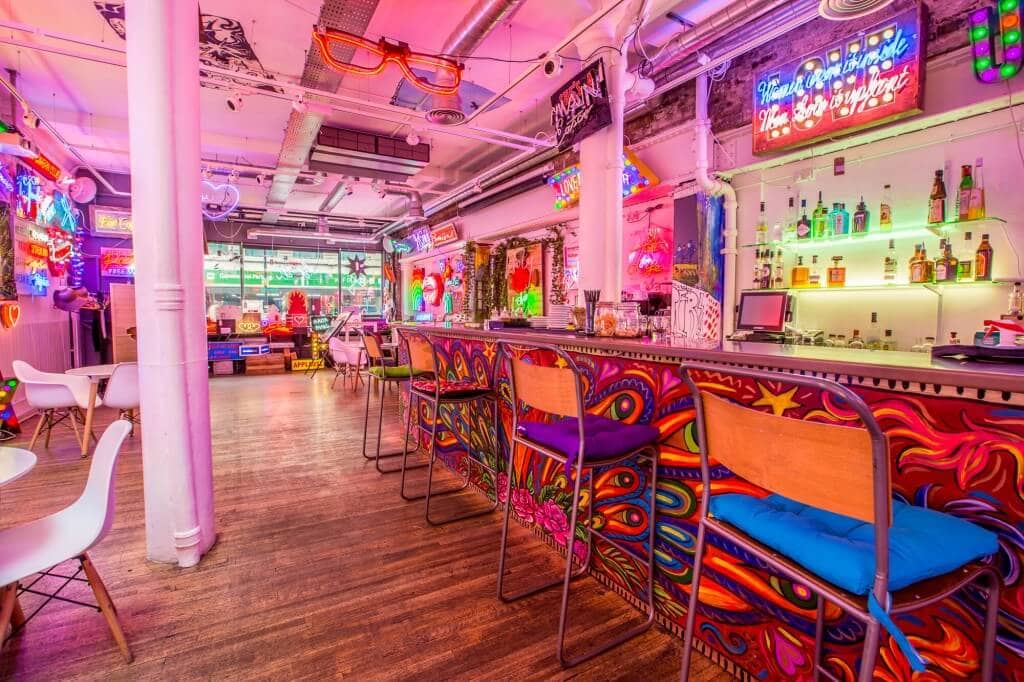 The interior is decorated with countless colors and so much to look at, so it’s a great spot to visit if you’re looking for a vibrant sensory experience.

The funny thing about the Leake Street Tunnel is that millions of tourists pass by without even knowing it exists. Situated in Waterloo, this incredible tunnel has played host to graffiti artists from all over the world, including big names like Banksy, who once hosted a festival at this exact location. 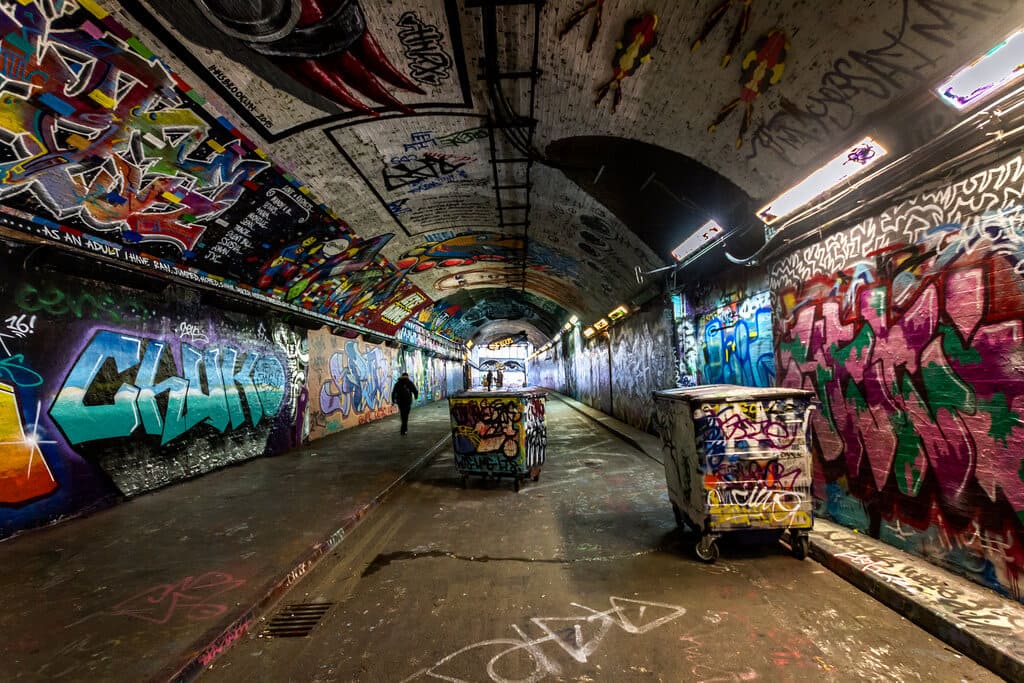 The walls are decorated with all kinds of colors and tags, providing a perfect backdrop for some cool selfies to share with all of your friends.

Located out in Walthamstow, Gods Own Junkyard doesn’t fit into any traditional box or match with any label. It’s essentially a bakery, a shop, and an art installation all rolled into one. 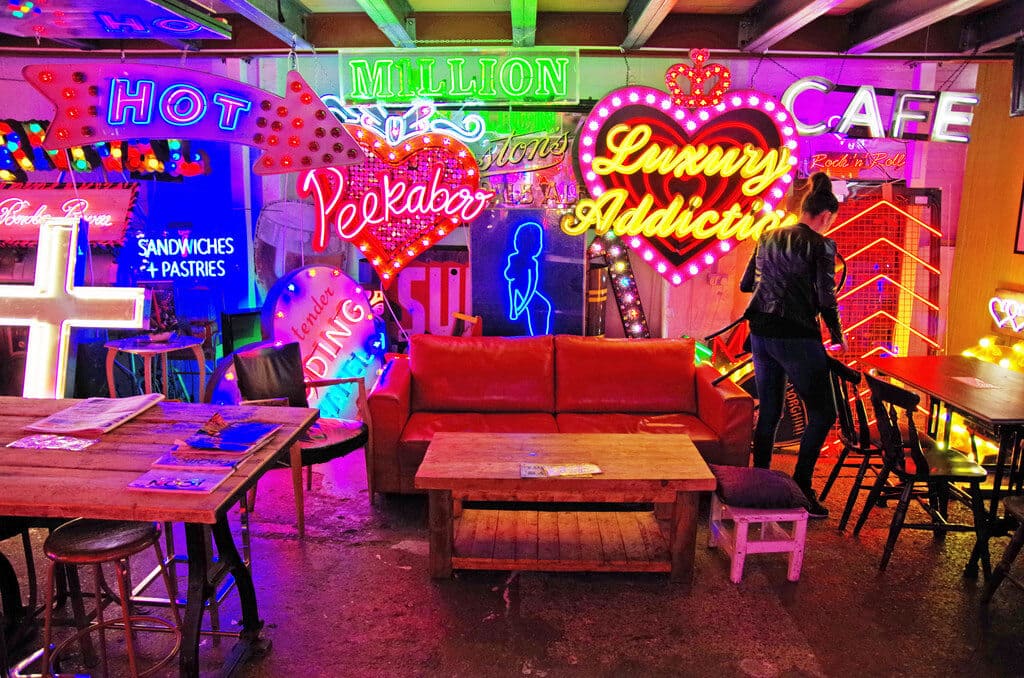 Neon lights of all kinds decorate the walls, with rustic furniture and so many different things to look at all around you. Some tasty treats can be enjoyed here too, and it’s a super hangout spot for in-the-know locals and London travellers.

Explore a Natural Oasis in the Middle of London

London is known a sprawling metropolis, with high-rise buildings and complexes all around, but it’s also home to some gorgeous green spaces if you know where to look. The Barbican Conservatory is found in the City and offers a great escape from the greys and browns of the city streets. 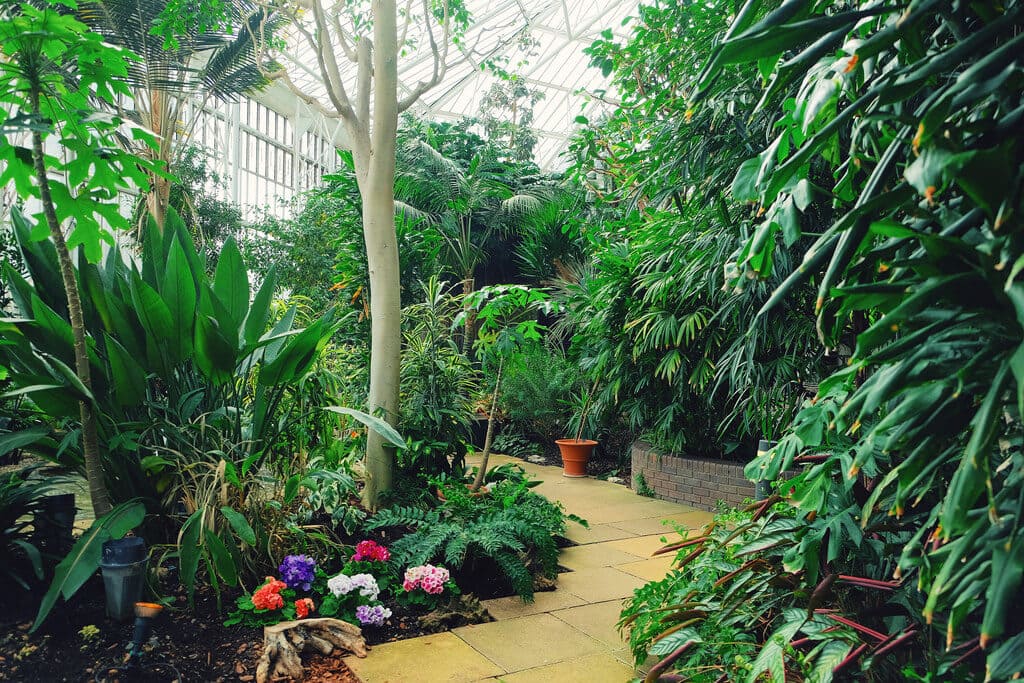 Home to more than 2,000 kinds of plants and trees, this conservatory is a great way to feel at one with nature in one of the most built-up cities in the world.

When you hear the words ‘pumping station’, beauty and intricate decoration aren’t exactly the ideas that leap to mind, yet that’s exactly what you’ll find down at the Crossness Pumping Station in Abbey Wood. 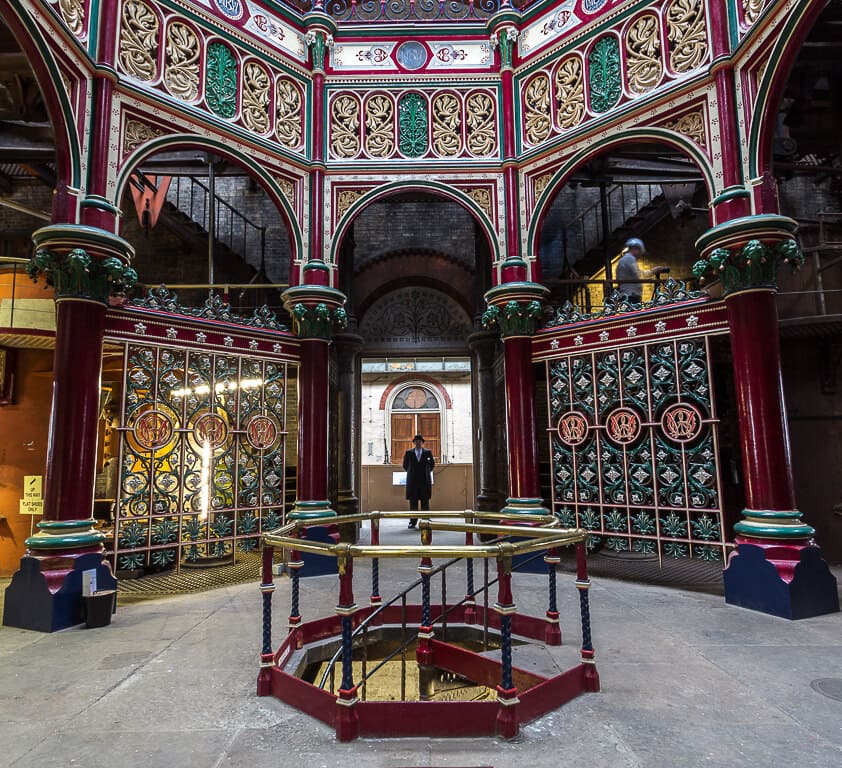 Despite being a sewage facility, this location, which was opened up back in the mid-19th century and designed Sir Joseph Bazalgette, is a gorgeous building with stunning ironwork and a powerful aesthetic that will leave you gazing around in amazement.

Big Ben is one of the most famous sites in London. Many people wrongly believe that Big Ben is the name of the clock tower, but it’s the name of the bell inside it. That bell was made down at the Whitechapel Bell Foundry in Aldgate East. 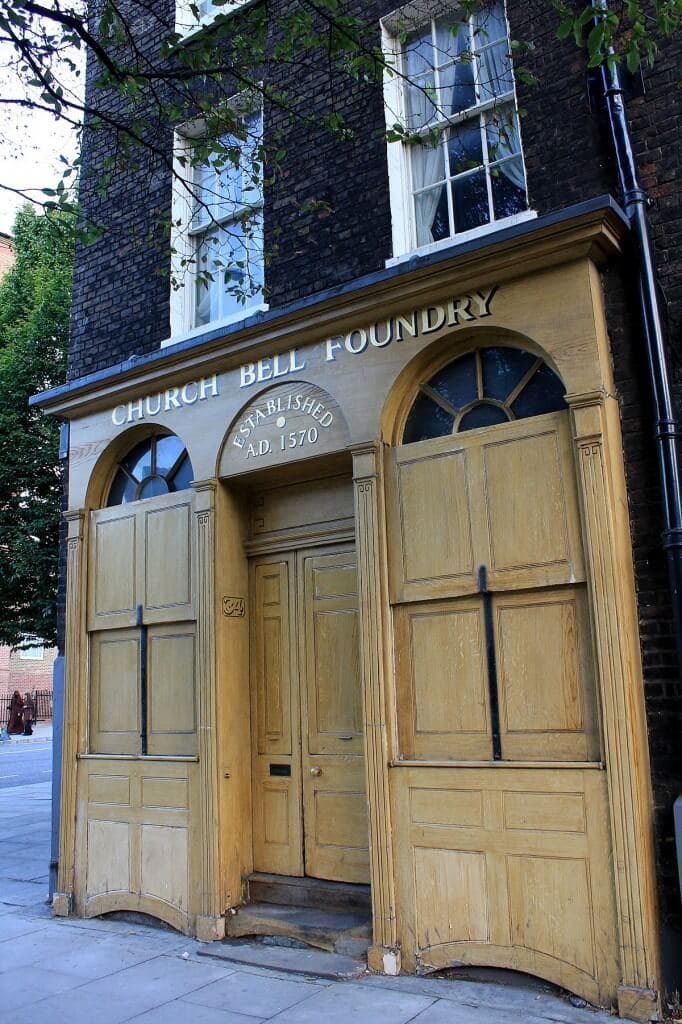 Established back in 1570, this bell foundry was also responsible for the creation of the original Liberty Bell, making it a very special place to visit for any history buffs out there.

Trafalgar Square is one of the busiest spots in all of London. Home to Nelson’s Column, the square is also the location of another very special landmark. The smallest police station in the entire United Kingdom can be found here. 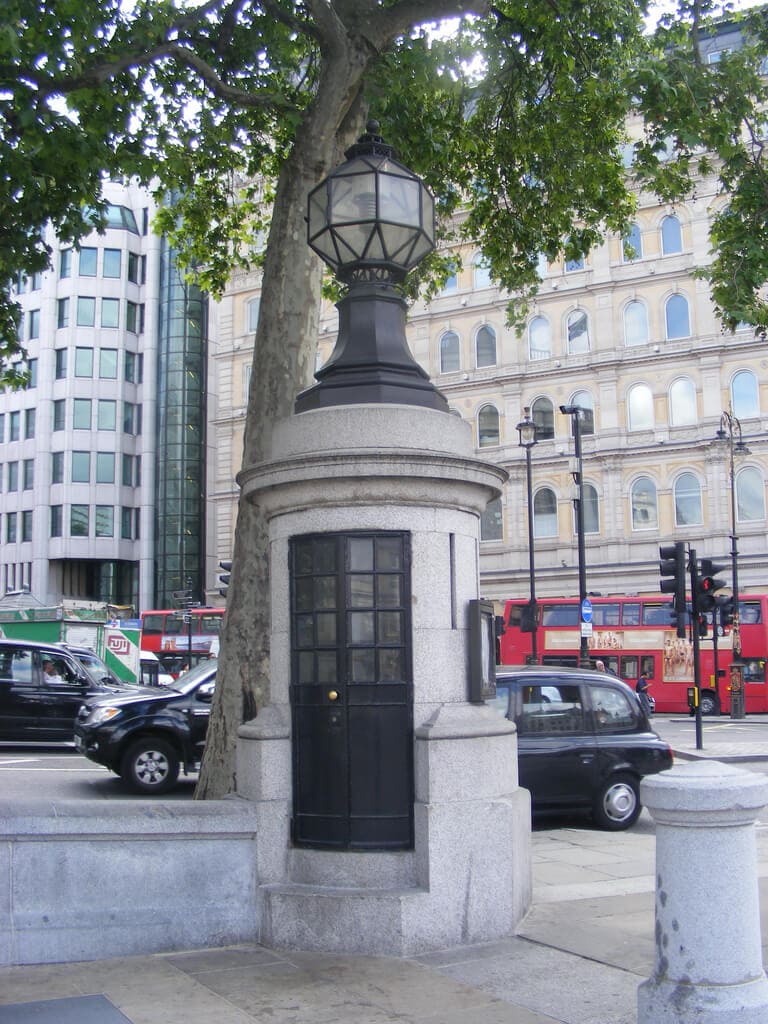 Just a little box with a door, this station was built back in the 1920s and was designed to cater to a single officer, who was stationed in the square to keep an eye out for protestors or troublemakers.

A Hidden Gem of a Park

London has several highly popular parks, with Hyde Park and Regents Park standing out as a couple of top examples. These parks are always filled with people and are quite touristic, so if you’re looking for something a little rawer and natural, head down to Camley Street Natural Park in Kings Cross. 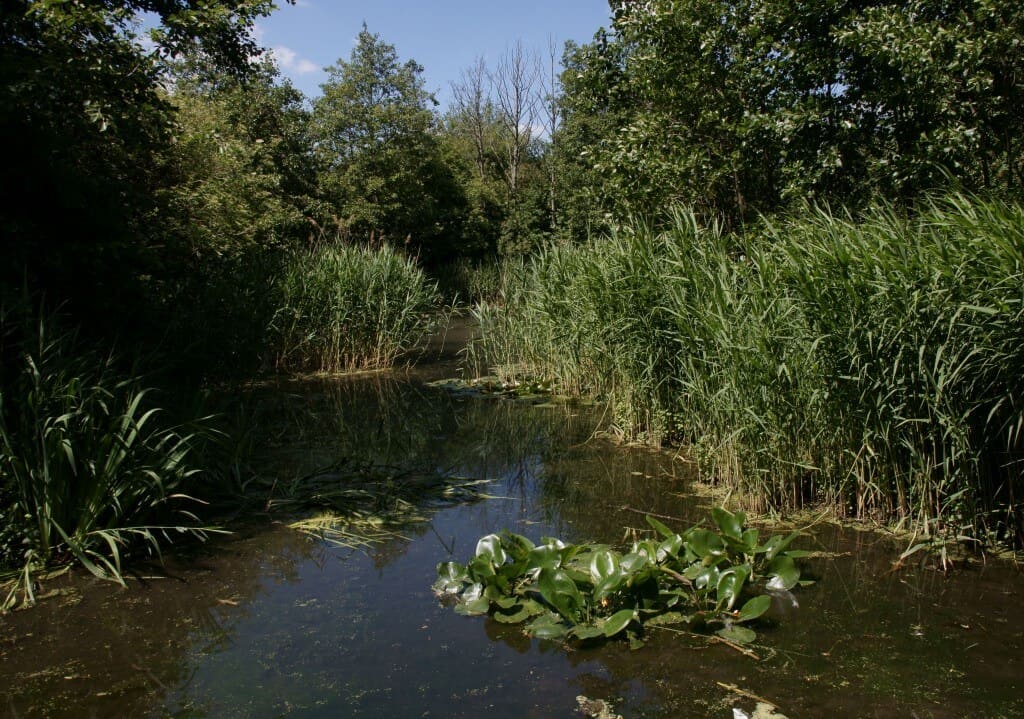 Stretching out across two acres, this little patch of wilderness is home to all kinds of wildlife and is a great spot to spend some time when you need to relax.

Pay Your Respects to Literary Legends

Down in The City at Bunhill Fields, some very special graves can be found. Literature lovers will want to add this location to their ‘to do’ list for their next London trip, as three of the graves here are for three giants of English literature: William Blake, Daniel Defoe, and John Bunyan. 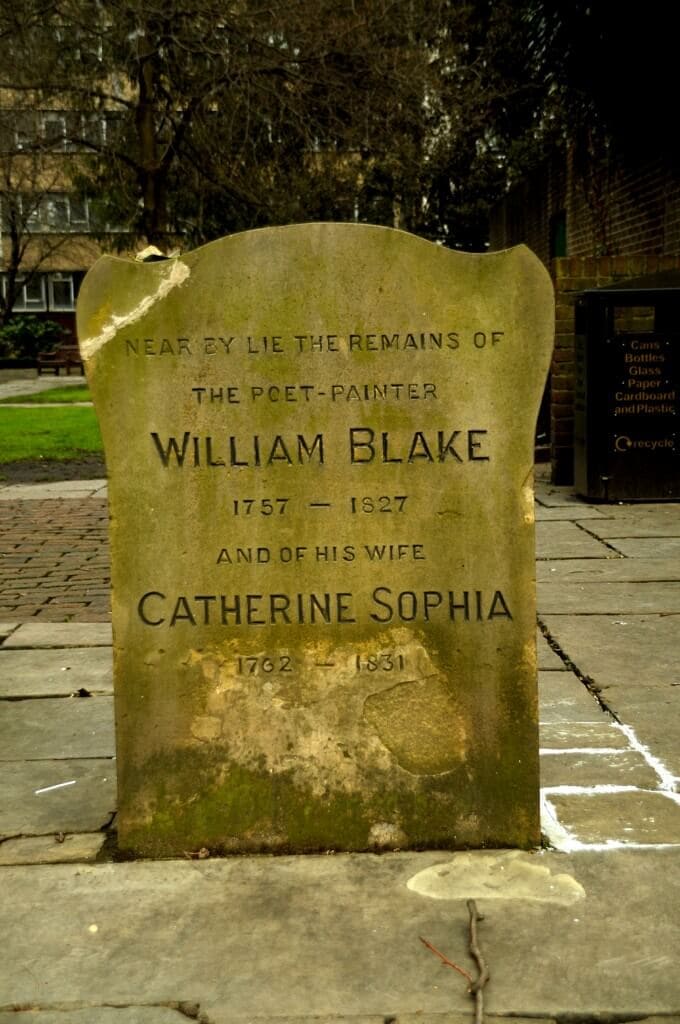 Responsible for writing some wonderful poetry and very famous books like Robinson Crusoe, these writers made their mark on the world.

A Genuine Windmill in the British Capital

London has a lot to offer, but there are a few things you would never expect to find in this city. A windmill is one of them. However, out in Brixton, the Brixton Windmill still stands as a testament to a by-gone age. 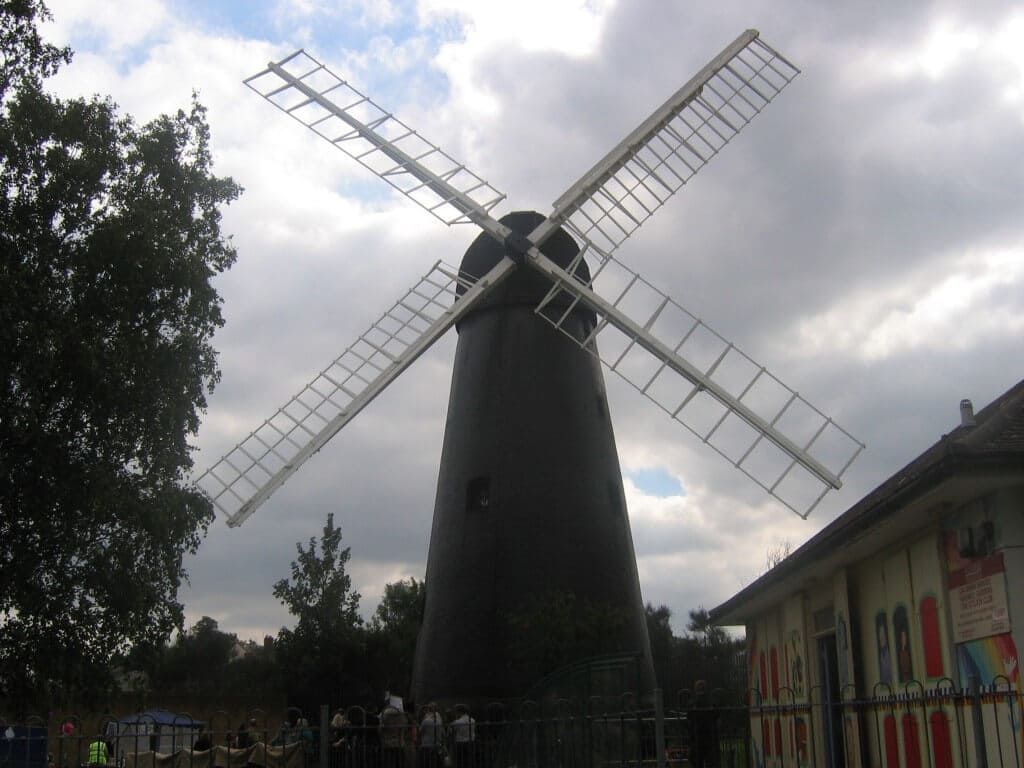 Constructed back in 1816 and used for several decades until being shut down in the 1860s, this windmill is a beautiful historic site that has been lovingly restored in recent years and is now available for public tours.

A Graveyard for Furry Friends

Hyde Park is one of the most popular spots in all of London. With its beautifully landscaped lawns and wide walkways, it’s a great place to spend an afternoon, but did you know it holds some hidden secrets, including an actual pet cemetery? 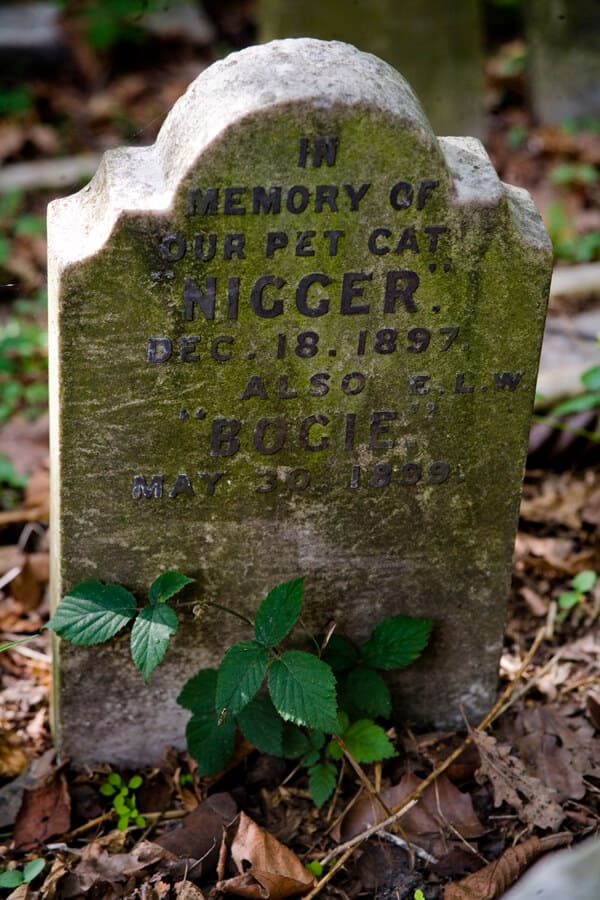 This graveyard got its start in 1881 and grew to become the final resting place of many cats and dogs. You can still see many of the gravestones, with their pet names and ages carved upon them.

Not the Real Number 10

Number 10 Downing Street is one of the most important addresses in all of London. It’s the official home of the British Prime Minister and is therefore very strongly guarded. 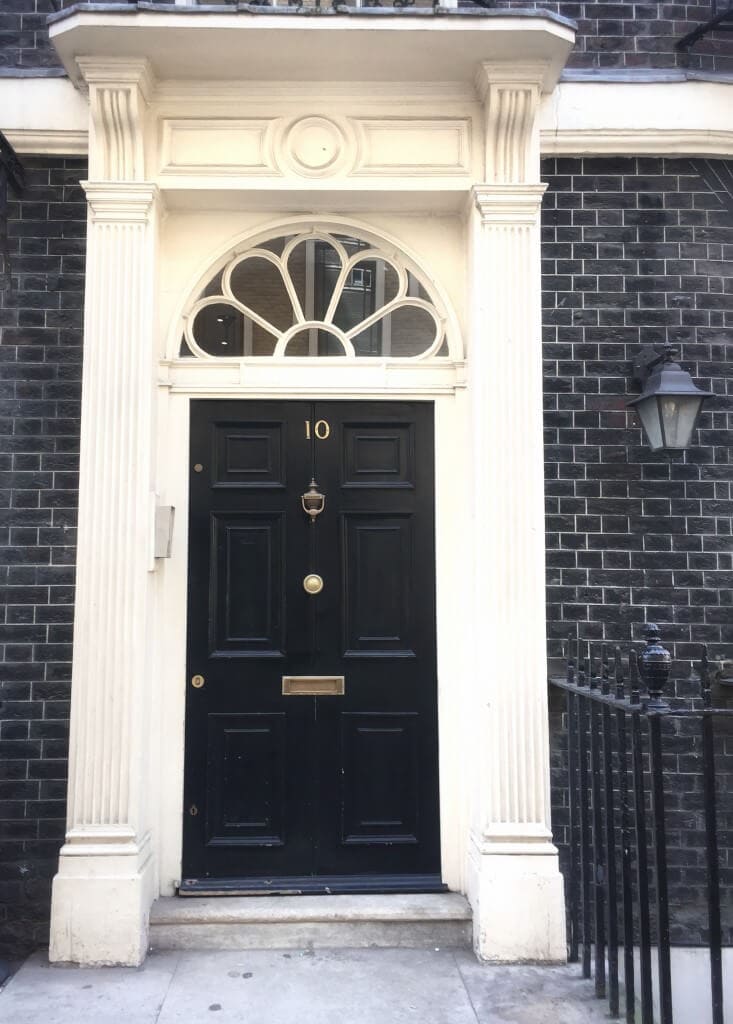 The public aren’t allowed at 10 Downing Street, but if you want to show off to your friends and pretend you were having tea with the high flyers of British politics, head around to Number 10 Adam Street instead. It looks just like Downing Street and is a super spot for some amusing selfies.

Inside the Unsolved Cases of the Bermuda Triangle