Everyone loves a good Disney movie, no matter what your age. But for those of us who are old enough to remember the classics when they first came out, like Aladdin and The Little Mermaid, it’s fun to learn something new about them. You know, like learning of the real-world places that served as the inspiration for the movies’ settings. 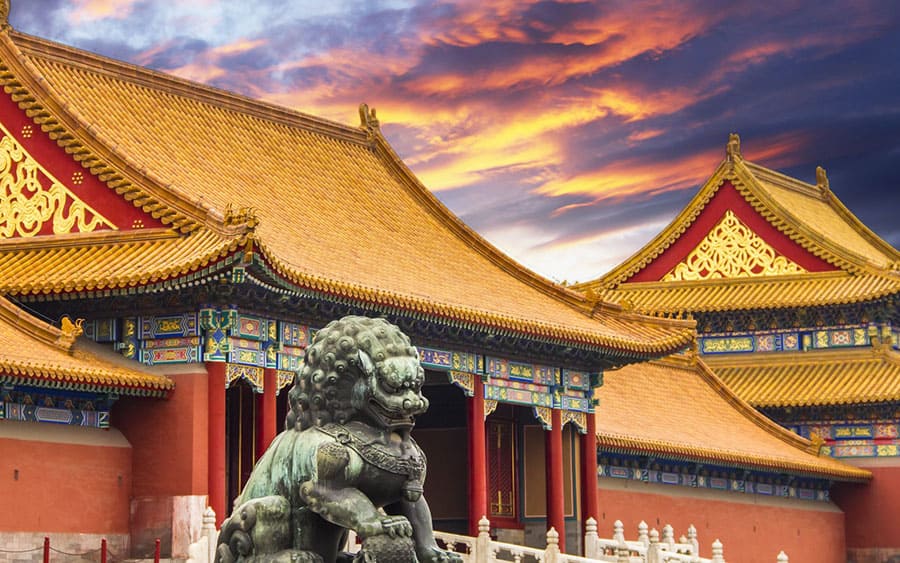 Here are a few real-life versions that match the Disney flicks. For instance, Lady and the Tramp, which was made in 1955, was inspired by Walt Disney’s childhood hometown of Marceline, Missouri. Walt certainly knew how to bring fairy-tales to life. The locations, from dramatic castles to enchanted forests to natural formations, were all hand-picked by movie production teams. And we love it!

The Taj Mahal is one of the great eight wonders of the world thanks to its architectural beauty that has just never been surpassed. It was built in 1653 by the Muslim ruler of India, Shah Jahan, which took 22 years to complete. It was a monument dedicated to his queen, Mumtaz Mahal. The Taj Mahal, meaning Crown Palace, is an ‘elegy in marble.’ It’s made entirely of white marble. 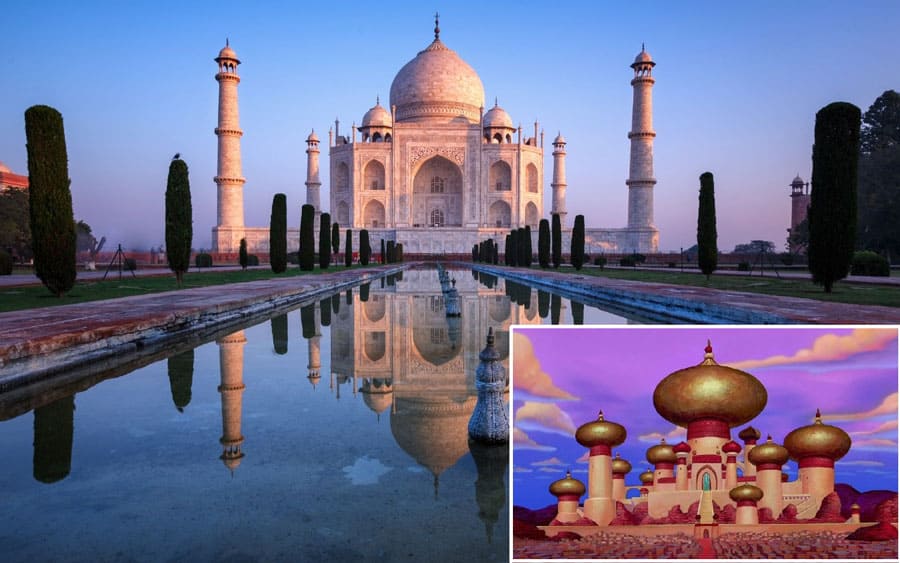 The palace glows at dawn, at sunset, and by the moon. Even though the movie Aladdin is technically based in the Middle East, particularly Jordan (which is thousands of miles from the Taj Mahal), it was still the inspiration for the Sultan’s palace. The resemblance is spot-on in this Disney classic.

Between 1490 and 1911, China’s Forbidden City was an imperial palace to 24 emperors. Today, it’s a museum sporting 10,000 rooms. The palace is surrounded by a moat. At one time in history, intruders were deterred from entering by watchtower guards who flung bows and arrows. The palace has five entrances – the central one was strictly reserved for the Emperor. 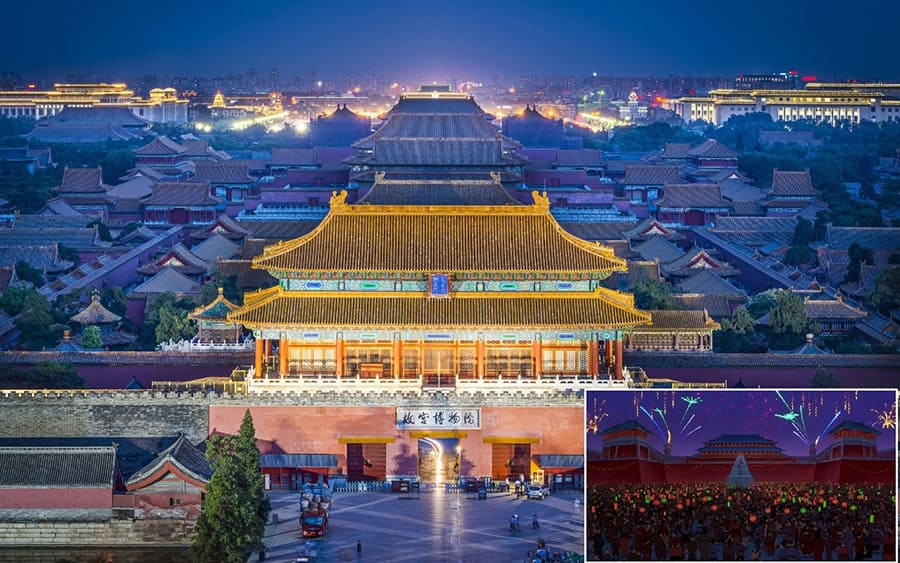 The empress was only allowed to pass through it once – on her wedding day. According to Chinese Feng Shui, evil spirits of the north were kept from entering. The design of the Emperor’s home in Disney’s Mulan takes its inspiration from this Forbidden City. The timeline of the movie was set during China’s Han Dynasty, around 200 B.C.to 200 A.D., but the Forbidden City was built 1,200 years later.

Nestled along Lake Geneva in Switzerland is a magical castle that really looks like it was taken right out of a fairytale. Chateau de Chillon is a medieval site going back to Roman times. Over the many decades, three noble families maintained the castle to make sure it was well preserved. Every year, nearly half a million tourists visit the Chateau de Chillon. 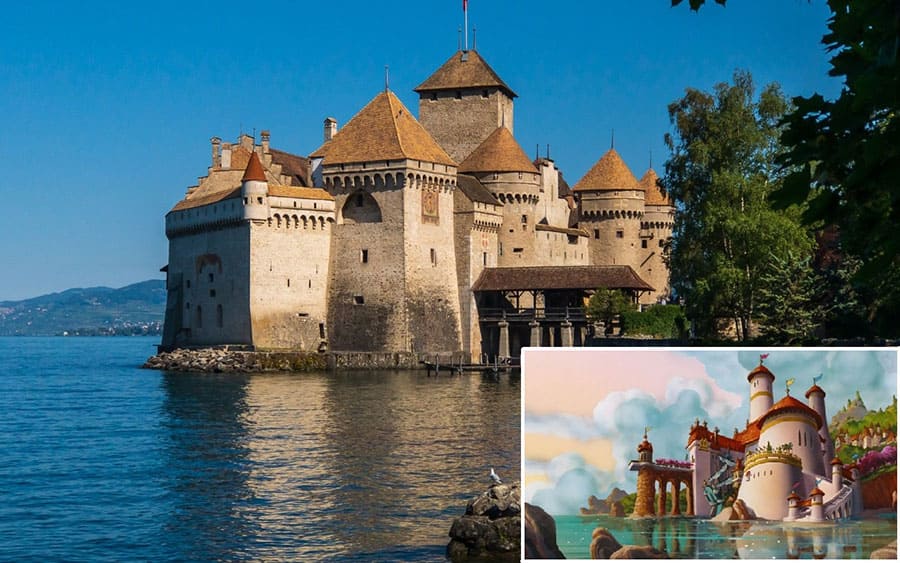 Over time, the Chateau has been used as a warehouse, an armory, a hospital, and even a prison. Lord Byron, the English poet, has etched his name into the walls of the fortress. For all The Little Mermaid fans, this castle was the inspiration. It became Prince Eric’s seaside castle. Even the rooms in the movie castle also resemble Chateau de Chillon in some ways.