Ever Dined in an Underwater Restaurant?

This is Under; Europe’s first underwater restaurant. It recently opened its doors on March 20th, 2019. It’s located at the southernmost point of the Norwegian coastline, where the north and south seas meet. The restaurant also functions as a research center for marine life. It gives tribute to the sea wildlife and to the coastline of Norway.

In Norwegian, “under” has two meanings: “below” and “wonder.” So it couldn’t be more of a fitting name. It’s half-sunken into the sea, as the building is 34 meters, breaking the surface of the water to sit directly on the seabed five meters below. It sits 5.5 meters under the surface. 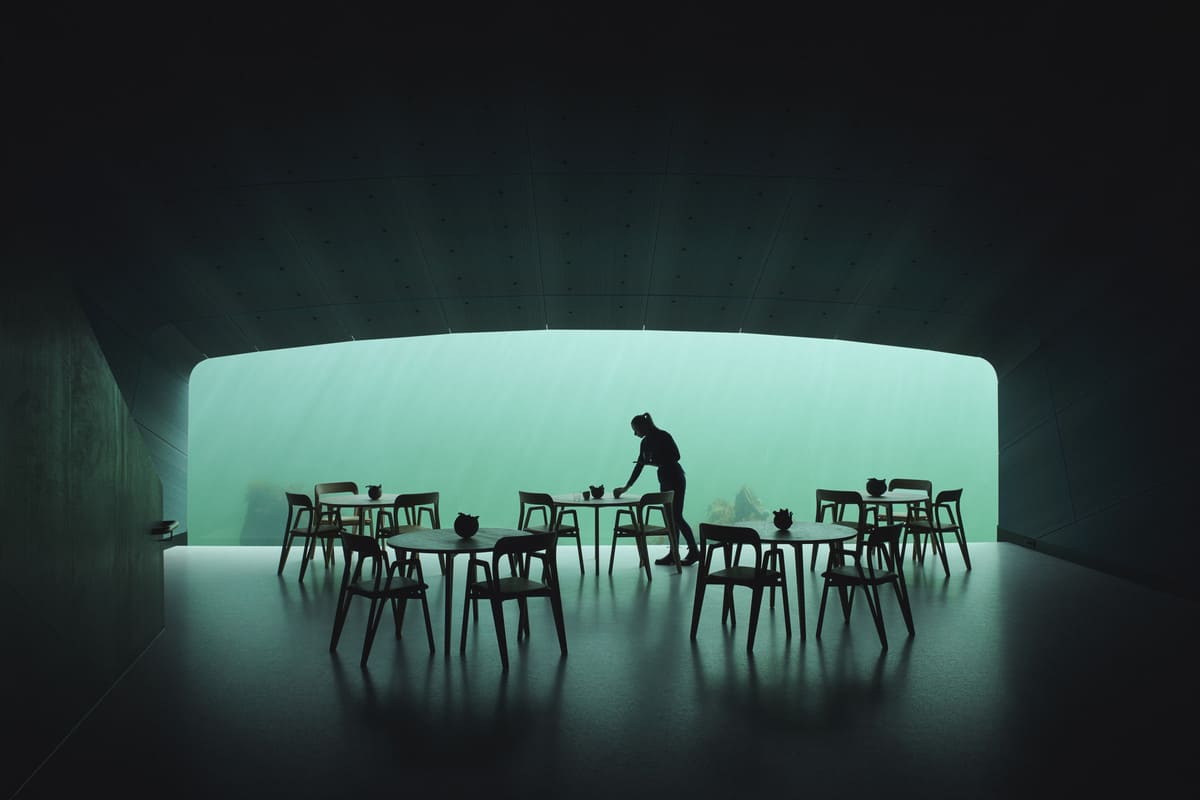 It was designed to integrate into its marine environment over time. The roughness of the concrete will function as an artificial reef, welcoming limpets and kelp to live there. Diners can enjoy the restaurant’s massive window with a view of the seabed which changes throughout the seasons and varying weather conditions.

The restaurant can seat up to 35-40 dinner guests every night. The dining room is protected by half a meter-thick concrete walls. The focus is to create a fine dining experience grounded on high quality, locally-sourced produce, with an emphasis on sustainable wildlife capture. 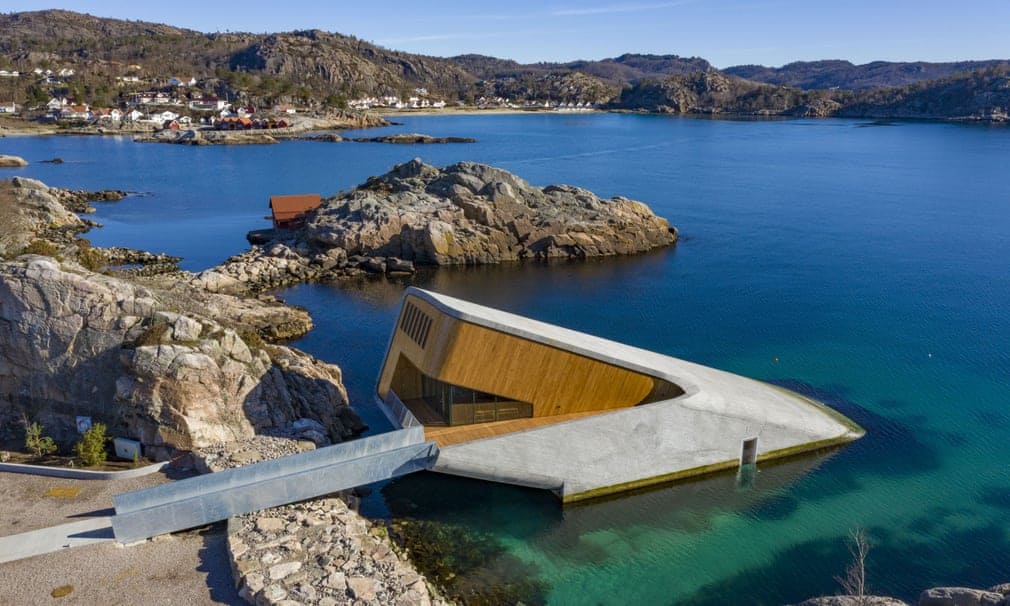 The head chef is a Danish expatriate, Nicolai Ellitsgaard, from the restaurant Måltid in Kristiansand. With him, he brought an international, 16-person kitchen team with experience from the top Michelin restaurants.

An important part of this project is the facilitation of marine research. The restaurant welcomes research teams studying marine biology and fish behavior, letting them use cameras and other measurement tools installed on and outside the restaurant. 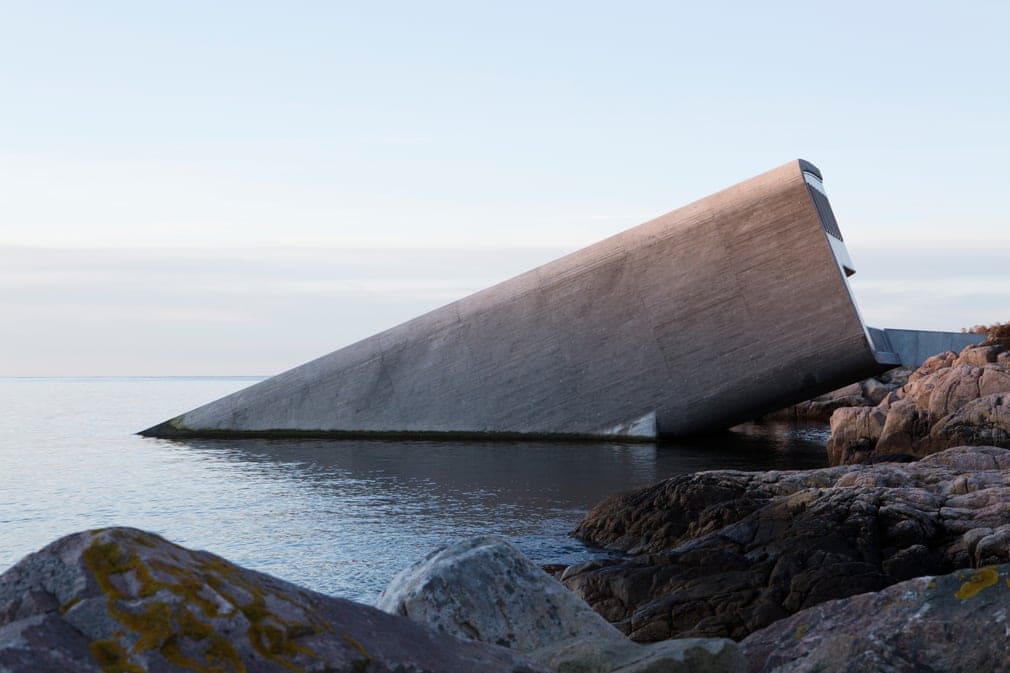 The experience of enjoying a meal in a restaurant that’s five and a half meters under the surface and to be able to watch the previously unseen activity on the sea bed is obviously something that is going to appeal to people. 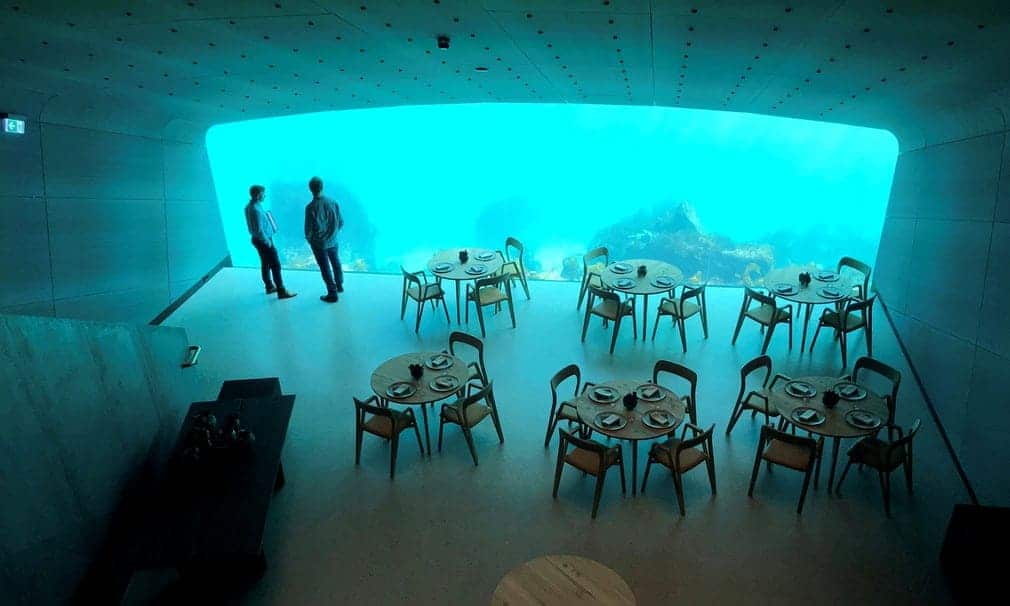 In fact, it’s so much of a hit even before its opening; the intimate restaurant had taken thousands of online reservations for its public opening. But if you’re inspired by the idea of underwater dining, you’re going to have to wait around six months for a table.

Don’t Read This in the Dark! Take a Peek into the World’s Most Haunted Places

At this point, thousands of people are waiting in line (virtually) with the first tables not available until mid-August. And then there are only a handful of dates open through September. 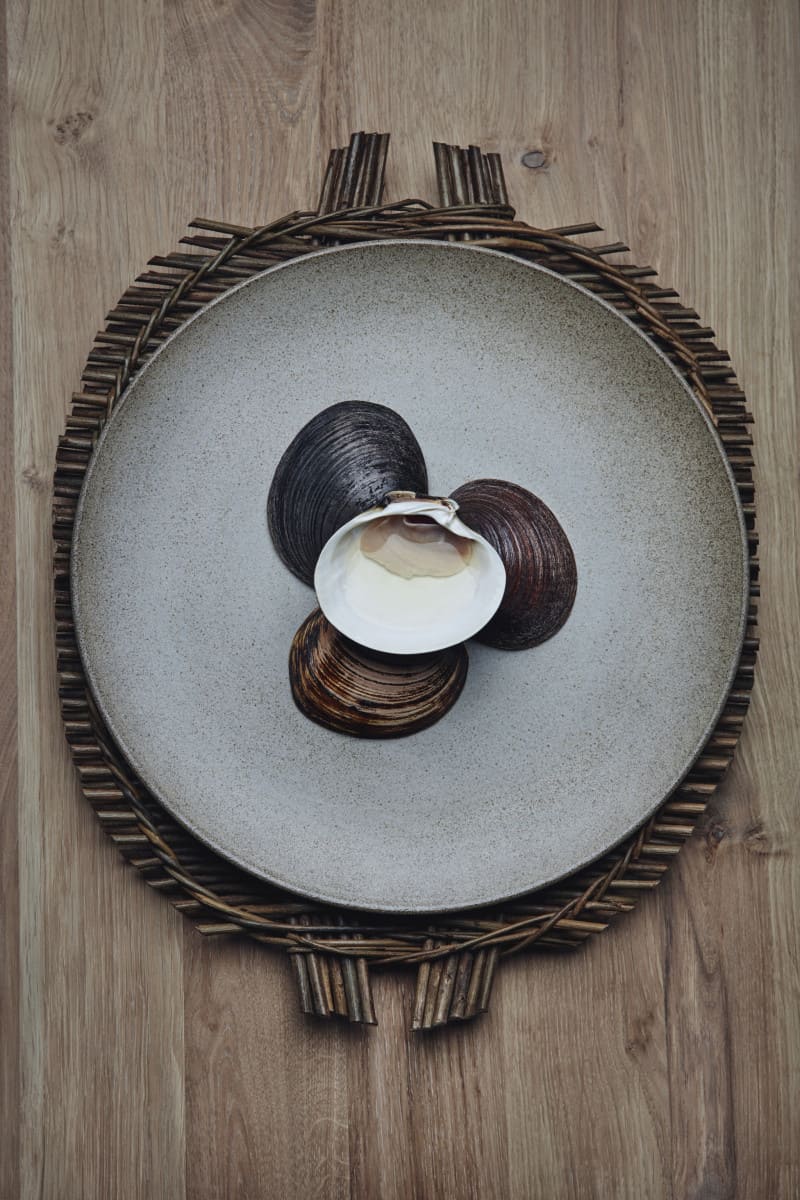 Under’s concept offers a fixed tasting menu that is altered with the changing seasons. Diners will pay a minimum of $260, which can go up to more than $400 if wine is included. Keep in mind, Norway is a country with high alcohol taxes.

White Island’s Eruption: It Was Only a Matter of Time